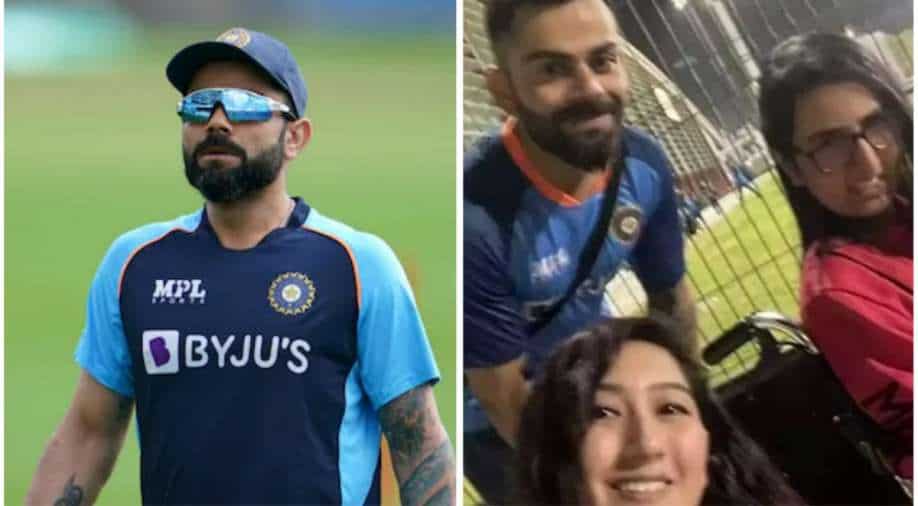 Virat Kohli has a massive fanbase all over the world. The 33-year-old Indian superstar is preparing for his international comeback at the upcoming 2022 Asian Cup, which kicks off on August 27. Ahead of India’s tournament opener against Pakistan on August 28 (Sunday) in Dubai, Kohli won hearts once again with his gesture for a specially disabled Pakistani fan who was desperate to meet him in Dubai.

Even though the tournament hasn’t started yet, many fans have flocked to the Dubai Stadium to catch a glimpse of star players and hope to meet them. Likewise, the Pakistani fangirl also attended the Indian cricket team’s training session in Dubai where she wanted to meet Virat. After waiting for hours, the fan finally met him when the former India skipper noticed her and asked security to let her meet him. The delighted fan also revealed the reunion details.

“I’m not a fan of anyone but Virat Kohli for whom I came from Pakistan hoping to get a picture clicked with him. I waited a whole month for this so the moment he finished his practice and was about to go back to his hotel, i tried a lot. He is an amazing person besides being a fabulous cricketer. He listened to me and accepted my request to click on the selfie,” she told PakTV.

Ahead of the Asian Cup, Kohli had also tweeted about MS Dhoni while recalling his time as the legendary captain’s assistant. He took to his Twitter account and wrote, “Being this man’s trusted assistant has been the most enjoyable and exciting time of my career. Our partnerships will always remain special to me. 7+18. ” The post went viral in no time.

Having been out of form for some time, Kohli will be hoping to deliver the goods to Rohit Sharma’s Indian side in the Asian Championship in the United Arab Emirates. The Men in Blue enter as defending champions, having won the title twice in a row since 2016.

Anasuya Bharadwaj speaks out against age shaming after rowdy Vijay Deverakonda fans attack her online: ‘This is my final warning’