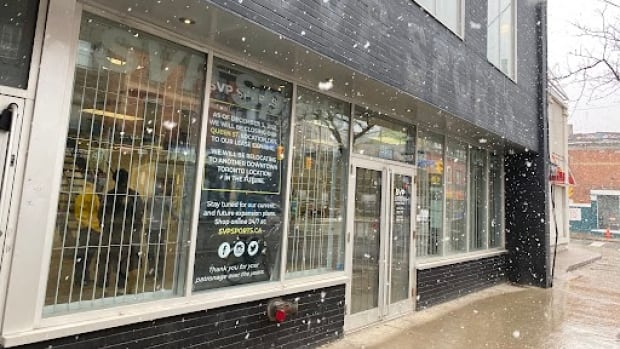 Toronto could become a temporary concert hall for new local artists, with the city considering turning a vacant downtown building into a concert hall and rehearsal space.

The venue at 468 Queen Street West would focus on Black, Indigenous and racialized artists, according to the council. Joe Cressy, representing Ward 10, Spadina-Fort York.

“A lot of music venues have been shut out of the city. We’re trying to creatively use city real estate to keep them here,” Cressy said in an interview Tuesday.

Cressy said the city’s live music scene was struggling before the pandemic and its problems have worsened over the past two years.

He said Queen Street West is a “music corridor” and it’s important to have accessible spaces for new and emerging artists to develop their skills.

“It’s a step in building a more livable city and live music is essential for that,” he said.

In the long term, Cressy said the city is redeveloping a parking lot, an alleyway and two commercial buildings on Queen Street West into new affordable housing, a park and a cultural venue. The city wants to use the properties before the space is redeveloped, he said.

The city council will consider the proposal on April 6

The city’s General Government and Licensing Committee will vote on the proposal on March 22. The city council is expected to consider it on April 6.

In a report, city staff say the city acquired the building in late 2021 with the intent of creating a public park that would encompass the building as well as 464 – 466 Queen Street West and part of 15 Denison Ave. . The park is to be developed after the lease with It’s OK* expires in 2024.

“The proposed lease will allow for interim use of the property until the City is ready to proceed with development of the new park,” the report said.

Said Yassin, founder and director of It’s OK*, said the plan for the space is to transform into a multi-disciplinary arts hub that would include performance and rehearsal space, coworking and a small gallery. It’s OK* works with Black, Indigenous and racialized musicians, promoters and broadcasters to develop talent.

“Spaces like this exist in one form or another, but they’re not run by people who look like us,” Yassin said.

It’s OK* DJ and board member Chris Wilson said the space has great potential and he envisions a “community hub for creatives”. The city needs such spaces, he added.

“It’s super important. Every conversation that we would have with someone who works in the creative field, who works in the arts industry, the thing that they would continually bring up is that they don’t have not the ability to collaborate. The spaces for that to happen don’t exist. Having a space where that can happen is critical,” Wilson said.

“This is exactly the kind of creative thinking about city building that Toronto needs most as we recover from the pandemic,” Ainslie said in the statement.

“Partnering with ambitious and innovative arts organizations to leverage city-owned properties is a critical tool in rebuilding our economy.”