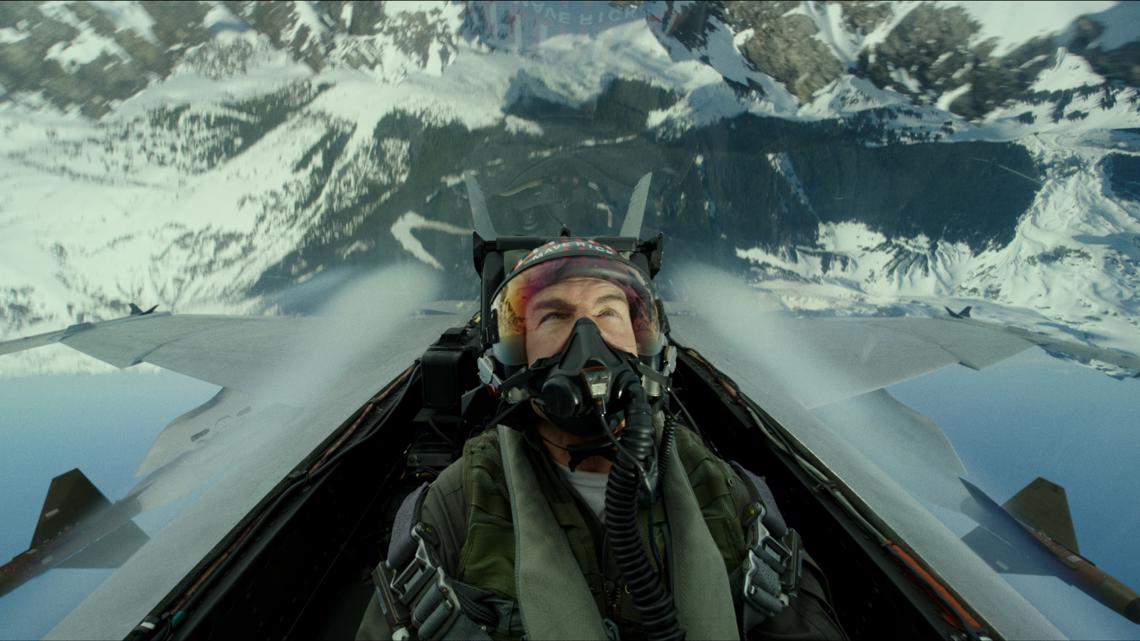 “We had the best Top Gun pilots in the world for our aviation and they made sure we stayed honest,” producer Jerry Bruckheimer said. “Anyone who thinks we’re pretending, they don’t know aviation.”

The flight scenes were filmed live, requiring the actors to undergo months of training to get in shape, practice safety protocols and learn how to handle themselves. They also completed a series of aviation training courses, designed by Tom Cruise himself.

“I think I vastly underestimated the amount of practice it takes to be able to perform and stay present and film while you’re in a jet pulling seven and a half Gs with the best pilots in the world,” said Miles Teller, who plays the role of The Rooster.

Most of the actors suffered from airsickness, and a few became familiar with “vomit bags”.

“Sometimes I was a liar because I would bring two puke bags, and I would puke in one and hold an empty one,” said Glen Powell, who plays Hangman.

At the time of filming, six cine cameras were set up inside the cockpits and the actors basically had to direct themselves. They also had to assess the lighting and “direct” the cinematography from the air.

“We had a mockup of the cockpit on the ground and before they jumped on the plane, we walked through every step of every scene, every line of sight, where the light should be, what the terrain should be and the choreography with the ‘naval aviator,’ said director Joe Kosinski.

Cruise was also an integral part of this process.

“Pretty much every place we flew Tom was the first person to fly. He would come back, land, they would download his maps from the camera and we would watch his footage,” said Jay Ellis, who plays Payback. “But all of that really pops out of your head because you’re sitting across from Tom Cruise, one of the greatest actors of all time, and you’re about to get in an F-18 and go 700 miles per hour.