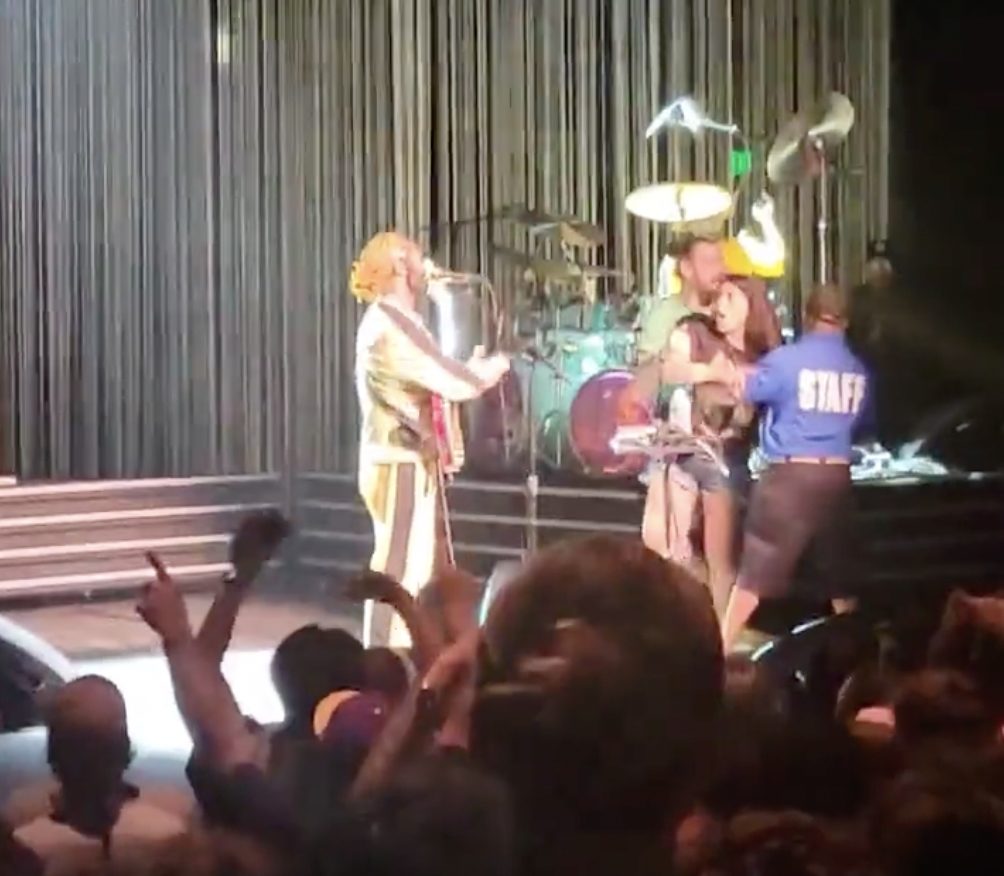 Sometimes, if you’re lucky enough to be invited on stage at a concert, the band may let you sing for/with them, like the time the Strokes had a fan sing “Ode To The Mets”. And then there’s what happened at a Thundercat show earlier this week. During Tuesday night’s performance of Thundercat at College Street Music Hall in New Haven, a fan in the audience somehow went past security, jumped onstage mid-song and hugged Thundercat, forcing him to interrupt the show .

After giving Thundercat a long hug, the stagecrasher lowered the mic and told the crowd, “Well here I am…I’m a singer.” She seemed really ready to live her main character moment and give her own live performance. But the crowd was not have it, letting out a chorus of boos. Thundercat politely tried to push her off the mic, and security took over, pulling her aside. The only thing missing was a vaudeville hook. Watch the whole scene below.

The craziest part, security, just let it pass! Like completely crawled across the stage from the ground to touch Thundercat and piss everyone off. Stopping this is their main task! pic.twitter.com/bqmMJ6Rfel

this was mf crazy😭😭😭😭 pic.twitter.com/rLtWUhLdmZ

Tonight was too bright. All night in flames. lol.

That same night, at a venue across town, a fan performed during the Snail Mail set, but that fan was invited.

An English rock band on the Silver Spring stage