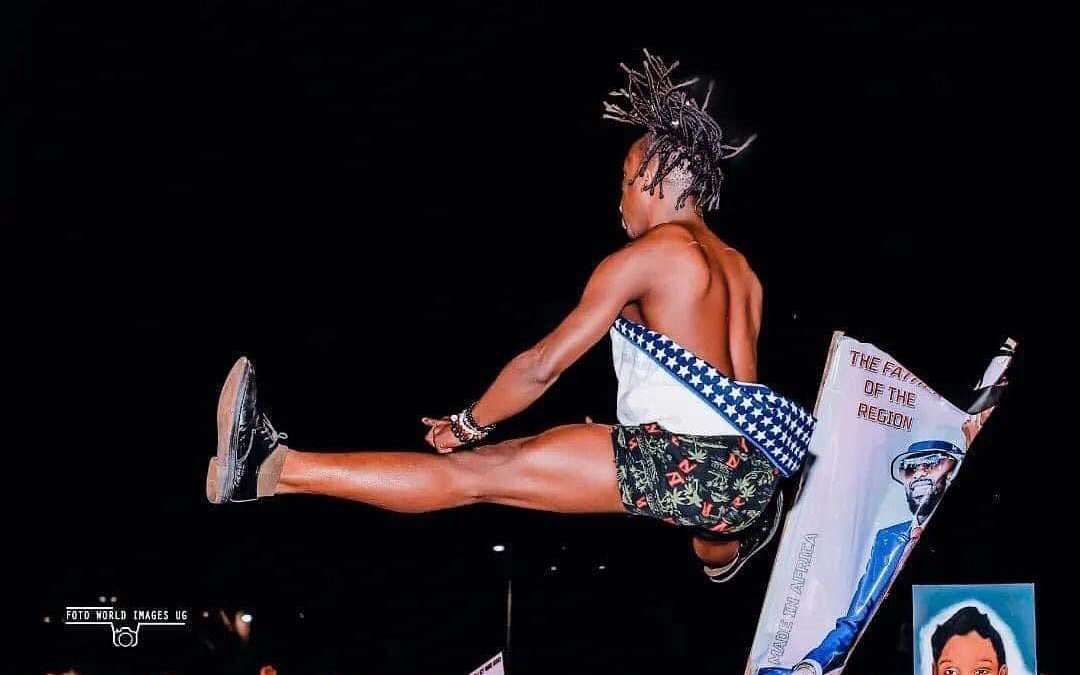 Known for her overly energetic performances, Roden Y Kabako fell off the stage when she collapsed during her performance at the Gravity Omutujju concert.

On Saturday, Gravity Omutujju continued to prove his critics wrong when he performed at the Lugogo Cricket Oval.

It was the rapper’s second try at the venue most local artists feared to dare and all eyes were on him.

He had the support of his ever-growing fanbase and other artists who came to make it a successful gig.

Read also : Kabako apologizes to Sandra Teta on behalf of Weasel and the entire music industry

Everything was fine until it was time for Kabako to perform.

With his collab song with Sheebah dubbed “Sitani Tonkema,” Kabako stormed the stage full of energy.

His signature long strides lit up the crowd and for a moment everything was going to plan until his foot landed on a weak platform on the stage.

Before he knew it, he was hurtling through the scene with breathtaking speed. The crowd that had captured the mood reacted in shock.

He was picked up by the bouncers and a few close fans and he took over the show. Watch the video below:

Singer Kabako falls across the stage while performing at Gravity omutujju concert. pic.twitter.com/bVo6vXIsna

Josh Ruby is an editor with great interest and knowledge of the Ugandan entertainment space, an industry he has been an active part of since 2010. Breaking story leads are welcome! More Josh Ruby