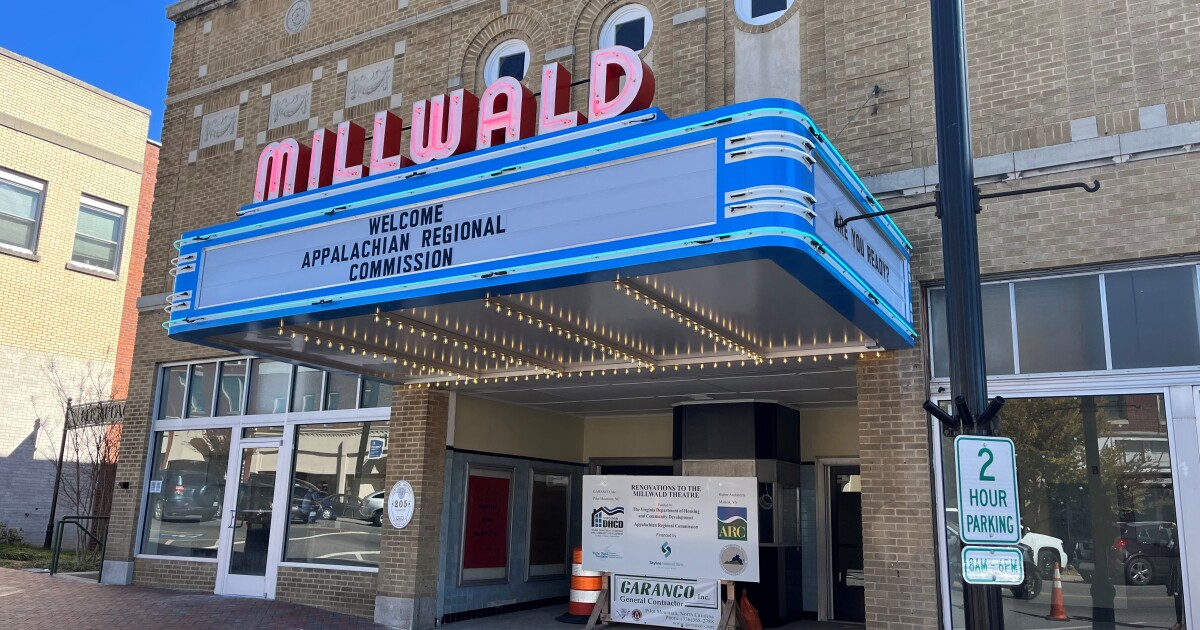 The historic Wytheville Theater is set to reopen on December 9

A handful of historic movie theaters across Virginia have reopened in recent years, and in December Wytheville will add its name to the list.

When it closed in 2006, the Millwald Theater was one of Virginia’s oldest movie theaters. It could not compete with modern theaters and the city center was drying up; the windows were empty.

Then in 2017, the municipality formed an association to revitalize the city center. They raised funds to improve sidewalks and create green spaces for pedestrians. They launched a competition to send four aspiring entrepreneurs on a free business training program. Two brasseries, a restaurant and a pottery workshop have thus been created. Then they turned to acting, a $5 million project.

“I would like to think that something that happens in this small community can affect how this region of Appalachia does as a whole,” said Gayle Manchin, federal co-chair of the Appalachian Regional Commission, one of the agencies which provided funds to renovate and reopen the Millwald. She recently toured the building, which will have 500 seats, two classrooms and a concession stand.

The Millwald was built in 1928. “A year later, the stock market collapsed. This ended vaudeville as a traveling art form. So all of these old theater buildings have become strictly movie theaters,” said Jeff Potts, the theater’s new executive director. Potts said the theater had an orchestra pit and a stage that had never been used.

Wytheville is just one of many towns in southwest Virginia, like Marion and Galax, that boost their economy through arts and music. All three have invested money to revive historic movie theaters as concert halls.

And all have been affected by the boom and bust cycle of industries like tobacco, manufacturing and coal.

“It may not have been a coal region, strictly speaking, but you see how one region affects another region. So if an industry collapses in one place, it collapses,” Manchin said.

“We think the same thing can happen when you start to rebuild. That as we begin to rebuild and revitalize our communities, this also expands.

The Millwald is set to reopen on December 9, with a musical performance by flatpicking guitarist Scott Fore, a native of Wytheville, and special guests including guitarist Wayne Henderson.

The goal is to eventually open the theater every Thursday, Friday and Saturday evening and make a profit as a concert venue. Four full-time employees have recently been hired to run the business.

Wytheville is also expected to open a new medical glove factory next year, which is expected to create 2,500 new jobs in the area.