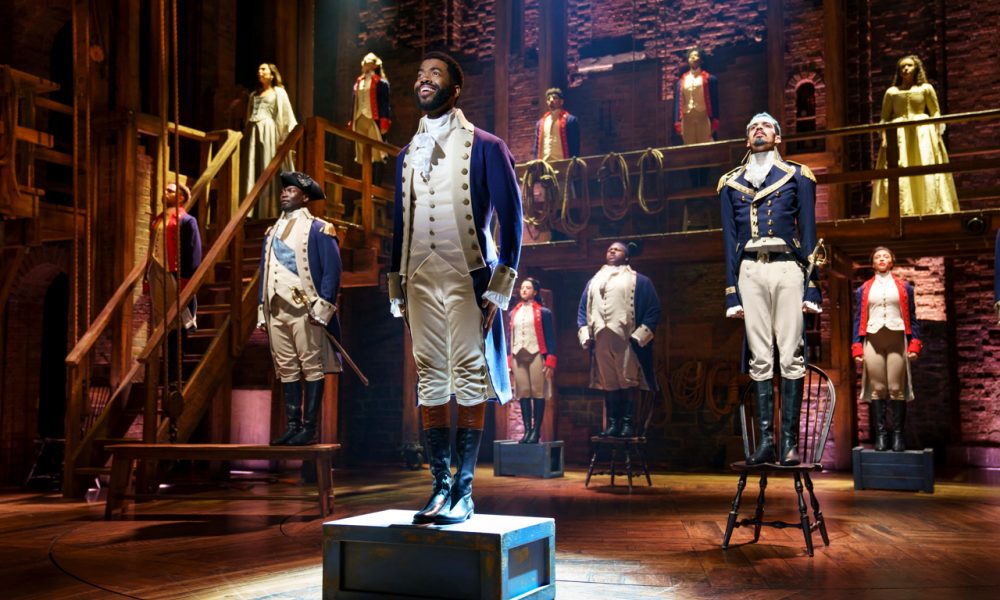 Ever since my family watched “Hamilton” on Disney+ during the pandemic, not a day goes by that I don’t hear a song from the musical in our house.

My kids know the hit songs by heart. So I was lucky enough to become dad of the year when I took my teenage daughter to see “Hamilton” live at the Saroyan Theatre.

If you can trust a teenager who answers most parental requests with a roll of her eyes, she loved the performance.

The show is about much more than Alexander Hamilton’s relationship with his nemesis, Aaron Burr. It’s Lin-Manuel Miranda’s take on American history while shedding light on the life of the man best known for being the guy on the $10 bill.

It’s about seeing live theater – the band’s playing on tour in San Francisco, the Broadway-quality sets and lighting, and of course, the music.

Why does the music last?

“Yes, it’s hip hop, rap, but it’s also pop. It’s R&B, it involves all genres. It’s incredibly engaging and fun and to listen to and it also gives you history. I mean, I don’t know any parent who complains about their kid singing Hamilton because they’re learning something,” Harmon said.

A return to the stage

Harmon, with several television and Broadway credits to his name, says this is the peak of his career.

“It definitely ranks the highest for me so far. It’s definitely a highlight of my career. From the moment I saw Hamilton in 2016, I felt like I had to do this show and that I had to play that role, so it’s definitely been a dream come true for me to portray (Angelica) every night,” Harmon said.

“Hamilton,” like many live theatrical performances, has resumed after a long pandemic-caused shutdown.

“Those first performances were so overwhelming and cathartic for the audience and for ourselves,” Harmon said.

COVID precautions are key, Harmon said. The show travels with its own security guards. Even though the state has relaxed requirements for proof of vaccine or negative test, the Saroyan Theater is still verifying, per its contract with the production company. Masks are still mandatory in the theater.

“Hamilton did a really good job of protecting us because we are the ones who have to be out there without our masks. And all it takes is one cast member to get the COVID to bring the whole company down,” Harmon said.

Earlier this year, production in Los Angeles was halted for three weeks due to COVID.

The crew most recently performed in Denver. Harmon is enjoying being back at sea level. “We have full breathing capacity,” she said.

Harmon, an Indiana native and USC graduate, looks forward to exploring the Central Valley while there. She will use her day off to visit Yosemite.