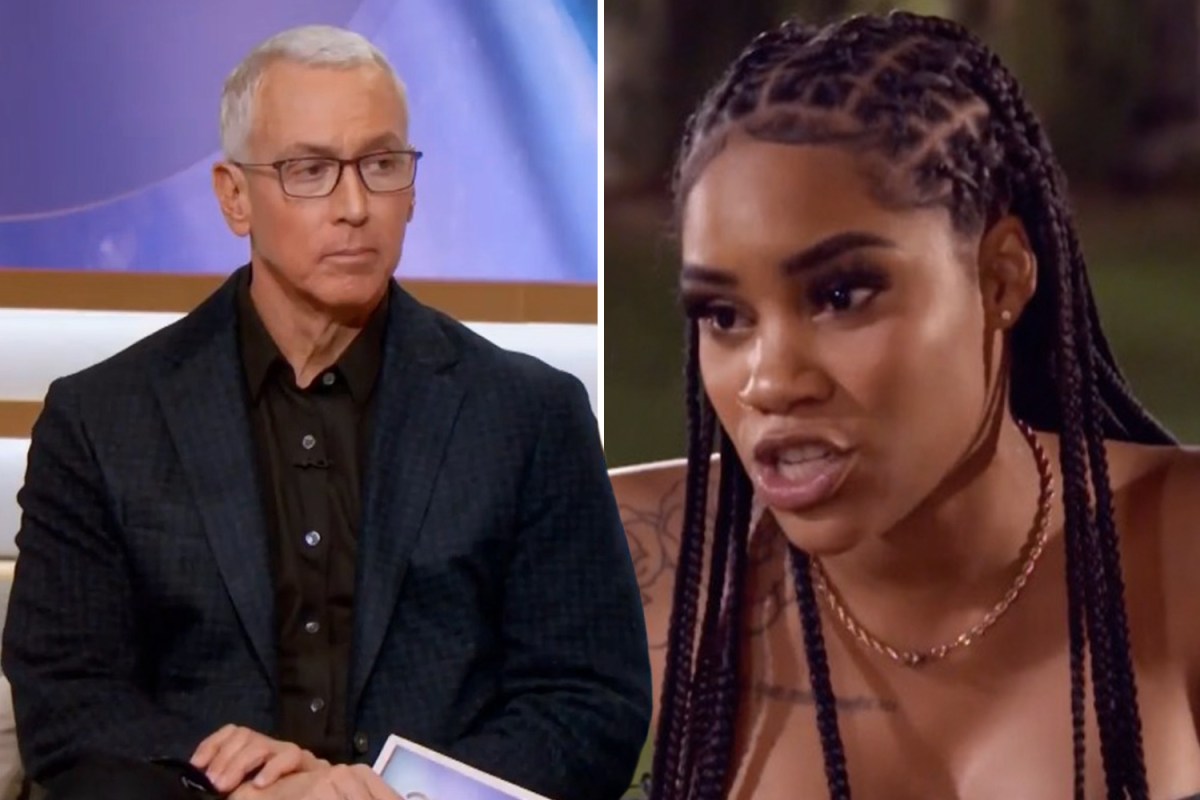 “I don’t think Dr Drew brings anything to the table on this.

“It was nice to connect with a real doctor who wanted accountability and insight instead of patronizing remarks.”

One commenter wrote: “I AGREE!! Dr Drew is on one side with these meetings and after throwing these wacky questions at Kiaya’s girlfriend I was DONE. I felt so bad for her.”

Another added: “Absolute facts! At first Dr Drew was good and held them accountable and now he does nothing but let them skate on BS. He lost everything at this point. We could ask questions better questions than he does”

A third fan wrote, “100% agree! All Dr Drew cares about is drama and ratings. He has NONE of the girls best interests at heart!”

This isn’t the first time Dr. Drew has come under fire for his behavior at Teen Mom meetings.

In December 2021, he faced backlash for a series of questions directed at Teazha about childhood sexual abuse.

During the show, Dr. Drew had Kiaya Elliott, Amber Portwood and Kiaya’s girlfriend Teazha on the couch discussing the dangers of drug addiction together.

He then changed the subject, asking if anyone in the group had experienced childhood sexual abuse.

Shocked, Teazha raised her hand and replied, “I didn’t know you were going to ask that.”

She sobbed as she confessed, “It was multiple people, male and female, I was so confused.”

Viewers were outraged that Dr Drew brought up the subject.

A Reddit user posted a lengthy rant, which read in part, “We all know Drew sucks and said a lot of controversial things on and off this show, however, my stomach hurts after watching it completely blindsided by Teazha casually asking if anyone on the couch had experienced child sexual abuse.

“The look on Teazha’s face told us she had no idea this was going to happen.

“Like oh my god, I wanted to jump across the screen and just hug that poor girl. It was all so out of place and I can’t believe it was allowed to be brought up.”

Another person chimed in: “That’s such a fiery a**hole. He asked them so casually which one of them was sexually abused as a child like he asked them ‘Who here likes the color blue?’ My God. The total lack of empathy is mind-boggling.”

A third wrote: “I was screaming at my TV. I rewound because I couldn’t believe it. What was the point of this? Why did this have to happen?”

MTV did not respond to the backlash and did not say if it would replace Dr. Drew with Dr. Bryant.

He did not address the backlash against him.