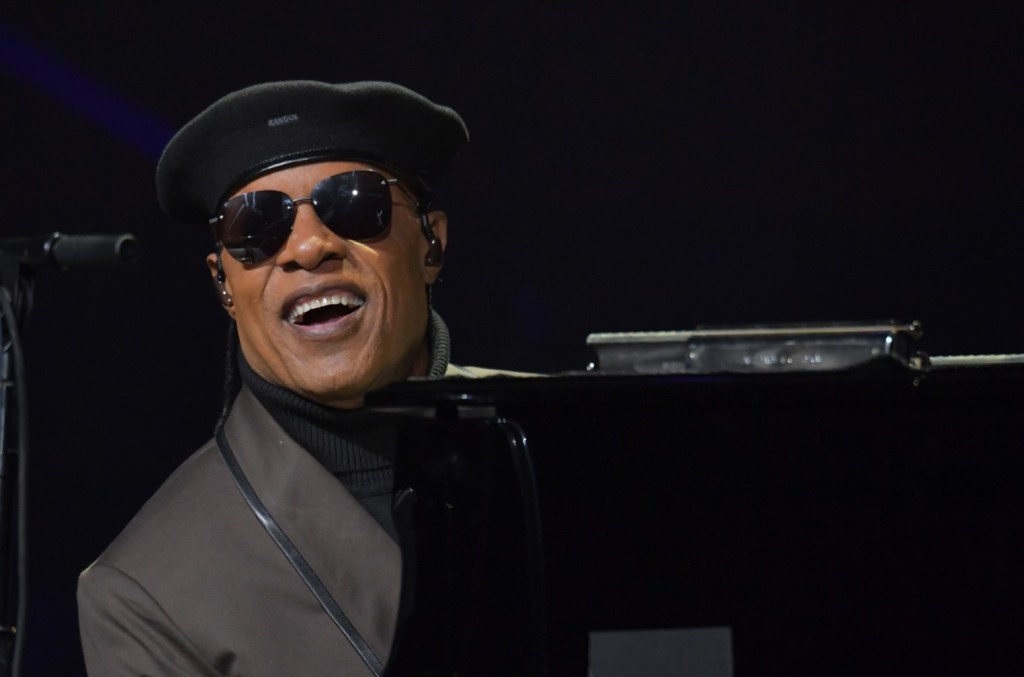 Wearing a smart black suit, white shirt and casual black beret, Stevie Wonder took the stage for the premiere of a series of standing ovations at the House Full of Toys benefit concert on Saturday night (December 18) in Los Angeles. Angeles. In addition to marking its 23rd anniversary, the holiday event also celebrated its return after a three-year hiatus due to Wonder’s successful kidney transplant in 2019 followed by the COVID-19 pandemic.

Alongside music director Rickey Minor, Wonder, 71, stood outside a crowded Microsoft Theater, grateful, â€œThank you all for being here. A lot has happened in the world, my world and your own worlds. But the blessing is that we are all here to give to those less fortunate. Spectators were invited to bring an unwrapped toy or an “unwrapped gift of joy,” which has been placed in trash cans outside the theater on behalf of Wonder’s We Are You nonprofit foundation.

Wonder then briefly recalled his mother, her crying over her blindness, and her feeling as a youngster that “maybe God has something else for me.” Also remembering his early Motown career, he told a laughing audience that [founder] Berry Gordy then told him that “we have to work on that voice – but the harmonica playing is good.”

And with that, the icon spent the next two and a half hours delving into his catalog of hits. As one audience member said upon exiting the theater, “It certainly wasn’t a disappointmentâ€¦ it was amazing.”

Among the highlights of the evening were these memorable takeaways:

Like father, like daughters: To the surprise and delight of the audience, Wonder brought her two youngest children on stage – daughters Zaiah and Nia Morris (“She’s 7 and 27,” Nia’s artist prefaced) – to sing “What Christmas Means to Me â€. Dressed in long identical black and white dresses, the two natives missed neither a beat nor a note as they took microphones in hand to sing at the top of their lungs. As the show ended at 11:30 p.m., the duo returned to join Wonder’s four backing singers to dance to the last song of the “Superstition” concert.

Memory of Jacqueline Before: The most emotional moment of the evening occurred soon after. After tearing up the rooftop audience singing “Master Blaster (Jammin ‘)”, “Higher Ground” and “Don’t You Worry Bout a Thing”, Wonder began to tickle the intro of “My Cherie Amour “at the piano. â€œI’ll play, you’ll sing – and you better know the lyrics to my song or we’ll go our separate ways,â€ the singer-songwriter teased. Halfway through the song, he stopped to share how he wrote the song at the age of 15 while attending Michigan School for the Blind. â€œI think of the many people who loved this song, including two very special people who were young and in love, Clarence Avant and the love of his life, who was killed,â€ said a failing Wonder as tears flowed. on his face. â€œIt breaks my heart to know that this happened to Jacqueline. Thinking of their 54 years of marriage, I dedicate this song to Jacqueline and all those who lose their lives due to violence. The guns and more guns is not the solution – stop the bulls – ing. “

“Anything” for Stevie: “She can sing,” Wonder said, introducing Ledisi as the evening’s first guest performer. She warmed the audience up with a slow and jazzy rendition of “Have Yourself a Merry Little Christmas”. Then she did “Anything for You,” which earned the singer-songwriter her first Grammy Award for Best Traditional R&B Performance earlier this year after 14 nominations. Proving Grammy and Wonder voters right, Ledisi mesmerized audiences with her powerful four-octave vocal range as she deliciously spiced up her full-bodied voice with sultry scats and sustained, soaring notes.

Towards the end of the show, another artist took the stage. Coached by Wonder who accompanied him on the piano, Johnny Gill ignited an enthusiastic audience with an exciting performance of one of his iconic ballads, “My, My, My”, which he dedicated to “all the ladies of the world. House”. Afterward, Gill urged the crowd to salute Wonder, noting, â€œThe Higher Power has put Steve Wonder here to be a messenger and a leader. We should celebrate it. So get up and give it the respect it deserves. Acknowledging the latest in a series of standing ovations throughout the evening, Wonder said, “I live to love youâ€¦ all of my life.”

New take on a favorite classic: You didn’t hear “Ave Maria” until you were treated to the Wonder-ized version. Noting that he had promised to sing the song “Even though my throat is a little broken”, the singer delivered a valiant performance punctuated by his unique and soulful harmonica – later resoundingly co-signed by an enthusiastic audience.

Many publishers cannot reach most of their audiences with alternate credentials