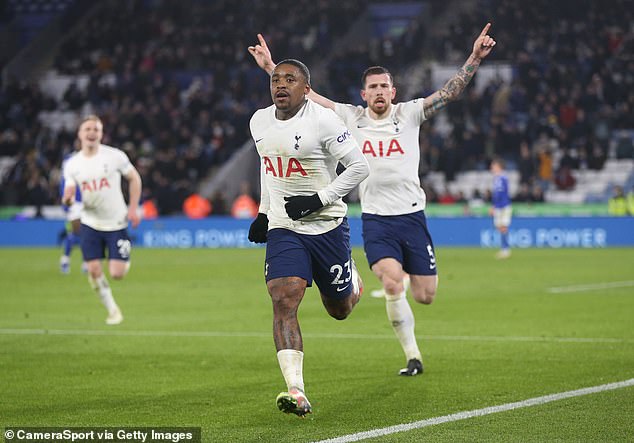 A SIDE LOOK: Why Tottenham’s dramatic win over Leicester showed biased club commentary is something Premier League fans should cherish amid football’s digital revolution

By Daniel Matthews for the Daily Mail

Football’s digital revolution has left its top clubs disfigured. Where sports bodies once stood, sprawling businesses now dominate all around.

And let’s be frank: much of that bloated footprint belongs in the trash: the extravagant transfer “reveals.” The odd capitalization of ‘The’ and ‘Club’ as if press releases should offer due deference to a departing deity.

More importantly, however, the collective amnesia that football is, essentially, fun.

Luckily, there are a few corners of sanity left.

And fortunately, this era of the Internet allows us to enjoy it in high definition.

Club commentary. At its best, can anything match wild emotion? Where else could the utter disregard for neutrality and professional dignity be considered a selling point?

This week provided another example of why he should be cherished.

For fans who follow the lower courses of football, of course, inside coverage might be the only way to get their Saturday fix. Except maybe for the local radio.

But even for fans of the biggest clubs in this country, these channels can provide a crucial counterbalance.

Not everyone likes chin-stroking pundits in three-piece suits and those white-soled sneakers.

Many fans believe that mainstream commentators are prejudiced against their team; many others also have no interest in wiping the pink tint from their own glasses.

Instead, they want to hear like-minded people get lost with equally reckless abandon.

And what’s wrong with that? Some clubs have already renounced any claim of impartiality. West Brom, for example, shamelessly offers “Baggies-biased reviews”.

This all brings us to the King Power Stadium and Steven Bergwijn’s incredible cameo for Tottenham.

Rob Daly from Spurs TV, bow down. Deep in injury time, there was almost a plea for mercy in the way he asked, “Surely not another twist?”

But from there, as Bergwijn rounded Kasper Schmeichel to steal the victory, Daly’s voice steadily rose – in decibels, pitch and gravel. It was glorious.

Then, as Bergwijn was mobbed, Daly was silenced – able to put together only the occasional cluster of words. “THE FLYING DUTCHMANNNN…TWO LATE AND LATE GOALS…”

Finally, he asked, ‘WHAT HAPPENED ON EARTH?’ It was a question no one could answer.

But, in such circumstances, would they want to hear someone else try?

Kathryn Joseph and the Tinderbox Collective