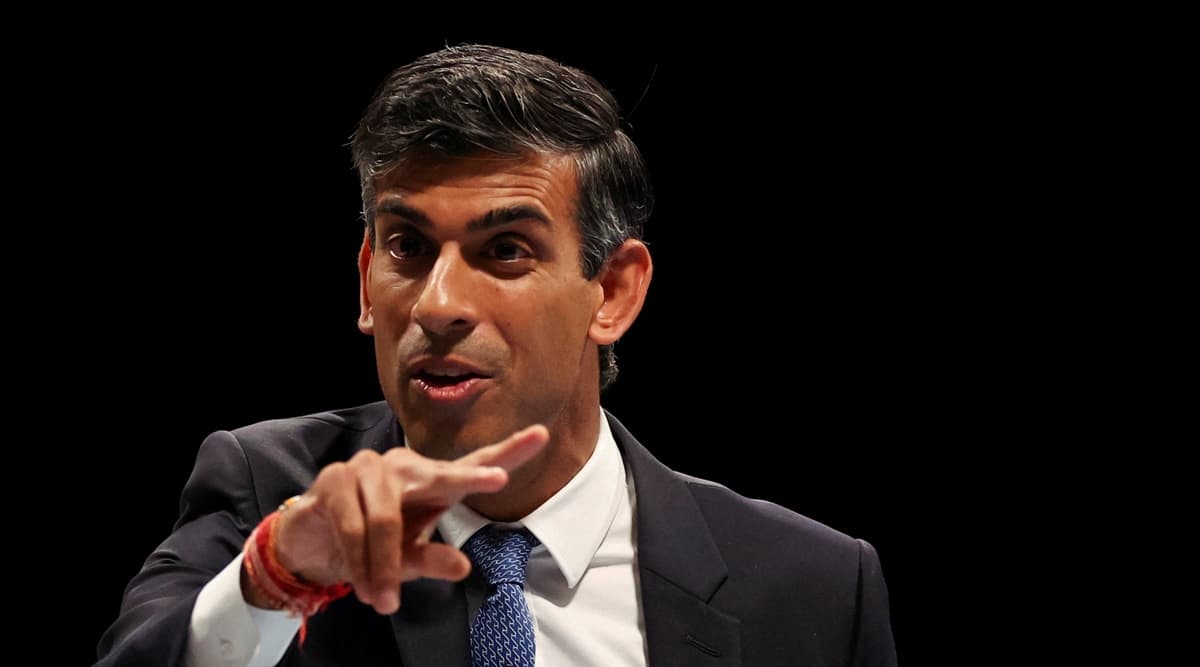 Rishi Sunak has pledged to work ‘night and day’ for the ‘best country in the world’ as the campaign to succeed Boris Johnson as leader of the Conservative Party and Britain’s new Prime Minister entered its final stages on Wednesday , with the very last Hustings event scheduled for London.

Sunak reiterated his vision statement as the first British Indian to run for the top job at 10 Downing Street ahead of the final campaign event scheduled at a popular concert hall in Wembley on Wednesday night.

The former Chancellor will face his rival, Foreign Secretary Liz Truss, one last time as they fight for all remaining Tory members who have not yet voted before voting closes on Friday evening.

The 42-year-old former finance minister, who has focused his campaign message on the urgency of bringing inflation under control and countered claims by Truss, 47, that tax cuts are the answer to the crisis of the cost of living. crippling the British economy, made a last ditch push to get across his “coherent, clear and honest” view.

“Britain is the best country in the world to grow up, raise a family and start a business, and our future looks bright. But we can only get there if we address the challenges we face in the short term with honesty and a credible plan,” Sunak said, in a statement released by his Ready4Rishi campaign team on Tuesday evening.

“I have the right plan, rooted in conservative values, and have been consistent, clear and honest throughout this contest that we need to fix inflation first. Only by supporting people through this winter and getting inflation under control can we lay the foundations for growth and prosperity – for lower taxes, a better NHS and a healthy economy making full use of our Brexit freedoms,” he said.

“This is my vision for Britain, and I will work day and night to deliver it to the party and country I love,” he added.

Sunak is seeking to make history as Britain’s first Indian-born prime minister and has overwhelming support from the Indian diaspora, many of whom have already voted in his favor as members of the Conservative Party.

After a dream run in the early stages of the contest when his fellow MPs voted resoundingly to elect him as one of two finalists, Sunak has lagged in polls and bookmaker odds since the campaign s is extended to members of the Conservative Party across the country. .

A fiercely loyal base of Johnson supporters who see Sunak triggering his early exit from Downing Street by stepping down as chancellor in early July and Truss’ promise of a tax cut appear to be the dominant factors that went to the against the Indian origin of British origin. MP for Richmond in Yorkshire.

However, Sunak and his team have expressed optimism throughout the campaign and have insisted that he will fight until the end for what he believes is the right vision for the country.

After a series of event hustings since last month, voting for the leadership election will officially close at 5 p.m. local time on Friday. By then, around 160,000 Conservative voters are expected to have registered their ballot by mail or online.

“I am proud of the strong list of candidates we had for this contest, the most diverse line-up of candidates for any leadership election in British history, showing once again that the Conservatives are the party of meritocracy,” said Conservative Party Chairman Andrew Stephenson. , overseeing the electoral process.

The result of the ballot for a new Conservative leader is expected to be announced on Monday, with the winner due to answer their first questions to the Prime Minister (LF) in the House of Commons next Wednesday.

The growing popularity of digital wallets among hockey fans

Chiranjeevi finally opens up on Acharya debacle, says audiences will return to theaters because ‘content is key’