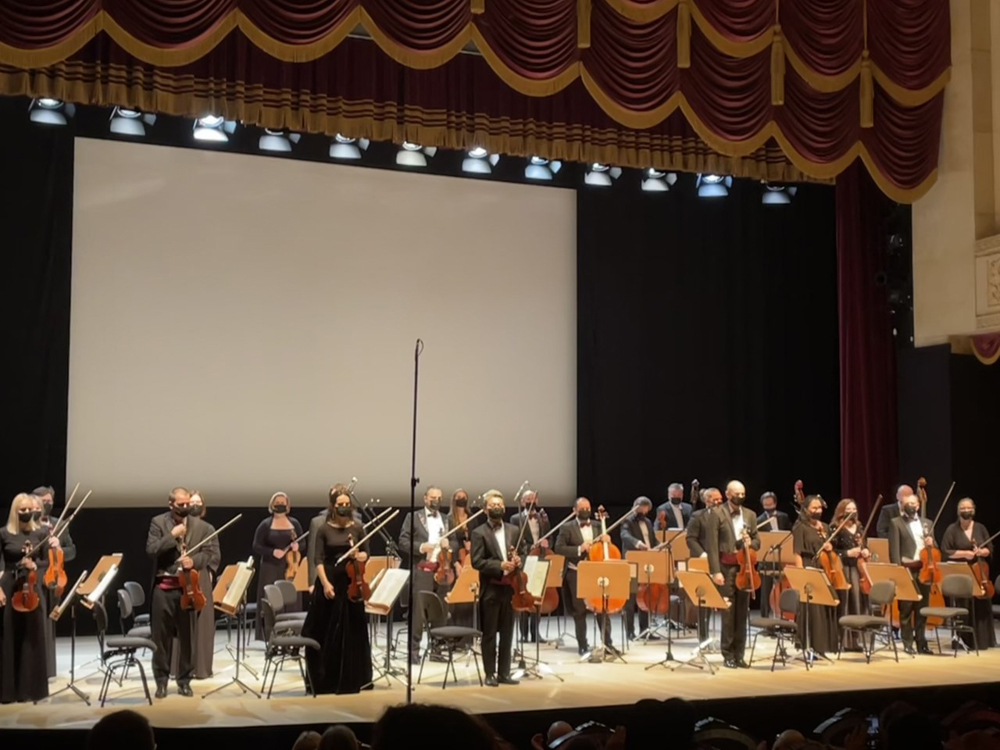 QPO opens its first concert in 2022 with ‘Serenades for Strings’

The Qatar Philharmonic Orchestra after performing ‘Serenades for Strings’ at the Katara Opera House yesterday.

The Qatar Philharmonic Orchestra (QPO) yesterday gave its first concert in 2022 with the theme “Serenades for Strings” with music by Antonin Dvorák and Pyotr Ilyich Tchaikovsky.

Both concerts were sold out at the Katara opera house.

QPO executive director Kurt Meister told The Peninsula that a concert in January celebrating the New Year was due to take place but was cut short due to the COVID-19 pandemic. Before the concert, he said, “It’s nice to be together again, I think the audience expects live music and not TV.”

He also revealed that they will be conducting concerts on February 21 and 27 where QPO will perform Beethoven’s most famous pieces such as the Eroica symphony. Commenting on the current situation of COVID-19 cases in the county as the government eases restrictions, he said: “I would be happy if we could come back as normal and the full orchestra on stage, and the audience will like it with big sound.”

Concertmaster and bandleader Joo Young Oh said the return to the stage was great. “It’s a great feeling to be on stage with my colleagues again and as many of us are celebrating the Lunar New Year, the timing couldn’t be better. We are all very flattered to hear that these concerts are complete and we want to receive continued support from our grateful audience,” he said.

On having a full orchestra very soon as Qatar eases restrictions, he said: “We plan to gradually take positions in a full orchestra setting very soon with guest conductors who will lead us with great works upcoming symphony. I truly believe that things will calm down more quickly so that we can all return to regular concert times one day. I can’t say we’ll be exactly going back to the pre-COVID-19 situation, but I really hope to feature more performances that a lot of people rely on.

BBC The Responder: Many fans left feeling let down by ‘weak’ ending as door left open for second series