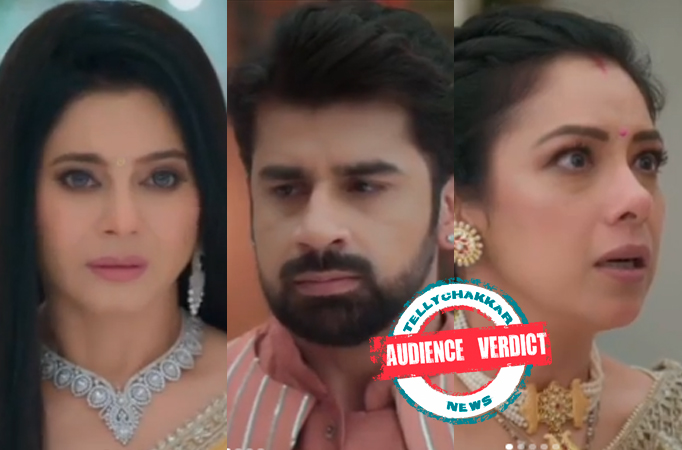 Mumbai: Star Plus’ popular drama series Anupamaa is set for a crucial lead in the upcoming episodes.

Anupamaa finally learned about Toshu’s adventure and she even confronted him for the same.

However, Toshu who was initially scared and ashamed of what he did, openly confessed that he did it and doesn’t regret it.

Anupamaa was shocked upon seeing this. Meanwhile, Rakhi has totally changed since she learned that Toshu cheated on Kinjal.

Anupamaa has a major confrontation with Toshu in front of the whole family.

Everyone is shocked to hear what Toshu did but he still tries to fight back.

Anuj goes after Toshu and the same goes for Vanraj but Toshu still tries to justify himself.

Viewers constantly see how Anupamaa picks on Toshu and counts his mistakes.

However, one person who had to do this level of dhamaka was Rakhi Dave.

But it does the complete opposite. Rakhi wants things to be settled between Kinjal and Toshu.

It came as a huge surprise to the fans as no one expected this from a woman like Rakhi.

Netizens are now criticizing Rakhi for not standing up for his daughter Kinjal and asking him to give him another chance.

In the meantime, it’s all praise for Anupamaa who exposed her son in front of everyone.

Where are the people who said that Rakhi is a better mother than #Anupamaa ?. RD even after the revelation wants to forgive Toshu and wants Kinju to give him another chance. Anu may not be the best mom but she’s definitely a mom who will go against her child to stand up for the right thing

You better not force Kinjal to stay in the Shah’s house @ketswalawalkar . Don’t repeat what you did with Anu. Let Kinjal go with her baby and live her life. She doesn’t need to stay in this toxic hell with this toxic Baa cursing her for not forgiving Toshu.

Today #Anupamaa went against his own son and defended his DIL and gave him the agency to make the right decision. This is something Baa and Bapuji should have done after discovering Vanraj’s ema. That’s why Anupama will always be above people like Baa, RD & Vanraj

– anupamaa defending the kinjal is like being that support she never got from her in-laws. I’m so proud of her for going against her own blood and making the right decision to expose her in front of everyone so Kinjal doesn’t become another #anupamaa!

Rakhi Dave actually validated Toshu’s belief that Anupama is wrong for exposing him by accusing him of ruining their children’s happiness and breaking up their home, like WTF were all those dialogues? And to think that this fandom hailed her as an embodiment of feminism. #anupamaa

#KavyaShah this is totally me here…
Luxurious lifestyle is not progress and advancement. Rakhi mocked #Anupamaa like ‘kum padhi likhi’.
Rakhi is the same type of shy and submissive older woman who is ready to adapt and accept anything.

What is your opinion on this? Tell us in the comments.