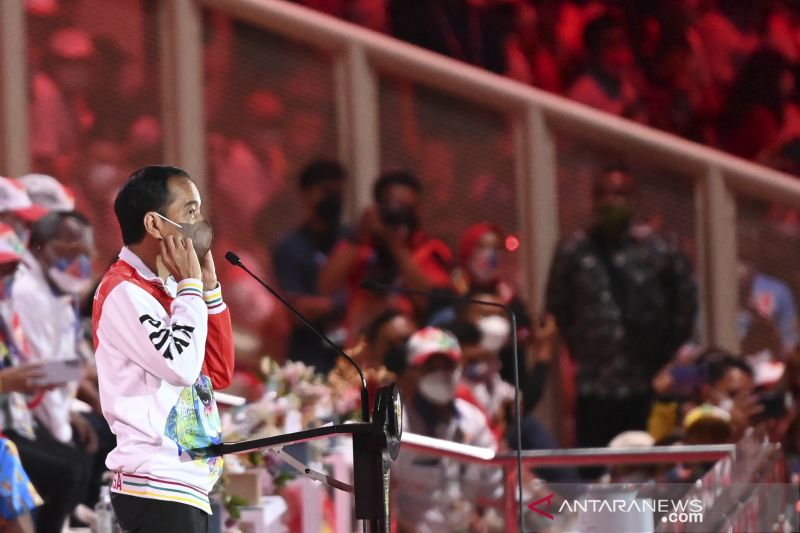 As witnessed ANTARA, President Widodo’s use of native phrases generated huge applause from the audience, whose numbers were limited to 25% of the stadium’s total capacity due to COVID-19.

The three sentences are often spoken by people living in the eastern region of Indonesia.

The coordinator of the Inter-organizational Papuan Youth Forum and the 20th PON Festival, Otniel Deda, said ANTARA here on Saturday he enjoyed and was proud of President Jokowi’s greetings.

“I am proud that President Joko Widodo can greet the people in one of our languages,” he said.

He said his forum hopes that in the future more people will be able to understand the distinctive languages â€‹â€‹of Papua.

At the same time, in his speech, the President also expressed his pride at having officially inaugurated the PON hosted for the first time by the province.

The first game of the national sporting event took place on September 22. The event will run until October 15, 2021. Currently, the Jakarta contingent is at the top of the PON medal ranking.

9 of the best James Bond watches that wowed fans