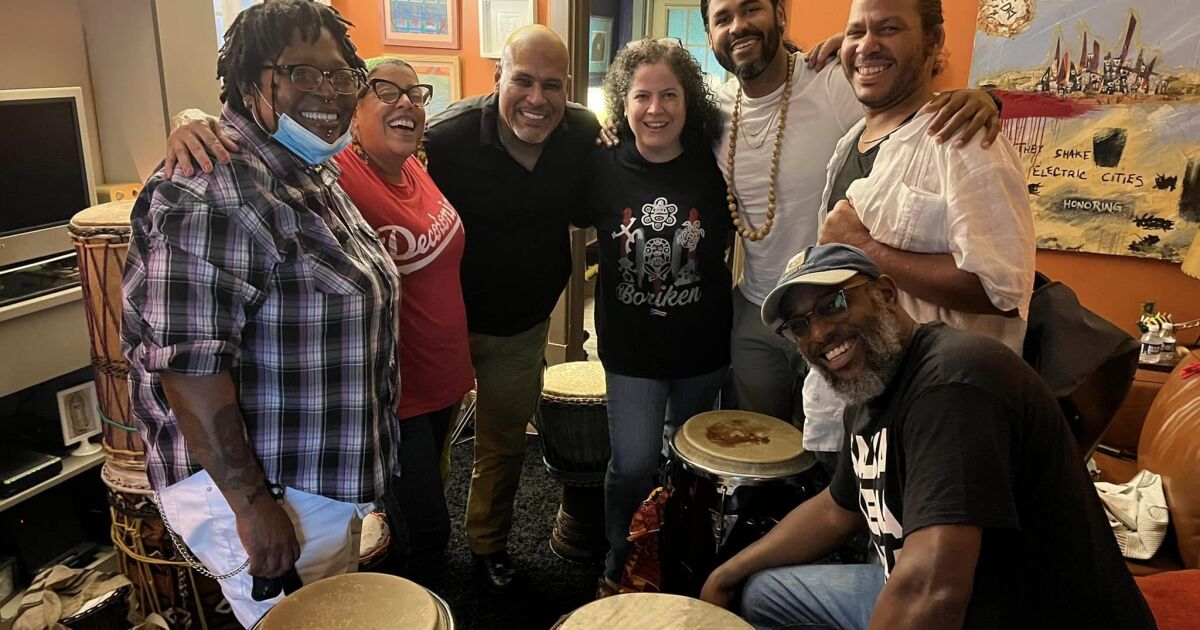 In September, Hurricane Fiona made daily headlines after the Category 4 storm made landfall in the Caribbean, leaving flooded fields, rutted roads and destroyed power grids in its wake.

But as the US news cycle has moved on, the damage lingers in places like Puerto Rico – which many say has yet to fully recover from Hurricane Maria in 2017, let alone the earthquake that followed in 2020.

It’s a heartbreaking story for María Eugenia Nieves Escoriaza, the singer and percussionist known as Geña. She has lived in Pittsburgh for 18 years, but she was born in Puerto Rico, and her parents, brothers and other family members still live there.

“There has been very little to deal with the grid or even just electricity in general in Puerto Rico,” she said.

This Friday, November 4, Geña and her partners at Pittsburgh Stands With Puerto Rico will be doing their best to help out with a benefit concert.

“This should concern all Americans. We are US citizens. I believe we all have a responsibility to take care of our own,” she said.

The show at Mr. Smalls Theater will feature more local Latin American musical talent than has likely been assembled on a single stage here in some time. And proceeds will go to Casa Pueblo, a community organization in Adjuntas, Puerto Rico, which provides those in need with solar power for life-saving medical equipment like dialysis and breathing machines.

The acts will perform in a variety of styles, from Cuban and world music from Hugo Cruz and Caminos to salsa, Latin jazz, Afro-Cuban and Afro-Puerto Rican sounds from Noel Quintana and the Latin Crew. Gavas Beat offers its fusion of salsa, merengue, cumbia and reggaeton. Geña herself performs with the acoustic duo Geña y Peña.

Other performers include the Guaracha Latin Dance Band and drag queen Jezebel Sagardia, billed as the “original Puerto Rican queen of Pittsburgh.” Et Rumbón de Calle is a collective of African Diaspora percussionists and drummers working in the style of community gatherings in their respective home countries, including Oba Elie Kihonia, Kelly E. Parker, Miguel Sague III and José Rivera.

The 5 Best Payday Loans Near Me