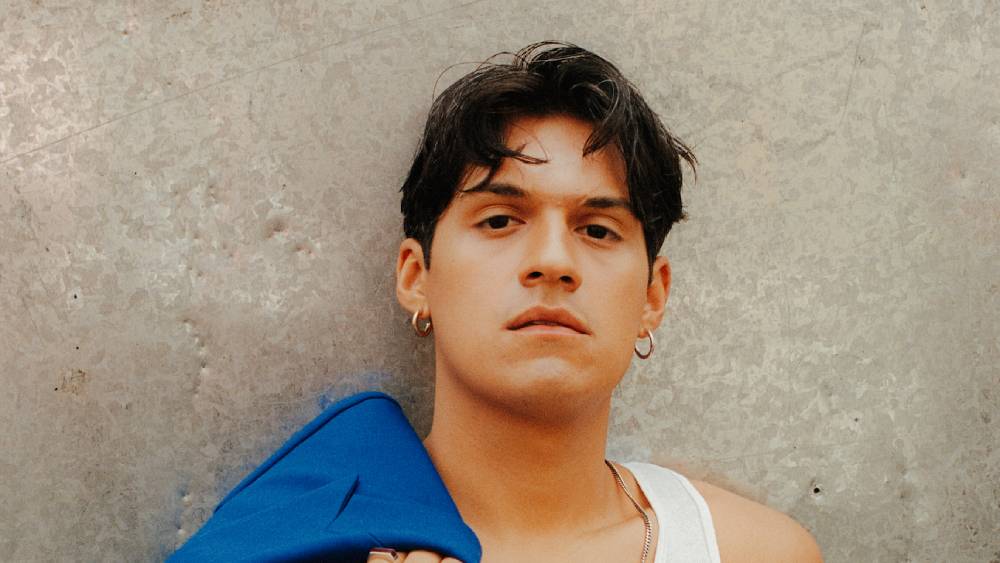 With three EPs and a full studio album to its credit, Omar Apollo’s “Desvelado” tour setlist carefully selects the musician’s projects. But the latest addition to his catalog — the masterful and eclectic “Ivory,” with its creative immersion and genre flair — is what prompted the Mexican-American singer to go wild at his sold-out show in Los Angeles. at the Shrine Friday night.

A wall of synchronized screams greeted the 24-year-old onstage as the soft strums and guitar melodies of his opener, “Talk,” swept through the crowded room. Despite struggling with initial sound issues, Apollo kicked off the show with exuberant swagger, playing his own guitar riffs for the first half of the night.

Dressed in matching oversized blood orange pants and jacket, Apollo performed songs from his early discographies, like 2020’s “Useless” from his “Apolonio” mixtape, and some from his debut EP, “Stereo” — like the lingering “Erase” and the unrequited love anthem, “Ugotme”.

Midway through, Apollo summed up the songs for “Ivory” beginning with “Killing Me,” which saw the singer transition smoothly between the track’s bilingual lyrics and distorted guitar licks. His new songs have been made strong enough to reach the tails of the stretched Sanctuary hallway, giving fans unparalleled perspective and infectious energy.

That fans were watching and shouting at it was almost irrelevant; Apollo was fully in his element, thrusting his hips and twirling across the stage, spitting out lines from the stuffed flow of “No Good Reason.”

The highlight of the night, however, began when the ultimate emblem of Mexican pride – the country’s red, white and green flag – ended up on Apollo’s back just as he had intended,” Let’s get into our real Mexican shit.”

The rest of the gig went down as a party in its own right with Apollo taking a moment to catch his breath to tell the crowd “this is the greatest show I’ve ever played”.

White confetti showered the room as his falsetto voices gushed out for the set’s closing songs: his collab with Kali Uchi “Bad Life,” “Want U Around” and, of course, the intoxicating “Tamagotchi” produced by Neptunes.

As an encore, Apollo couldn’t resist replaying the illustrious and hard-hitting “Tamagotchi” with his team and friends by his side on stage. As fans dispersed for the night, “Tamagotchi” echoed through car speakers in crowded parking lots full of content (and sleepy) Angelenos.