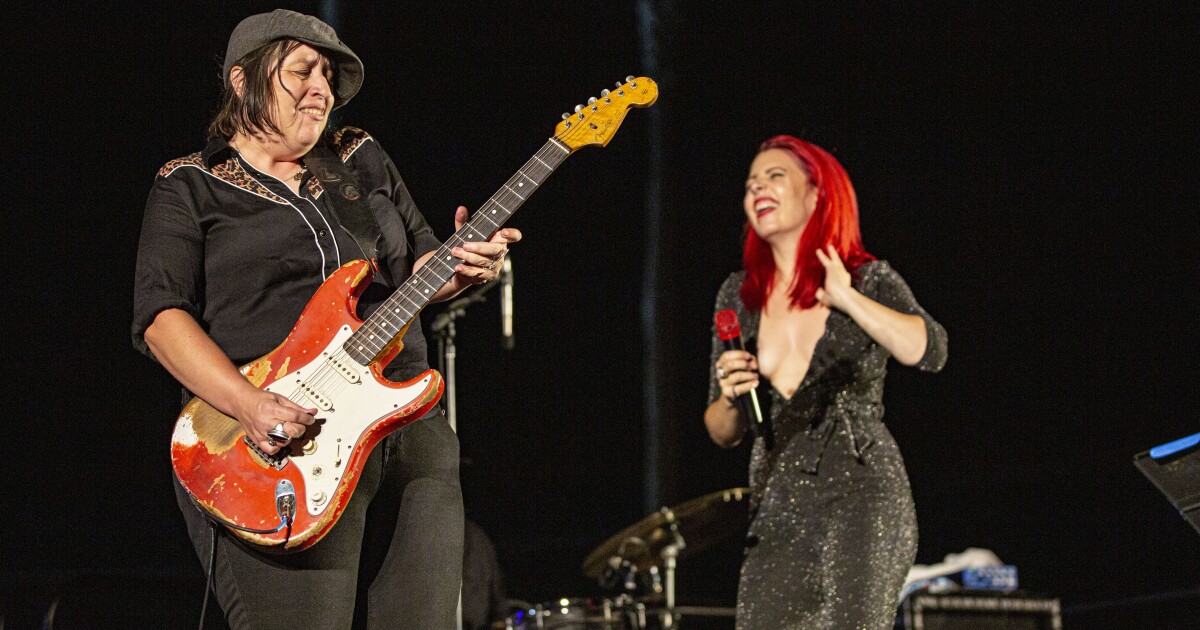 After seeing its biggest annual event silenced by the COVID-19 pandemic, the North Park Main Street nonprofit is resuming operations in a big way this year.

Founded in 1996, the volunteer-based organization bids farewell this weekend to its one-day arts festival and kicks off its ambitious two-day North Park Music Fest for all ages. What was previously a free event that attracted 30,000 or more people will now be a paid event with attendance strictly limited to 3,500 per day.

The lineup includes a slew of bands and solo artists from San Diego. Some of them have had an impact on a national scale and, in some cases, beyond. They include Wavves, Little Hurricane, Whitney Shay, Silent Comedy, Creepy Creeps, Montalban Quintet, and Tijuana-based bands such as Tulenga and .357 Magnum.

Performances will take place on three stages. They will be housed within a four-block radius behind the 93-year-old North Park Theater, which has operated since 2015 as the Observatory North Park concert venue.

The North Park Mini Park, which opened directly behind the theater earlier this year, will serve as the hub of the event. The vendor-dominated format of the North Park Festival of the Arts will be replaced by the first North Park Music Fest’s focus on food, craft beers and cocktails, interactive experiences and, of course, a plethora of music. .

“This is a brand new event,” said Angela Landsberg, general manager of North Park Main Street, who has led the organization for 11 years. She was previously a legislative aide to former San Diego City Council member Christine Kehoe.

“The new festival is specifically for people who want to come and listen to great music,” Landsberg continued. “One of the things I love about North Park is that it’s a diverse destination and there are a lot of different attractions. We hope for a good mix of people at the festival.

All musical artists for this weekend’s festival have been booked by Dang Nguyen. He is the former co-owner of North Park’s Bar Pink, which permanently ceased operations during the COVID-19 shutdown.

Nguyen, who in January became president of the Spreckels Organ Society of Balboa Park, had previously booked musical talent for the Bar Pink Stage at the North Park Festival of the Arts. Now, armed with a bigger budget and a music-focused format that eliminates the crafting vendors that dominated much of the previous event, he has three stops to book.

“Angie and North Park Main Street pretty much gave me a blank canvas this year,” said Nguyen, an anthropology student at the University of California, San Diego.

“Even though this is a completely different, or reimagined, event from the North Park Arts Festival, the musical lineup is still much the same – local bands that are family friendly. If any of the artists have explicit lyrics, we asked them to perform the “radio edit” versions of those songs. For most groups, this is not a problem at all.

“I think maybe 25% of the bands had played North Park Festival of the Arts before. But the majority never played at the festival or Bar Pink.

Nguyen made an unusual request of all the music groups who sought to perform at this weekend’s festival. Everyone was invited to submit a haiku explaining why they wanted to be included in the lineup.

“It was just a way of having fun,” he said. “And it was a way of seeing that they read the fine print and were reliable. I answered every haiku with one of my own.

One of the fanciest came from San Diego band Rosa Rosa. His haiku said: The trees are gently swaying /
The birds are sitting on it / Don’t poop on me, birds.

Nguyen responded with an equally light-hearted haiku: Bird poo from above / Worried concern from below / Umbrella rises.

As such, it evokes the early days of San Diego Street Scene, the pioneering festival held for most of its 25 years in the downtown Gaslamp Quarter.

Launched in 1984 by San Diego Jazz Festival founder Rob Hagey, Street Scene originally featured just two stages on one block. It then grew to three stages over two blocks, then gradually expanded until – in its largest iteration – it comprised over a dozen stages spread over a significant downtown area.

And, as was the case with Street Scene in its later years, North Park Music Fest attendees will have round-trip access if they want to visit a nearby restaurant or bar.

“Street Scene was almost like pop-up restaurants, where scenes would appear on city streets and all of a sudden all this energy was happening,” said Rene’ Roques, who provided some of the sound and lights for Street. Stage. His company, Roques & Associates Inc., does the same for North Park Music Fest

“There are parallels with Street Scene,” Landsberg agreed, while noting one key difference.

Where Street Scene had to fence off all areas where alcohol was served in order to keep minors out, North Park Music Fest will be the first test of the city’s new mixed-age special events pilot program from San Diego.

“Once you get a wristband, after you prove you’re over 21, you can walk around with your drink and your kids,” Landsberg said. “It’s a much more civil way to hold an event for all ages.”

Or: North Park Way between Utah St. and 30th St.

Tickets: $20 for a one-day pass and $30 for two-day passes purchased in advance; $25 for tickets purchased on site during the festival; children under 11 are admitted free; $65 for VIP Sunday Brunch ages 21+ (participation limited to 100)

Nova Stadium at the mini-park of North Park