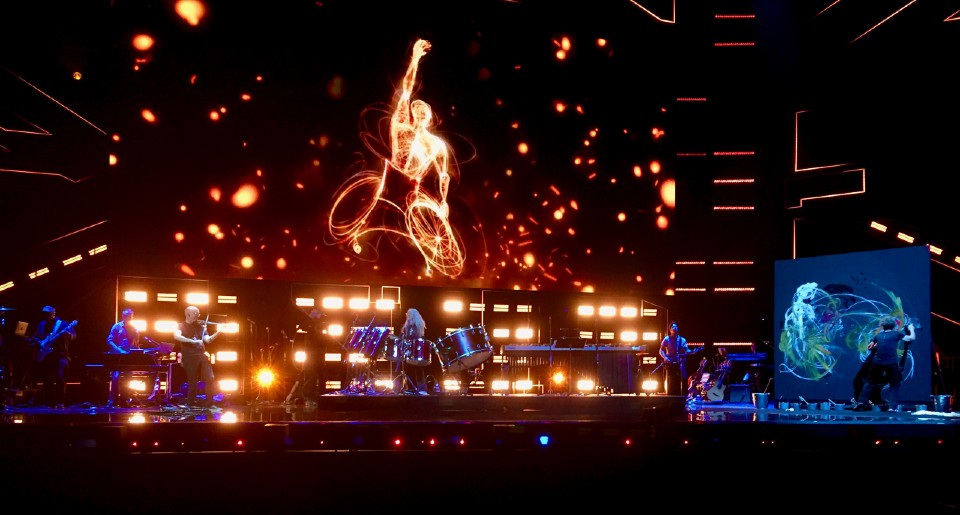 â€œIt was just electric. At the moment I couldn’t think of anything other than the art, and since the performance, I’m at the top, â€said Rachel Gadsden when asked about her experience at the National Lottery GB Paralympic Homecoming event.

The Loughborough University doctoral student joined a stellar lineup of the best in British music and entertainment on Sunday, September 12 to deliver an epic celebration of ParalympicsGB athletes and their achievements at the Tokyo 2020 Paralympic Games.

The visual artist and performer had only three minutes to paint on stage a 3m x 3m piece that reflects and celebrates the efforts of the athletes to the music of percussionist Evelyn Glennie and violinist Michael A. Levine.

Animations from Rachel’s previous pieces were played out as she worked and her bold brushstrokes and great energy meant it was an unforgettable performance.

â€œThe three of us – Evelyn, Michael and I – came together from different places and worked on different things and just exploded together in this space. I still can’t believe we made it! Rachel said of the performance.

â€œThis is the first time I’ve come out of solitary confinement, and I was like a jack in the box.

â€œFrom Saturday it all started to pile up and everything was so chaotic – at one point I had to check if I was breathing because of all the tension! But it was amazing.

Rachel, who has a visual impairment and chronic inherited lung disease, which led to her having a syringe pump fitted that injects drugs into her once per minute, has now received commissions relating to the Beijing Paralympic Games , London, Sochi, Rio, and Tokyo.

Of the Games, she said: â€œI think the Paralympic Games have contributed and continue to contribute to a shift in public awareness of disability and the collapse of ableism in society.

“It makes disability visible, and if it is visible, there are opportunities for change.”

Rachel’s performance and the Coming Home event, which was broadcast on Channel 4, can be watched online here.