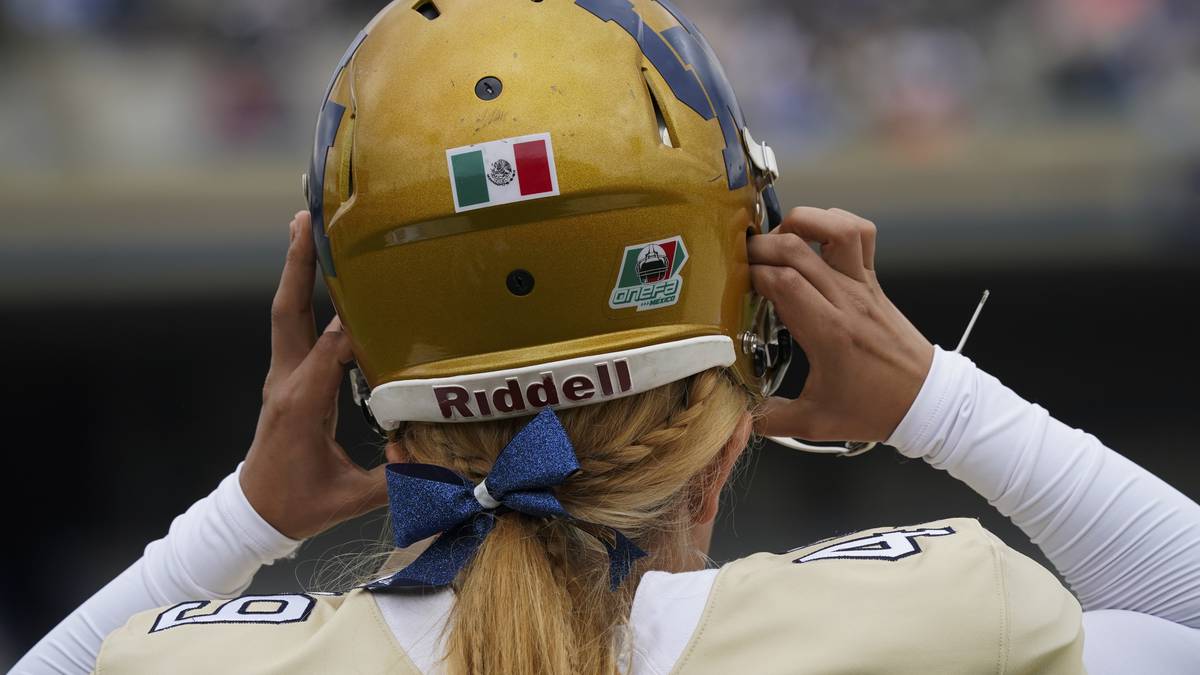 Andrea Martínez: “There are little girls and little boys who come to ask me for a photo.” Picture/AP

Andrea Martínez didn’t quite realize what she was getting into when she tried to score extra points for a Mexican college soccer team.

She thought maybe it was a position on a women’s team, or at least there would be other women on the roster. But when she won the spot, Martínez learned she would become the first woman to play college football among men in the nation’s top amateur division.

“At first we didn’t size it well because I didn’t even fully understand that I was going to be the first woman,” Martínez said. “I thought there were more girls or there would even be a women’s team.”

Martínez, a law student at the National Autonomous University of Mexico (Unam), had been playing football since she was 12 years old. She tried to play professionally in the Liga Femenil MX, but was unsuccessful.

She continued to play football at her school until a few months ago when Pumas CU, Unam’s football team, decided to hold tryouts for a place-kicker.

“The decision I made was to try a new sport. Nothing else, just to venture out and see what it was all about,” Martínez said. “I was very happy when I heard the news that I had been the selected girl.”

Martínez, 21, said that before playing football she barely watched NFL games, but it helped that her brother was a fan of the sport.

She is one of many Mexicans who are swapping “fútbol” for soccer, as American sport continues to gain interest in the country. According to the NFL office in Mexico, the sport has some 48 million fans in the country.

In the United States, several women have played as place-kickers on men’s teams. Liz Heaston was the first to do so in 1997 with the Willamette Bearcats in the NAIA. Ashley Martin was the first to score in an NCAA Division 1 game in 2001, playing for Jacksonville State.

Martínez has her own dressing room, but she carries out the rest of the activities with the men of the team.

Since joining the team, Martínez has given approximately 80 interviews. His face has appeared in major newspapers across the country and has even taken up spaces on national television that Mexican college footballers rarely get.

Although that was not her goal, Martínez has become a symbol of female empowerment in a country seen as lagging behind when it comes to inclusion. It is not surprising that before and after games many girls ask for a photo next to him.

“There are little girls and boys who come to ask me for a photo or who come to say very nice words to me,” Martínez said. “It’s the most rewarding thing I’ve ever felt, being able to achieve that, maybe I inspire them a bit.”

Recently, in an interview with local media, Al Guido, the president of the San Francisco 49ers, said that coming to play a regular season game next November is part of a larger strategy to win over fans nationwide.

“We don’t want them to leave their ball behind,” Guido said of football. “We want them to throw ours in as well and have our logo on the chest.”