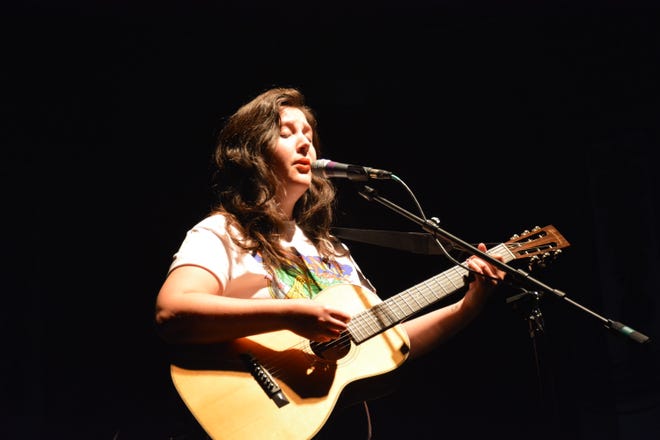 Lucy Dacus gets up close at Newport

Before Lucy Dacus took the stage at Newport Music Hall on Tuesday, clips of old family movies were looping across a screen. It didn’t take more than a few seconds to realize that the clips featured Dacus herself.

Watching someone’s home movies is a personal and intimate experience. Images are typically shot by the family, for the family, to preserve memories and document milestones. It’s not staged or posed like social media posts. We see the color of Dacus’ old couch, his father’s big glasses, the food spread over his face in a high chair.

Dacus took the same approach on his recent album, the aptly named Home video, which she wrote after reading stacks of old newspapers and typing them. There is a level of detail in the songs that Dacus only hinted at on the 2018 album Historian. â€œSo far, most of my songs are general in scope – no really specific characters, no specific scenes. Most of the lines you can take out of context and still understand what’s going on, â€Dacus told me in 2019 as she wrote. Home video. â€œThese songs, back and forth, you have to be careful to know what I’m saying. And there are specific characters. These are people who are still a part of my life. They are much more journalistic. They talk a lot about childhood, which is always very strange.

This intimacy translated well on stage, sometimes making Newport feel like a much smaller venue. At one point, someone in the masked crowd handed Dacus a book, as if they were old friends catching up at the book club. The crowd also remained respectfully silent when Dacus performed a number of songs on their own or with minimal accompaniment, which only added to the warm and personal vibe of the show.

These new arrangements were in part due to the band’s missing guitarist, Jacob Blizard, who had to bow out after testing positive for COVID. (The band also postponed some recent concerts; Blizard was open about his “moderate” case and expects to fully recover soon.) Often times, the musicians of the fantastic opening band, Bartees Strange, have skillfully filled in the gaps.

Songs such as “Going Going Gone” became sing-along songs, with the crowd replacing Phoebe Bridgers and Julien Baker, Dacus’ boygenius band mates who added vocal harmonies to the song on Home video. Even â€œThumbs,â€ perhaps the most personal and painful song Dacus has ever written, has become a group effort. Standing alone in the center of the stage without her guitar, Dacus exhaled deeply, then began to sing the story of the day she accompanied a friend who met her biological father.

â€œI would kill him, if you would allow me / I would kill him, quickly and easily,â€ she sang, accompanied only by the crowd and the low growl of a synth playing simple chords. Towards the end of the song, Dacus, who is adopted, tells her friend that she owes her father nothing, a harsh truth that she tried to apply to her own situation: â€œYou two are linked by one. pure coincidence / Bound to him by blood, but baby it’s all relative.

â€œHearing people sing along with that is one of the craziest feelings,â€ Dacus told the crowd after â€œThumbs,â€ which before including it on the album, she performed live with boygenius but asked that no one record it. Dacus again made the same request during Tuesday’s encore when she performed two new songs, one about finding a soul mate and the other on a particular New Years Eve in New York City, the latter of which which she stopped halfway after seeing someone holding a phone. “Are you filming this?” She said, then quickly apologized after the person appeared to take a photo.

While the Home video the songs tend to be dark and denominational, there was also a lot of lightness, especially when Dacus covered Springsteen’s â€œDancing in the Darkâ€ (â€œHere’s a song from a father,â€ she said as she introduced song) and when Bartees Strange joined the band for “Night Shift”, the first song on Historian and the last song before the encore.

“You got a 9 to 5, so I’m going to take the night shift / And I’ll never see you again, if I can help myself,” Dacus sang over the hymn of the breakup, jumping and smiling. and scratching it. distorted guitar while reveling in the catharsis of a happy, loud kiss.

Rotten Tomatoes and the cultural divide between critics and audiences