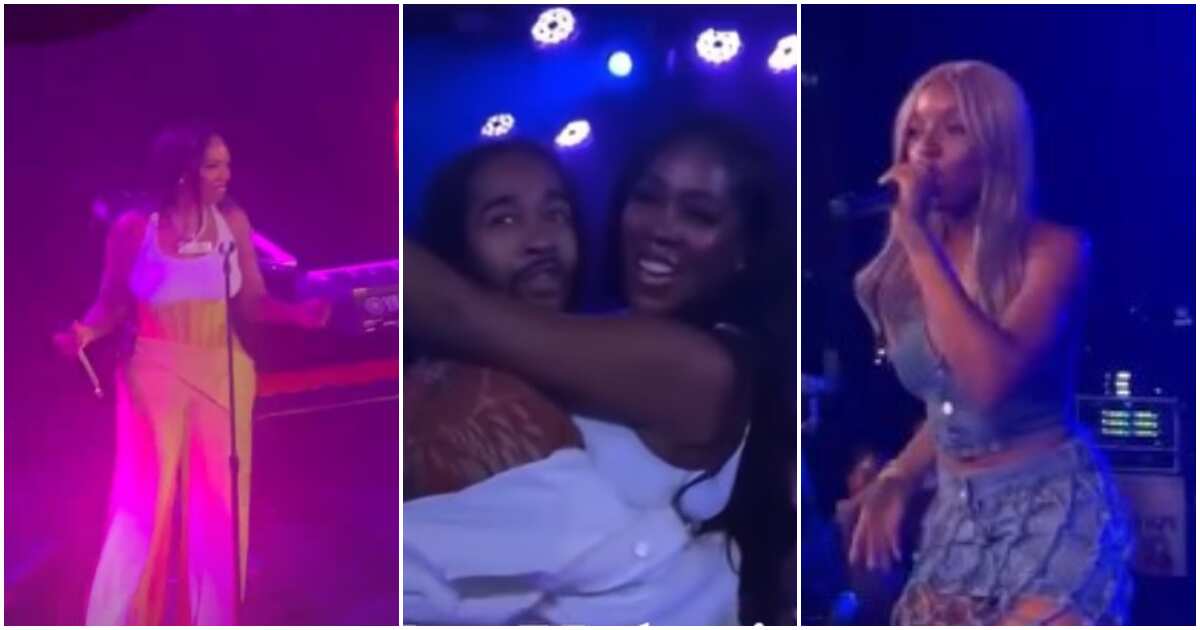 In her latest show Water and Garri, which took place in Los Angeles in the United States, Tiwa Savage was seen alongside American singer Omarion and Nigerian star Ayra Starr.

In one video, Omarion and Tiwa Savage could be seen kissing as they gave fans a fun experience.

Another video showed Mavin artist Ayra Starr taking over the stage as she gave fans some thrilling performances.

See the videos below:

Many Nigerians have since taken to social media to gloat over the video as some applauded Tiwa for giving Ayra Starr a platform to perform.

Legit.ng captured some of the reactions, see them below:

“Tiwa for men them.”

“The performance gives her, the voice gives her, just because Tems is internationally known doesn’t mean she should be rated higher than Ayrastarr, this girl is the real one.”

“Now the people of the world can rest when they yelp about Tiwa Savage not supporting her fellow female artists. Kevin Odanz in particular should take note.”

“Leading the way for the younger generation.”

Nigerian music star Tiwa Savage had an amazing time on her North American tour and she shared updates with fans on social media.

The Eminado crooner took to his Instastory channel with a recap video showing how his New York show went.

The interesting clip highlighted the activities leading up to her arrival at the show venue and even gave fans a glimpse of how she was styled by her glam squad.