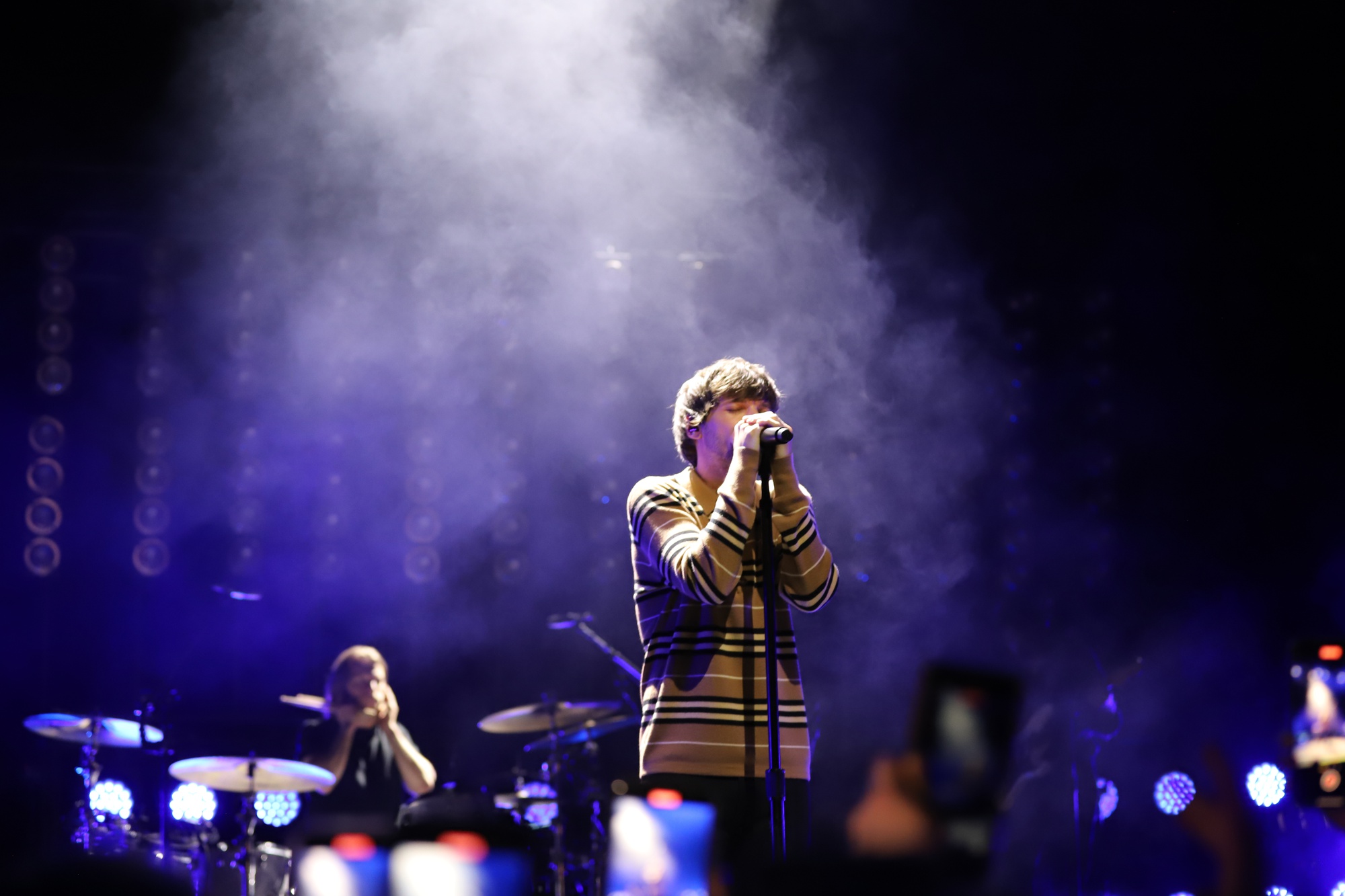 Nearly two years after postponing his first solo tour, Louis Tomlinson performed to a sold-out crowd on Feb. 17 at Boston’s House of Blues as part of his long-awaited “Louis Tomlinson World Tour.” After such a long wait, it’s no surprise that the Brit’s staunch fans started queuing as early as 7.30am to secure coveted barricade spots for the show. Taking the stage with nothing more than a mic stand, a backing band and a giant smiling face behind him, Tomlinson let the music take over. With a balanced mix of novelty and nostalgia, his performance proved that the star of a boy band can excel on his own.

Fans in the audience were quickly rewarded for their time as Tomlinson showed his experience and expertise as a performer by interacting with the crowd. In turn, the crowd supported Tomlinson’s hometown with Doncaster Rovers football kits dotting the crowd, along with nearly a dozen Louis Tomlinson dolls. As an added surprise for the singer, fans also gathered to take part in a nightly fan project – handing out an abundance of pride flags to hold during the concert. Throughout the performance, Tomlinson displayed a unique ability to make a large crowd feel small – reading signs, turning audience members around (something that became a sign of affection among Tomlinson fans), and even filming himself on a fan’s phone who had been thrown on stage.

The singer’s expert stage presence was backed by a strong vocal throughout. He maneuvered the crowd through the catchy lyrics of his debut solo album, 2020’s “Walls.” After opening with the mid-tempo rock ballad “We Made It” and a cover of One Direction, Tomlinson performed a series of songs from the album, including “Two of Us” and “Too Young”. While Tomlinson’s discography can sometimes seem formulaic, his music transcends in a live setting. Songs like “Don’t Let It Break Your Heart” and “Always You” which appear as opening credits on the recording were invigorated with new energy during the concert as Tomlinson bounced off the high energy of the crowd. A casual gig-goer would never guess that Tomlinson’s “Copy of A Copy of A Copy” was an unreleased track as his devoted fans sang along without missing a single word.

“I know you know the words to this one,” Tomlinson remarked before launching into a crowd-pleasing rendition of One Direction’s 2015 hit “Drag Me Down.” The cover marked the first of three One Direction songs that the former band member would sing. Tomlinson also took the time to pay homage to two of his musical influences, including a cover of Kings of Leon’s 2013 single “Beautiful War.” The surprise highlight of the evening came when Tomlinson covered Catfish and of the Bottlemen’s indie rock track “7”. The song’s stripped-down choruses allowed Tomlinson’s vocals to shine, building into an explosive final chorus with a beltline unlike anything on his own discography.

Tomlinson’s encore turned out to be carefully crafted to highlight the best parts of this performance. The three-song stretch began with “Only the Brave,” a stripped-down number that stands out from Tomlinson’s collection of otherwise forgettable slow songs. After a quick final speech of thanks for his crew and backing band (punk rock band Sun Room), Tomlinson hit another crowd pleaser with a solo rendition of One Direction’s “Through the Dark” that captivated everyone. the public.

Tomlinson closed the 90-minute set with the second single from his debut album “Kill My Mind.” On its own, “Kill My Mind” is Tomlinson performance at its finest. Paying homage to mid-90s Britpop, the track’s anthemic chorus rocked the room, threatening to overwhelm the House of Blues as if it were meant for the biggest stage and loudest crowd. This track soared to new heights in the finale of her concert, giving the audience one last glimpse of her stage presence. Fans old and new came away with a new perspective on Tomlinson as an artist – the biggest achievement for a first solo tour. With performances like these in his future, Tomlison has the ingredients for a successful solo career.