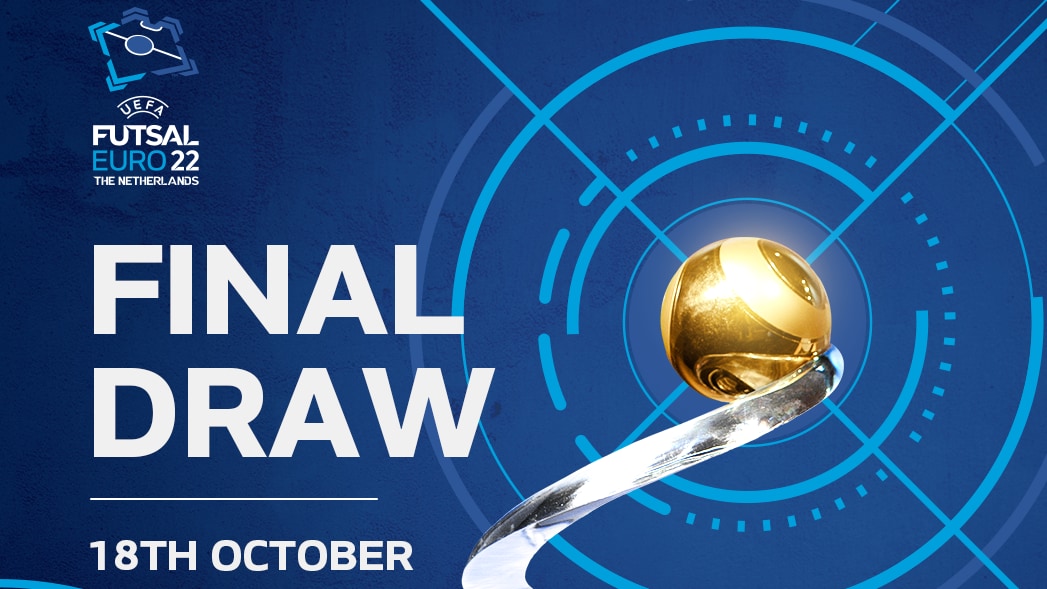 The Netherlands will host the UEFA Futsal EURO from January 19 to February 6, 2022, the first since the transition from the biennial 12-team tournament to a 16-nation final held every four years.

The draw, broadcast live at 6:00 p.m. CET on Monday, October 18 at the KNVB Zeist campus, will divide the hosts and 15 potential qualifiers into four groups of four. The group stage will be played at Ziggo Dome, Amsterdam and MartiniPlaza, Groningen, with the knockout stage at Ziggo Dome.

Netherlands 2022: all you need to know

The teams are ranked according to the UEFA senior men’s futsal national team coefficient ranking, with the play-off winner taking the ranking of the competitor with the highest coefficient, Serbia.

There are four pots: Pot 1 made up of the four teams with the best classification coefficients including Portugal, holder; Pot 2 with the next four teams (including the winners of the play-offs) and so on.

The teams are drawn into the groups in alphabetical order of groups A to D, and the positions in the group (1, 2, 3, 4) are also drawn.

The hosts, the Netherlands, are not drawn but are placed in position A1. As they are seeded in pot 4 (which will be drawn first), the other three teams in this pot will be drawn into groups B, C and D. Pot 3 is drawn next, then pot 2 and finally pot 1.

Based on the decisions taken by the UEFA Emergency Panel, Russia and Ukraine cannot be drawn in the same group. If Ukraine (Pot 3) is drawn in Groups A or B, Russia (Pot 1) cannot be allocated to these groups and if one of them is drawn, it will be placed in Group C. If Ukraine is drawn into Groups C and D, Russia cannot be allocated to these groups and Pot B must remain open for them if they are not drawn first or second in their pot.

The top two in each group will advance to the knockout phase starting with the quarter-finals. The schedule below is provisional; the final schedule will be confirmed after the draw.

The 10,500-seat arena opened in 2012 and, in addition to hosting major indoor sports, it is a premier concert hall.

The 3,900-seat arena opened in 1989 and was expanded in 2000. It has hosted major tennis and basketball events as well as concerts and exhibitions. It is the home of Donar’s basketball team.