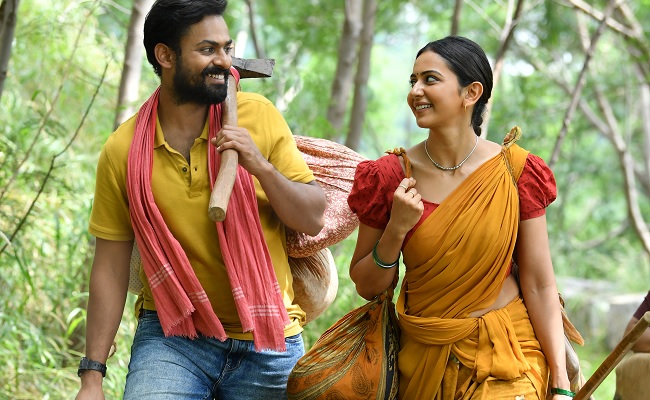 Konda Polam: Can That Weak Trailer Get Audiences?

The trailer for the movie ‘Konda Polam’ starring Vaishnav Tej and Rakul Preet was released today. The caption under the title is â€œAn Epic Story of ‘Becoming’â€ – which is vague.

The point of any trailer is to gain the attention and interest of the audience, but it didn’t happen in a reasonable way. There is also no gripping dialogue in this trailer.

The trailer features Vaishnav Tej as a well-educated youngster from a shepherd family who is dismissed in all interviews.

After four years of unsuccessful attempts in the city for a job, he returns to his hometown. As suggested by his grandfather, he takes the responsibility of becoming a shepherd. In the process, he falls in love with an Obulamma shepherdess played by Rakul Preet Singh.

The adventurous acts of the protagonist protecting the sheep from the wild animals of the forest form the story.

Directed by Krish and produced by First Frame Entertainments, the film has music by MM Keeravani.

Vaishnav Tej looks stoic without any change in his expressions.

Overall, the background score sounds like an epic although the content doesn’t instantly coincide. The film will be released on October 8.