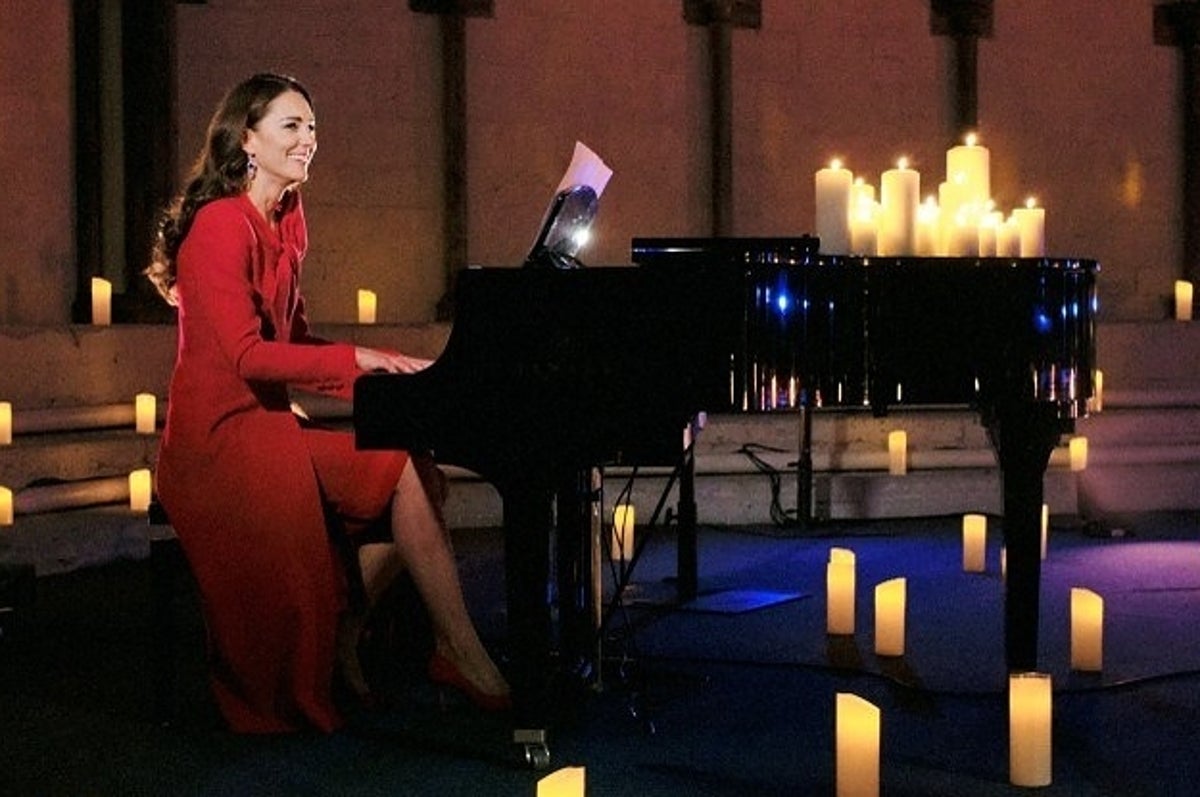 Catherine, Duchess of Cambridge, surprised viewers on a TV Christmas carol service by playing the piano during one of the performances. Royals aka Kate Middleton accompanied Scottish singer-songwriter Tom Walker as he performed his new Christmas song, “For Those Who Can’t Be Here.”

The concert, dubbed “Royal Carols: Together At Christmas”, was hosted by Kate to honor frontline workers and those working to support their communities during the COVID-19 pandemic.

National Health Service employees and representatives of charities have been invited to attend the service, which was filmed at Westminster Abbey on December 8 and aired on a TV special on ITV in the UK the day before Christmas.

However, Kate’s performance with Walker was secretly pre-recorded and was only seen during the airing.

In an interview with BBC Radio 2, Walker praised Kate’s piano playing and revealed how the royal collaboration was born. The singer-songwriter said he met Kate after performing at a charity event she attended in October. During the planning stages of the carol service, she asked him to be involved, he said.

“She asked me if I could come and play the singing service and I said yes, that’s not a problem, but I also wrote a Christmas song that no one has heard yet, I can send it and you can listen to it, â€he said. â€œSo I sent it to the team and they absolutely loved it, then a week later they came back and said, ‘Um, would it be okay if the Duchess played with you? and I was like, ‘What?’

“We got together, we rehearsed the song about nine times, and in the end she absolutely nailed it, then she left for a few days and practiced it, and then we finally got to record it. He said in another BBC interview.

â€œAnd I was really impressed because it’s one thing to play with me in a studio, just the two of us, but then to jump right into playing with a live string quartet, a pianist and two backing singers.

“I think we were both very nervous that it wouldn’t go quite as planned and one of us would drop the other person or whatever, but she was absolutely fabulous – she l ‘broke,’ Walker added.

Walker said the performance was so secretive that he didn’t even tell his own mother about it. â€œShe was in tears watching it on TV, it was beautiful,â€ he said.

Kate’s late mother-in-law, Princess Diana, was also a pianist – while touring a music camp in Australia in 1988, she shocked the press by sitting down in front of an instrument and playing part of the “Concerto for piano n Â° 2 “by Sergei Rachmaninoff from MÃ©moire.

Why Payday Loans Are Not Dangerous

Aayush Sharma: Until the public accepts you as an actor, you won’t be able to become a star | Hindi movie news