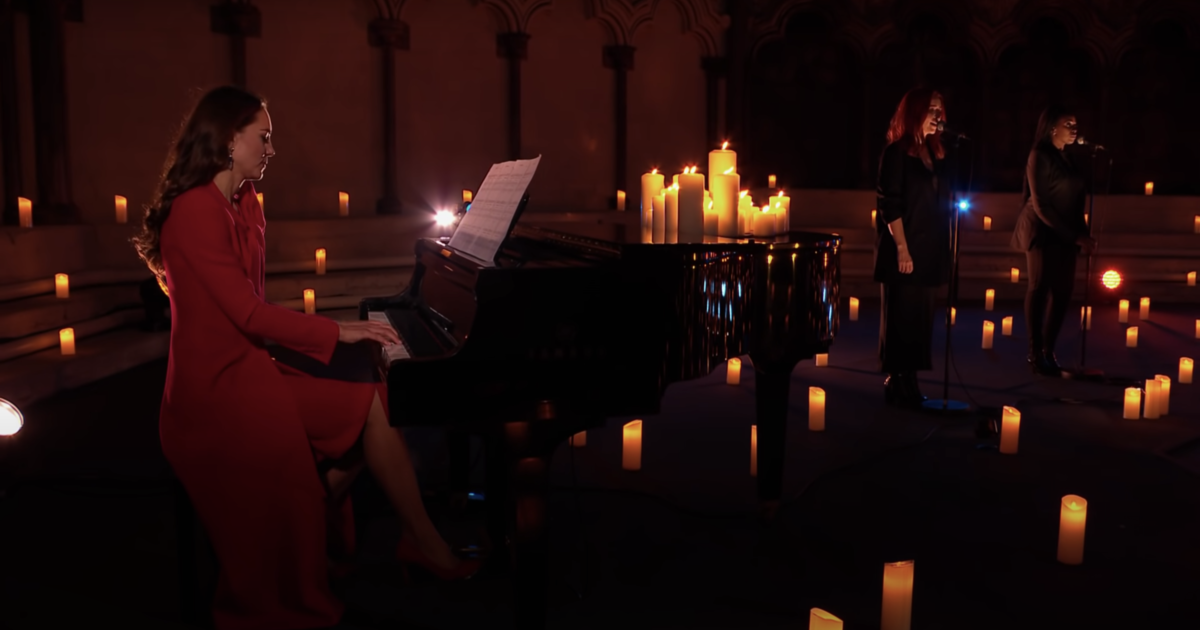 Kate, the Duchess of Cambridge, stunned audiences at a community singing service with a stirring surprise piano performance on Christmas Eve. Alongside musician Tom Walker and surrounded by candles, she showed her impressive piano skills for the first time on the television special “Royal Carols: Together At Christmas”.

Ahead of the Chapter House concert inside Westminster Abbey, the couple secretly filmed in a recording studio, according to BBC News. The entire event, which also starred Leona Lewis, Ellie Goulding and “Harry Potter” star Tom Felton, was broadcast in Britain on ITV.

The attendees of â€œRoyal Carols: Together At Christmasâ€ were individuals and organizations who inspired and supported their communities throughout the coronavirus pandemic, ITV said. The service aimed to uplift the nation and reflect on the difficulty of the pandemic, “especially for those who may be more vulnerable, isolated or have limited access to support.”

“This Christmas will be different from what so many of us expected” Prince William and Kate tweeted Friday. “From those who are alone or who have to isolate themselves away from loved ones, to the amazing people who support our NHS and take care of those who need it most, we have you in mind.”

Kate and Walker’s poignant performance of her song, â€œFor Those Who Can’t Be Here,â€ can be watched in full on the Duke and Duchess’s YouTube channel.

Walker, a British singer-songwriter, told ITV he was approached by the Duchess after they met at a charity event.

“We got together, we rehearsed the song nine times and in the end she absolutely nailed it, then she left for a few days and practiced it, then we finally got to record it,” he said. â€œAnd I was really impressed because it’s one thing to play with me in a studio, just the two of us, but then to jump right into the game with a live string quartet, a pianist and two backing vocals. “

â€œI think we were both really nervous that it wouldn’t go quite as planned and that one of us would drop the other person or whatever, but she was absolutely fabulous. ‘broke,’ he added.

The Christmas program “brought together so many inspiring people for a night of wonderful Christmas carols and music,” the Duke and Duchess’s @KensingtonRoyal account tweeted after the special. “But above all, it was about celebrating the goodwill, the acts of kindness, love, empathy and compassion that have helped people through these difficult times.”

Several other royals also attended the service, including Prince William, Zara and Mike Tindall, Sophie Wessex and Princess Beatrice and her husband Edoardo Mapelli Mozzi. Queen elizabeth ii was not present, but plans to address the nation on Christmas Day.

Sophie Lewis is a social media producer and trend writer for CBS News, focusing on space and climate change.