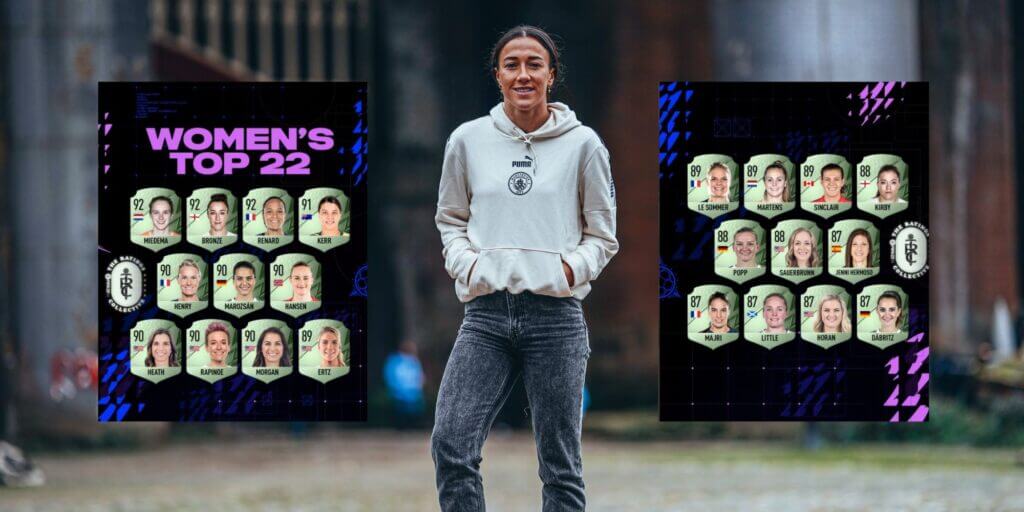 Is the player ratings debate good for women’s football? – Athleticism

“Nobody asked for that!” roared a Twitter user. “Who the hell is playing FIFA with the women?” Another sneers. On the one hand, the verdict is simply a blunt “I don’t care”.

It’s all part of the predictable misogyny that accompanies every EA Sports announcement regarding female player ratings in their popular FIFA game series.

EA has now sold over 325 million copies of FIFA since the release of its first incarnation in 1993. Female players were only added to the franchise for the first time on FIFA 2016, but this year’s game saw FIFA’s biggest expansion towards female player inclusion. .

Seventeen international teams, the chance to create a player in career mode and the first female commentator – former Arsenal and England defender Alex Scott – are within reach of millions of players.

And now, behind the degrading sexism lies a more constructive and interesting debate on social media: a discussion about player ratings and who should or should not be in the top 22.

A player’s overall rating is a numerical indication of their abilities relative to those of their peers. The overall score is calculated by combining their key stats – pace, shots, dribbling, defense and physicality – with their international reputation. Being in the top 22 would mean they are one of the 22 best players in the world. But this is what causes so much debate. Naming the “best” players in the world is subjective and fans always disagree.

“How (Megan) Rapinoe is still not canceled?” »After two disappointing years for the USWNT and four starts for OL Reign in 2019