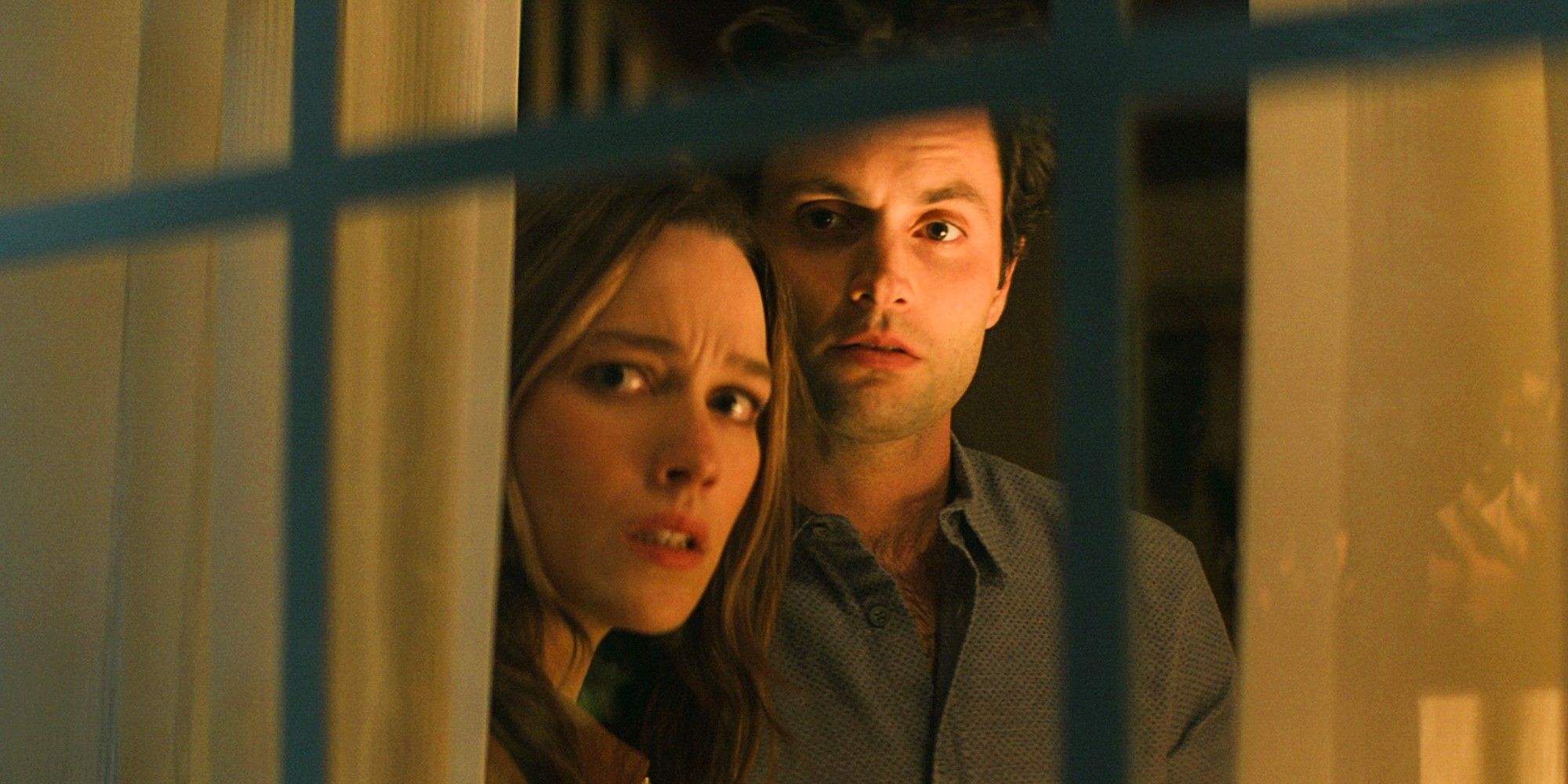 An eagle-eyed fan reports a goof in a scene in YOU season 3, which viewers may have missed while watching the show’s intense moments.

Viral TikTok video shows flashing filming error and you’ll miss it on Netflix YOU season 3. Based on the Caroline Kepnes series of books, YOU is a psychological thriller that tells a dark tale of obsession, violence, murder and toxic romance. The series premiered on Lifetime in 2018 before moving exclusively to Netflix in 2019 for its second and third seasons. Penn Badgley plays Joe Goldberg, a charming New York bookstore manager who hides a secret life as a serial killer.

In Season 1, Joe falls in love with an aspiring writer named Beck whom he later kills after discovering his murderous ways. Season 2 sees Joe move to Los Angeles where he meets Love Quinn (Victoria Pedretti), an attractive heiress and passionate chef. He soon discovers that Love is not the typical girl next door as she reveals that she is just as bloodthirsty. YOU Season 3, which debuted on October 15, picks up with Joe and Love moving to the idyllic California suburb of Madre Linda. Now married and having a newborn baby, the couple fall back into their compulsive habits as they try to be the perfect family.

Related: You Season 3 Finally Made Joe Unlikable (And That’s Good)

While YOU is known for its thrilling scenes, a new TikTok video exposes a hilarious filming error that viewers may have missed while watching the show’s intense moments. The now-viral clip was spotted by a TikTok user @annabelleryan. It shows a scene from the final episode when Love texts Marienne (Tati Gabrielle) using Joe’s phone. Their messages are displayed on the screen and next to Joe’s chat bubble is his profile picture, just like in a standard text message exchange. Only, a closer examination reveals that it is not Badgley’s face but a random guy who looks suspiciously like the actor.

At first glance, the slippage isn’t really noticeable as the scene unfolds quickly and Joe’s profile picture is displayed as a tiny thumbnail. Once viewers spot it, however, it’s really hard not to see it. A second look at YOU past episodes also confirm the confusion, as Joe’s profile picture in other chat bubbles is definitely Badgley’s. As the eagle-eyed fan asked, who is this other guy and how could the show’s editors miss this little detail?

While the funny shooting error does not affect YOU storyline, it provides a comedic break from the gruesome events of Season 3. The latest installment in the series is the craziest yet with Joe and Love teaming up to rack up the death toll. Obviously, the show’s twisted but addicting plotline got viewers hooked because Netflix has already renewed. YOU for a fourth season. As Joe’s demented story of finding his one true love continues, fans can expect the series to become more captivating.

Abi graduated in Communication Arts and has years of experience in the television industry as a researcher, writer and producer. Currently, Abi is a freelance entertainment news writer and publishes news articles on various platforms. In her spare time, she enjoys baking and cooking. She lives with her husband, toddler and their three rescued cats.