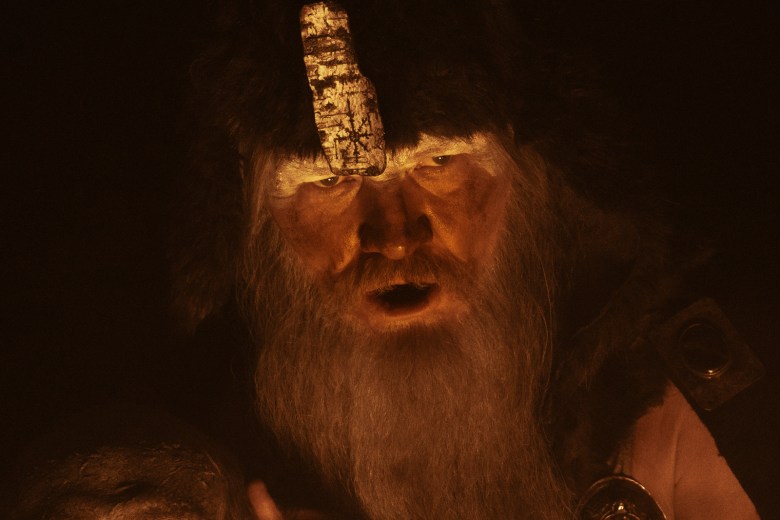 From The Bad Guys to The Northman, younger audiences lead the box office

“The Northman”, “The Unbearable Weight of Massive Talent” and “Everything Everywhere All At Once” suggest that the original films still have a chance.

As exhibitors gather in Las Vegas for their annual CinemaCon convention this week, this weekend’s box office will bring optimism to their gatherings. It fell short of $100 million (in 2019, just four weekends were insufficient), but there are a few talking points to combat the concern that theaters are overly reliant on the franchise.

He also provided a balancing case study: four movies have grossed over $10 million, an unremarkable statistic. However, this weekend was the first instance in more than two years.

“The Unbearable Weight of Massive Talent”

Add to that the strong sway of “Everything Everywhere All at Once” (A24), down just 15% in its fifth weekend (its third in wide release) and there are plenty of indications of audiences other than the proven one. For theatres, this is essential. If they are to achieve minimal recovery (for now, maybe 80% of 2019 performance), it won’t happen without some fresh blood.

The risk of addiction to sequels and the like is highlighted by the 67% drop for the second weekend of “Dumbledore”. It seemed like a surefire $100 million domestic release (doing better overseas, but bearing the brunt of a $200 million production cost), but that won’t be enough. It fell behind ‘Sonic’, still No. 2 and losing only 48% despite competition from ‘Bad Guys’ for younger audiences.

The quirky, edgy trio of “Northman,” “Unbearable” and “Everything” combined for $25 million. These niche adjoining titles likely cut each other, but they appealed to younger audiences. More importantly, they suggest that taking risks can pay off.

This recognition comes at just the right time with Netflix under siege. Known as a producer of riskier, filmmaker-friendly projects, he could become more conservative as studios screw up the courage to take risks.

The jury is still out on “The Northman,” which cost $90 million and shows signs of divided audience response (a low B Cinemascore). This suggests that the domestic box office may not exceed $30 million, with foreigners possibly about the same. “Unbearable” grossed less and cost less (reported budget at $30 million). “Everything” should have the best national gross. It could reach $40 million, well above expectations.

The key to all of these films is how much their theatrical presence will increase future household incomes. Their next step is likely PVOD rather than streaming (“Northman” will appear after its third weekend, if it follows normal Focus policy). Acting has raised their profile and this is a win for theatres.

The total box office this weekend was $94 million. That’s 78% of the same weekend in 2019 (which was Easter). This brings the four-week rolling comparison for 2019 to 77%. This figure has not exceeded 80% since the reopening of cinemas.

Despite all the slightly encouraging signs of the bolder originals, the family titles are second only to Marvel in theatrical recovery. Three are in the top 10 this weekend, grossing $53 million. That’s 56 percent of the total audience. The return of ticket buyers to these films is crucial.

The difference between the two receipts comes from additional revenue for “Mom” from the filmmaker’s Zoom screenings before the weekend that was added to Friday’s total. The results are similar for the other two days.

SPC, recognizing the difficulty of bringing traditional older audiences to attend key city opening weekends, held a two-for-one promotion at the Angelika Theater in Manhattan. This suggests higher footfall than the gross suggests and the possibility of it paying off with word of mouth. With older audiences declining and younger audiences responding, this suggests a possible permanent shift in specialty distribution.

We’re all going to the world’s fair (Utopia) – Week 2; also on PVOD

Register: Stay up to date with the latest film and TV news! Sign up for our email newsletters here.

The Jacksonville Symphony gives a modern twist to “La Bohème”

A Good Day for Democracy – by Charlie Sykes