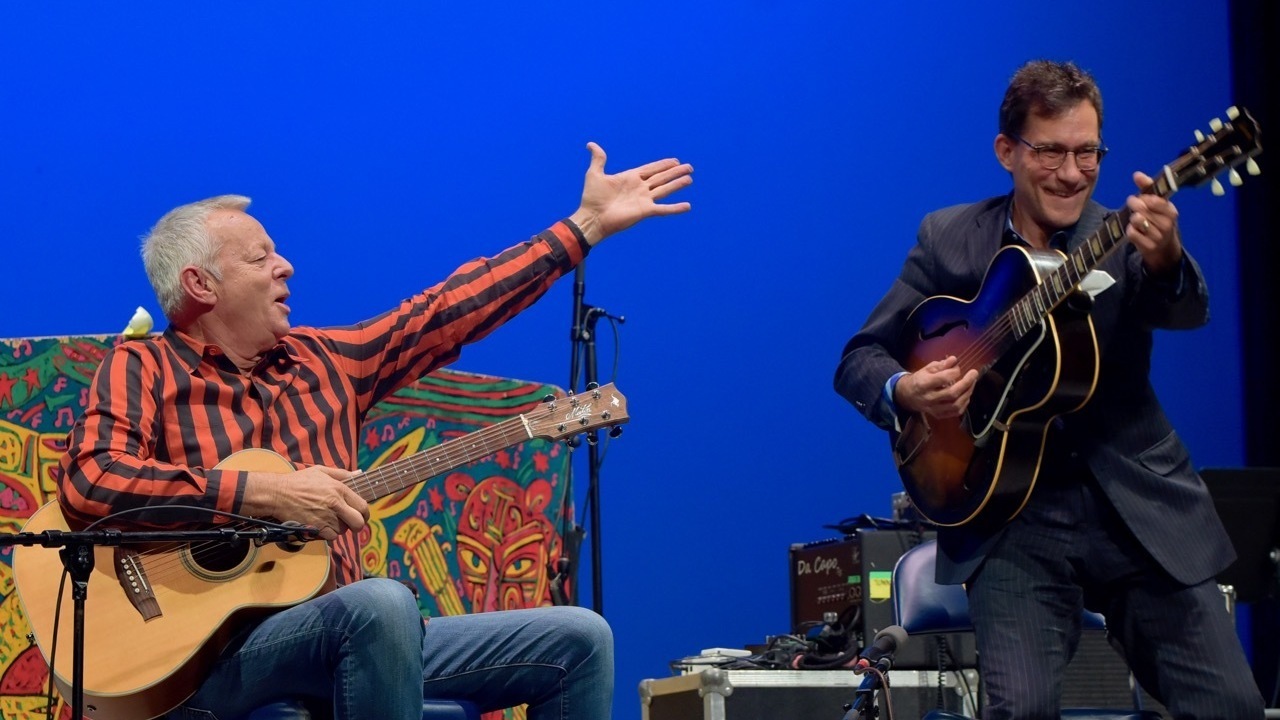 “Frank Vignola is one of the most extraordinary guitarists who perform in front of the public today”, declares Mountain stage host Kathy Mattea, presenting a stunning guitarist she had met a few years earlier at a concert in Italy.

For the past six years, Vignola has toured in a guitar demi-duo with Vinny Raniolo, with whom he was scheduled to perform on the Mountain stage – but Raniolo was summoned out of the blue. Fortunately, Vignola had a trump card up his sleeve.

“I brought a newcomer to introduce you, he’s a fabulous guitarist that I heard a few weeks ago, and he has a very bright future ahead of him,” Vignola said, drawing the audience in with a wink. eye. “I would love to introduce you to Tommy Emmanuel. Thank you, Tommy, for coming forward.”

Longtime friends and virtuosos of the guitar, who first collaborated in 2009 with their iconic recording Right between the frets, started their set with the classic “If I Had You”, then riffed happily and made their way through five more before concluding. The duo expertly swapped increasingly complex licks, with Edgar Sampson’s â€œStompin ‘at the Savoyâ€ and perfectly matched two-guitar harmonies throughout Django Reinhardt’s â€œSwing 42â€.

“Yes, soak yourself in that loveMattea said towards the end. â€œIt’s just a little something they organized this afternoon when Vinny couldn’t do it. That’s just how they ride. “