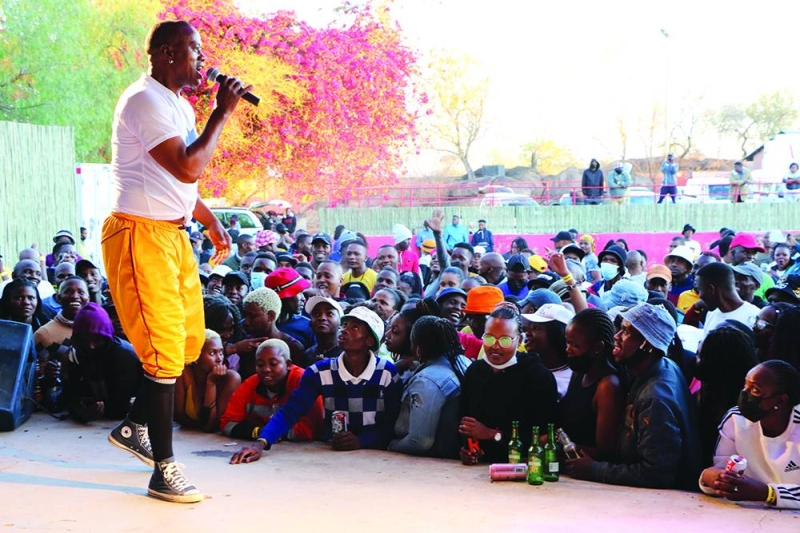 Kwasakwaa idol, Franco Lesokokwne disappointed his legions of fans with his late performance this weekend.

Franco had just performed just three songs at 6:30 a.m. when police arrived at the scene and demanded that the show be stopped. It was not well received by many people, especially Franco fans who expressed their disappointment that after a long time they wanted to dance in the morning with the legendary musician. â€œI’m disappointed. I really came here for Franco but it’s really disappointing that he only played three songs. He knows we’re there for him,â€ one fan shouted. Many others said that they had really hoped to have some time on the dance floor, dancing to Franco’s tunes, but were also disappointed to have little time with their favorite star.

As usual, Franco & Afro Musica was the headliner, with MaGloo, Tyte, MC Maswe and Beauty Queens, Mmaratwa, Zolasko, Tshepo G, Culture Spears and Ditiro Leero. The performances started just after midnight when the area started to fill up, possibly due to the bars. From MaGloo to Ditiro Leero, the performing artists have taken turns performing. But due to the number of artists lined up to perform, time turned out to be insufficient as police pounced on lead artist Franco, just as his fans and revelers were warming up for his performance.

Eighteen months after music festivals were suspended by the coronavirus pandemic, they have finally made a comeback. While major music festivals are expected to make their official comeback late in the year, the festival’s reopening at famed Mogoditshane Trekkers nightclub hasn’t really quenched revelers’ thirst for stage performance.

From the days when it was known as the Chez Ntemba nightclub entertainment center, revelers always left the place happy and content. Even with a change of management, the nightclub would rarely go a weekend without hosting any events. However, the return of nightlife to Mogoditshane got off to a rocky start this weekend, as revelers left the entertainment space disappointed that the lead actor didn’t have enough time on stage.