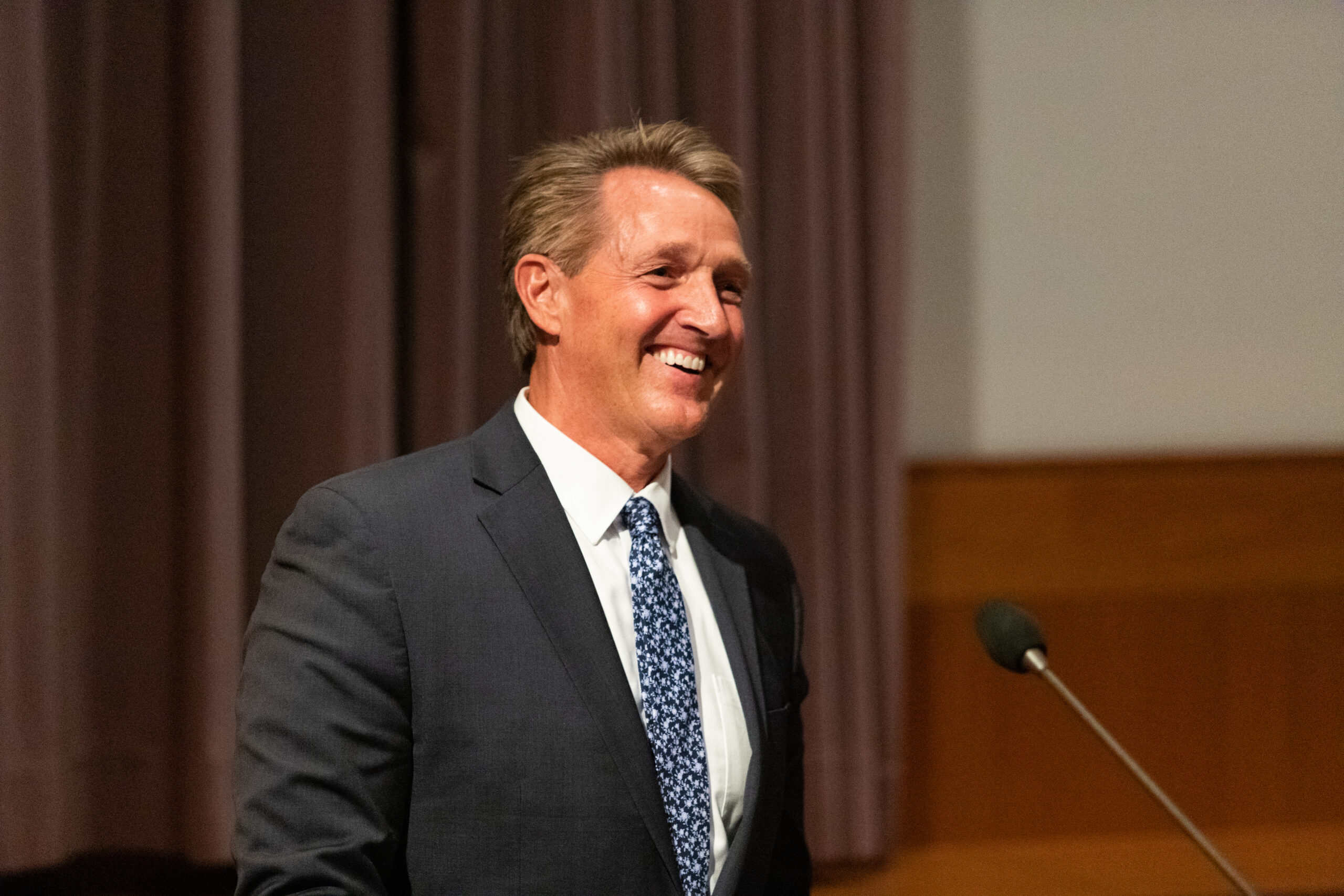 Former Arizona Senator Jeff Flake told a BYU audience on Wednesday that despite questions raised about the leadership of the United States after the withdrawal from Afghanistan, the country still holds a global leadership role.

Flake, a BYU alumnus from Mesa, Ariz., Said the world is in a lot of mess, but America’s time for leadership is not over. Flake represented Arizona at Congress from 2013 to 2019.

“The world is a better place because America, especially over the past 70 years, has consistently looked abroad,” said Flake in his talk sponsored by the David M. Kennedy Center for International Studies. He said the world still wants American values ​​and leadership.

“The world that was enslaved by totalitarianism was shedding its shackles,” Flake said.

Soft diplomacy, economic assistance, humanitarian aid and the promotion of free markets have also contributed to a freer and more prosperous world, Flake said. “It wasn’t just our US military might that changed the world.”

Flake explained how Communist leaders thought America was forever weakened after it pulled out of Vietnam, but that changed when the Berlin Wall fell 15 years later. “Life comes to you quickly,” he said.

Flake said he was convinced America would continue to be a “shining city on the hill” into the future.

Immediately after his lecture, Flake answered students’ questions. One asked what BYU students can do to help bridge the political divide.

Flake said it is more difficult to close the political divide now than in the past. Social media platforms are useful tools that allow people to respond to government leaders immediately and widely.