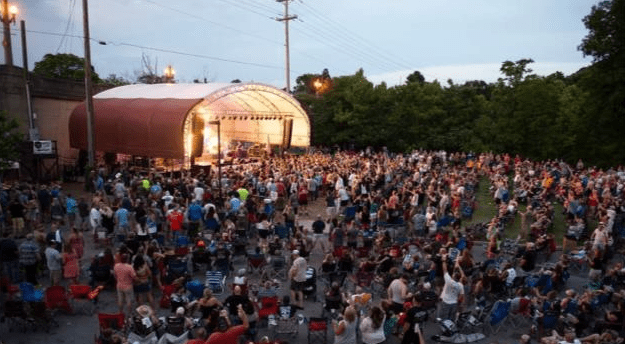 “These shows are going to be a great addition to the season. We start with a Flashback Fridays tribute show and follow with two incredible artists in genres that have been requested by our community,” said Waynette Anderson, President of Dr Pepper Park.

On Friday, August 12, Face 2 Face will kick things off with a Flashback Friday Tribute Show to Billy Joel. Mike Santoro and Kenny Metcal pay homage to Billy Joel by performing classics such as “Uptown Girl” on the piano and replicating Joel’s style by wearing dazzling suits and sunglasses. Tickets start at $25, kids 12 and under are free. You can buy tickets here.

The following group has a unique style of soul and southern rock. JJ Gray and Mofro will perform Saturday, August 13 at 6 p.m. Event officials describe JJ Gray as an “unfettered and happy performer” who delivers his songs with “compassion and unrelenting honesty”. Band member Nat Myers is described as a “recognizable young talent” and “one of the best playing folk blues in this generation of music” by event organizers. Tickets start at $30 and can be purchased here.

Wrapping up the August concerts, Grammy-winning band Indigo Girls will speak on stage at Dr. Pepper Park on Wednesday, August 17. Hailing from Georgia, Amy Ray and Emily Saliers have recorded 16 studio albums and sold over 15 million records. Singer-songwriter Lucy Roche will open for the Indigo Girls in this folk-focused concert. Tickets start at $35. You can buy tickets here.

Doors open at 6 p.m. for all concerts. More information and future events can be found on the Dr. Pepper Park website.

BILLS CAMP: Over 35,000 fans attend ‘Return of Blue and Red’; Observations from the touchline | Sports