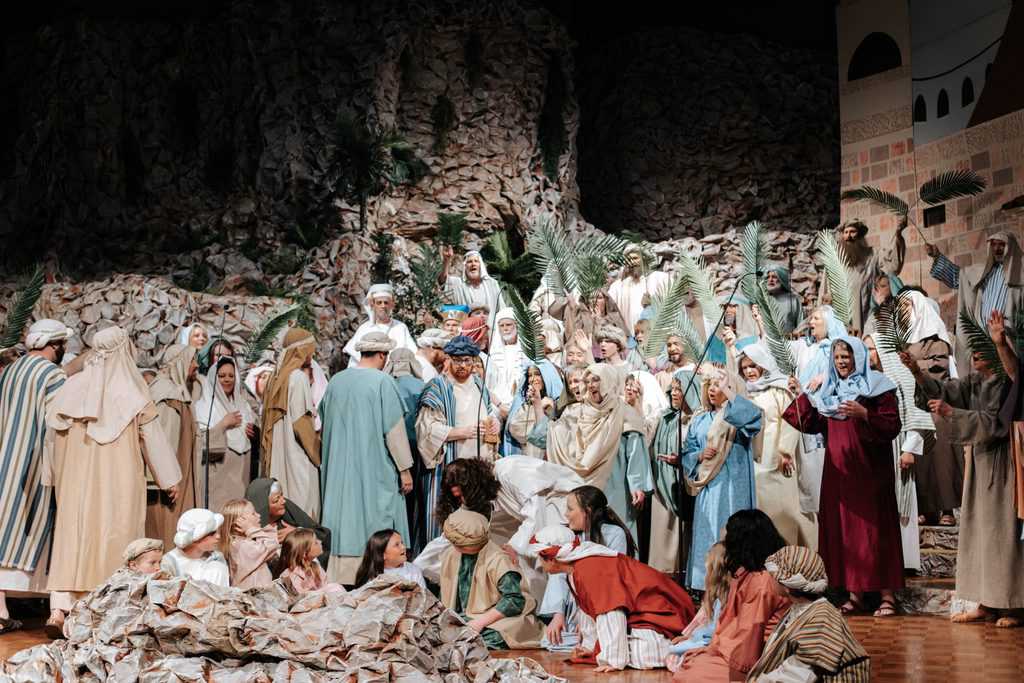 SALEM- Jessica Emory, a member of First Baptist Church here, couldn’t have been more excited to invite friends to the church’s ‘Never Thirst Again’ Easter contest on April 10, 15 and 16.

“A lot of people don’t know this, but the last time this was featured, it changed my life,” she shared on her company’s Facebook page, Jessie-Lynn Photography. “It could also change yours.”

SALEM — Audiences at the “Never Thirst Again” Easter pageant at the First Baptist Church here cheered as the drama depicts the resurrection of Jesus. (Photo courtesy of Jessie-Lynn Photography)

emory said The path that God used the performance to “move mountains” in his life. It helped her overcome her personal grief, reassured her of God’s love, and reawakened her spiritually. Shortly after this competition, his family joined FBC Salem. This year, she used her artistic gifts, taking photos of the contest, some of which are featured alongside this article in The path.

According to Pastor Joel Hayworth of FBC Salem, the 2022 Easter Contest attracted more than 1,000 people and was once again transforming lives. It was the 17th show the church has produced since 1996. This year’s production was led by worship pastor David Hancock, whom Hayworth called a “very gifted singer but an even better pastor”.

After just pastoring the church for about six months, Hayworth said he wasn’t sure what to expect from the Easter pageant.

“However, the competition exceeded my expectations in every way, as we had about 160 members of our church involved in some capacity,” he said. “The members spent countless hours building sets, memorizing lines, learning new worship songs and rehearsing scenes. Between the unity this event brought to our congregation, its impact on our community, and the many gospel seeds planted, I would say the contest was a resounding success by the grace of God. Additionally, we have had families join our church through this ministry!

The performance “touched” a lot of people, Hayworth said, “because they got to see all the things that Jesus went through because of our sin.

“A young boy,” he added, “showed up the first night and shared that he wanted to be baptized. After some discussion, he shared that while watching the show, he finally clicked on the fact that Jesus died on the cross to save him from the punishment of his sins.

Hayworth said he would baptize this boy on April 24.

“This show followed the life of Jesus from the perspective of the woman at the well in John 4. It was moving to see how Jesus offered this pariah woman ‘living water’ and how He invites us all to trust in His gospel and never thirst again,” Hayworth said.

“During the resurrection scene,” he added, “many people in the audience each night began to applaud and celebrate the truth that Jesus Christ rose from the grave and won the victory for us. that we could never win for ourselves.

“People of all ages entered the contest, and it was humbling to see lasting friendships emerge after spending so much time together over the past five months.

“Not only was the gospel presented verbally through this show, but people left the church each night seeing with their own eyes the love of God on full display as he sent his Son to be our substitute on the cross and rise from the grave. … I was touched to see God’s people come together to present the gospel and invite so many in our community and beyond to testify of its truth!