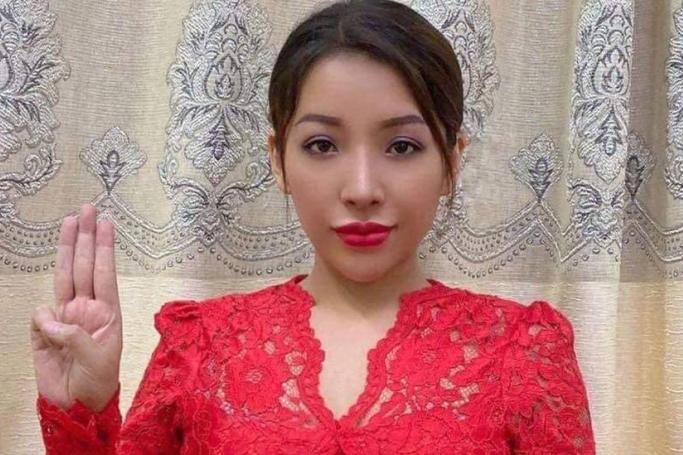 A former doctor turned model, Nang Mwe San was sentenced to six years in prison for posting racy photos on the adult subscription site Only Fans and other similar sites.

Because she lives in North Dagon Township in Yangon, which is under martial law, she was tried in a military court rather than a civilian court, which meant she was not allowed to have a lawyer and had fewer rights.

Nang Mwe San was arrested in August and charged with “undermining culture and dignity”, according to junta authorities who accused her of disseminating pornographic photos for payment.

She was found guilty of distributing nude photos and videos on social media sites for a fee, under Section 33(a) of the Electronic Transactions Act.

Nang Mwe San is believed to be the first person in Myanmar to be jailed for posting content on Only Fans.

She also attended pro-democracy and anti-coup demonstrations and it may be that the junta was actually more offended by the photos she posted of herself demonstrating against them, than those she posted. she posted on Only Fans.

Previously, Nang Mwe San was a doctor, but in 2019, after nearly 10 years as a doctor, she started posting suggestive photos online. The Myanmar Medical Council ordered her to stop posting such photos, and when she failed to do so, he revoked her medical license.

Thinzar Wint Kyaw, another model, is currently on trial in a civil court in Mayangone township on the same charge, but the court is yet to rule on the case.

Nang Mwe San is seen here holding her fingers, in what has become known as a symbol of popular protest. Photo: Nang Mwe San/Facebook