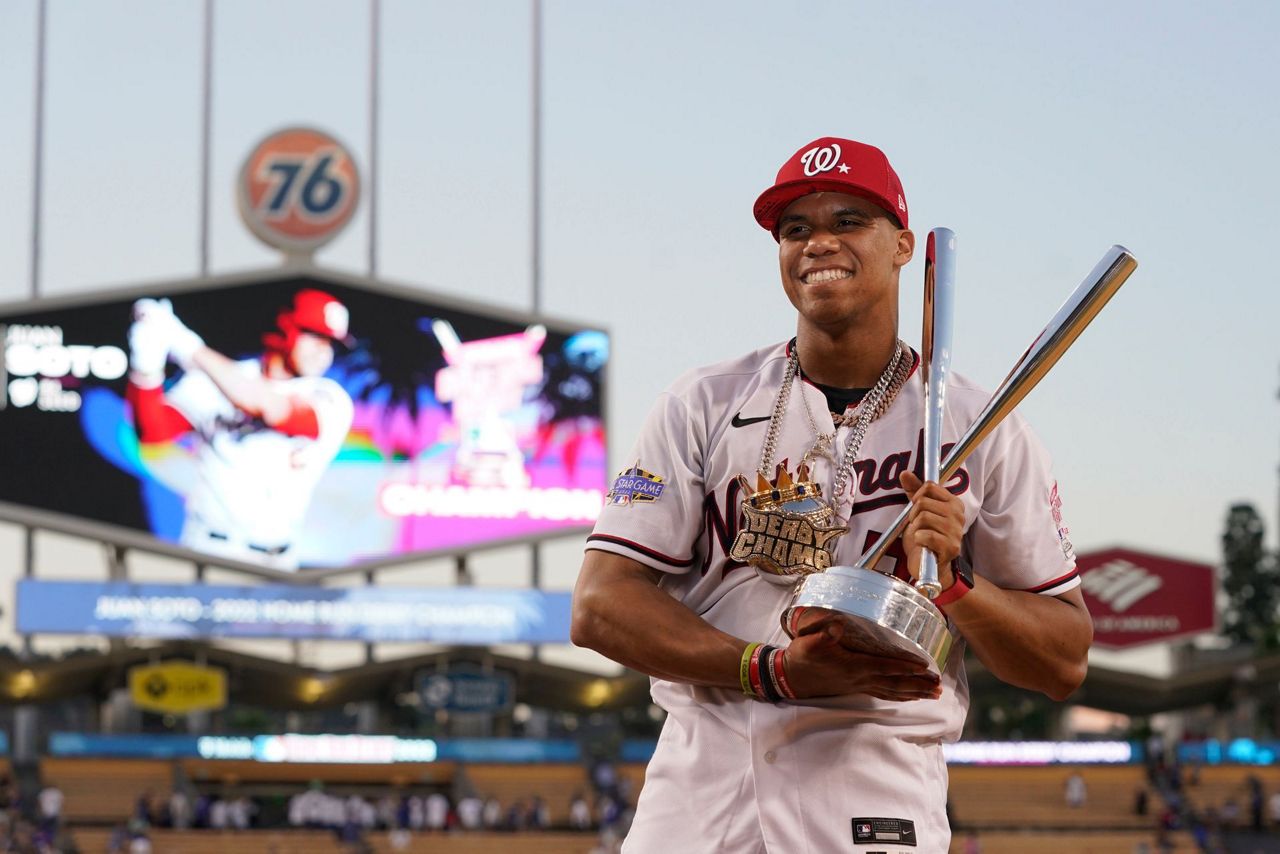 A preview of what’s happening around the majors on Monday:

Washington star Juan Soto is sure to be asked about his near future during a three-game series at Dodger Stadium. As the August 2 trade deadline approached, there was growing speculation that Soto could be on the move.

Soto was serenaded with chants of “Future Dodger!” during the All-Star Game last week at Dodger Stadium. The Nationals have the worst record in the majors and Los Angeles has the best in the NL.

Tony Gonsolin (11-0, 2.02 ERA) is coming back from his All-Star Game loss to start in Los Angeles. The Dodgers won a season-high eight in a row overall and 11 in a row at home, including a four-game sweep against the Giants over the weekend.

Xander Bogaerts and the ailing Red Sox have lost five straight as they begin a four-game series against Cleveland at Fenway Park.

Boston made three errors and a string of other blunders in an 8-4 loss Sunday as the Blue Jays completed a three-game sweep that included a 28-5 record.

“We don’t catch the ball. We don’t put good sticks, we don’t launch strikes. It’s bad. It’s really bad right now,” he said. “But we are talented. And we can turn around quickly, and it starts tomorrow.

Astros right-hander Jake Odorizzi pitches Game 1 against Oakland at the Coliseum — it will be his third straight start against the Athletics.

The AL West-leading Astros have won five straight since the All-Star break. They swept a home double against the Yankees, who have the best record in the majors, then won three in a row in Seattle – the Mariners had a 14-game winning streak before that.

From khakis to pleated skirts, the evolution of women’s golf fashion

In Between Days music festival is coming to Quincy on August 20, 2022