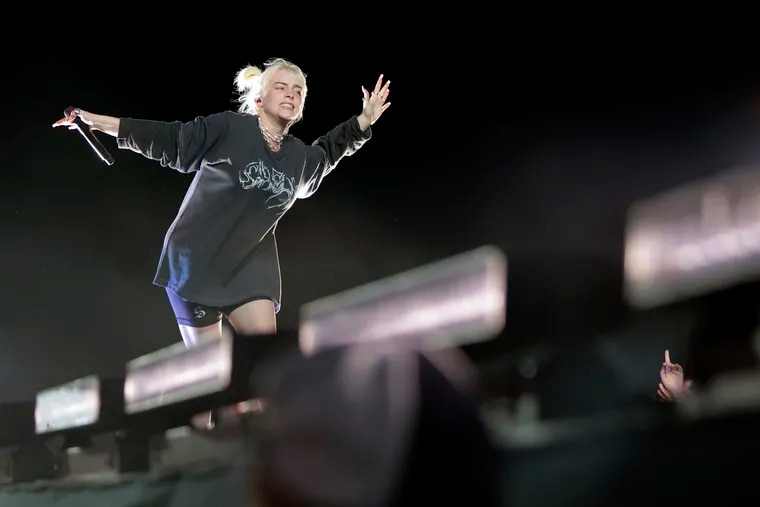 Delaware Firefly Festival lineup continues with The Killers and Lizzo

Fans of the Firefly Music Festival waited 837 days for the big rally to return to The Woodlands of Dover, Delaware, then had to wait a little longer for Billie Eilish.

Torrential rains and lightning struck Thursday along Delaware Bay – where the bucolic 105-acre festival site is located across Highway 1 from the gigantic Dover International Speedway – forced the start time to be pushed back. from 4:30 a.m. to 7:30 p.m.

Some bands scheduled for the start of the day have had their performances canceled and hope to play later in the weekend at the camping fest, which is the largest of its kind on the east coast and hopes to draw 50,000 spectators every day until Sunday.

Other artists were mixed in slots later on Thursday, which made for a mad – and muddy – Thursday night for festival-goers who endured long queues at health screening trailers to verify proof of a vaccine or negative COVID-19 test required for the entry before walking or taking a shuttle to cross the highway.

A lively musical evening took place on five stages, some nestled in the woods like the cozy Treehouse, where Del Water Gap (the project of songwriter Holden Jaffe, from Connecticut) and Nigerian singer-rapper performed. Serena Isioma.

The grounds were illuminated by twinkling towers that looked like constantly lit fireworks – as well as festival-goers who locked themselves in lights (but rarely wore masks) as they made their way through grounds which weren’t too muddy but treacherous in places. (On the bright side, it barely rained, once the music started.)

The stylistic range of act was wide – from Norwegian independent songwriter Marie Ulven Ringheim (who performs as Girl in Red) in Austin, Texas, electronic duo Missio to hard-core punk band from Baltimore Turnstile.

But really, Thursday night at Firefly, it was all about Eilish. The still teenage star – she turns 20 in December – who topped the 2020 Grammy Awards with her goth-pop debut When we all fall asleep, where do we go? is part of a festival that usually takes place in June and has taken care to reserve big headliners after being canceled in 2020 due to the coronavirus pandemic.

Eilish plays a limited number of festival dates in support of her new Happier than ever album before embarking on a 2022 tour that will take her to the Wells Fargo Center in South Philly on February 13.

Day passes for the festival are available on fireflyfestival.com. The best source of updated timetable information is the Firefly Festival mobile app. Sets of several of the festival’s biggest names can be watched for free throughout the weekend on the Mandolin live streaming service at firefly.mandolin.com.

Thursday, Eilish’s anticipation was keen. A highlight of Tate McCrae’s set, which immediately preceded the headliner, was â€œTear Myself Apart,â€ a song Eilish and his brother, Finneas O’Connell, wrote for the Canadian pop star.

Phoebe Bridgers performed an outstanding set on the main stage at the Firefly Festival, shooting from her stunning 2020 album punisher and the melancholy of 2017 Foreigner in the Alps, with the trumpet of JJ Kirkpatrick on a cover of “That Funny Feeling” by Bo Burnham. Halfway through the shoot, Bridgers became a superfan of Eilish, claiming his Firefly reservation was “an elaborate plot to see Billie.”

Opening with “Bury A Friend”, the song with lyrics that provides Where are we going? Title, Eilish was greeted with shouts of joy from the crowd who had converged from the various stages of the festival.

Backed by just two musicians – her multi-instrumentalist brother and drummer Andrew Marshall, both of whom also provided live production effects – Eilish put on an 80-minute show that was a minimalist wonder.

From visual presentation – with the stage sometimes bathed in red, other times with the silhouette of a giant spider looming behind it – to the disciplined musical approach, Eilish is a savvy performer who never oversteps her hand.

Her emotionally high-pitched songs don’t water down the teenage experience and are often built on whispered vocals and clean-lined arrangements – a prominent bassline here, a simple keyboard figure repeated there – that are rhythmic and pop connoisseurs. .

After such a long layoff, Eilish’s Firefly show was a necessary celebration for everyone involved. â€œGuys, I can’t tell you how many times I’ve dreamed of this,â€ she said of being back on stage, while admitting her nervousness, in a spoken interlude. (In another, before â€œall good girls went to hell,â€ she spoke of denigrating climate change deniers.)

Fans shouted over songs that came out as “Therefore I Am” and won haunted sweethearts such as “Lost Cause,” and were delighted with an unscripted moment where she jumped off the stage. and granted a fan’s request to sign his chest.

But the most impressive part of the show wasn’t the pandemonium. It was the stillness, the way Eilish was able to command a huge party ready to euphemistically.

The crowd couldn’t quite bring themselves to put their phones down and be fully in the moment for “Ilomilo”, but they were right with them when they put the body-shamers in their place in the spoken interlude. ” Not My Responsibility “.

And it was a miracle to see a festival audience stay enthralled when Eilish and her band mates really slowed down and displayed an ease with pre-rock pop with a blazing song trend over “Billie Bossa Nova” and “Halley’s Comet”.