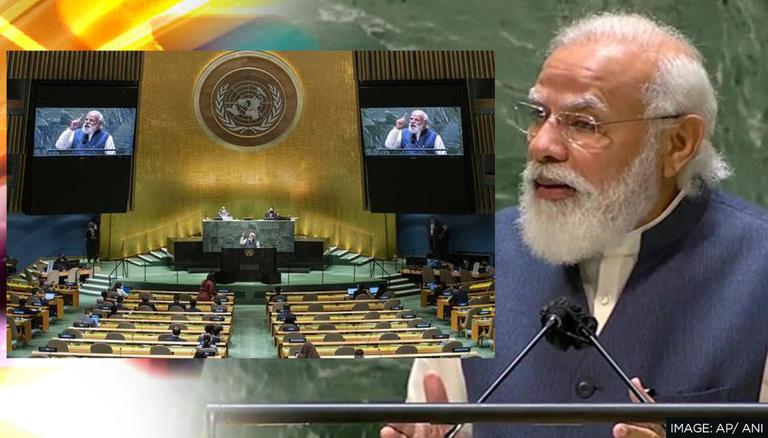 “When Prime Minister Modi addressed the United Nations many seats were vacant and, more importantly, no one even applauded. The most popular ‘self-proclaimed’ leader seems to have lost his popularity,” tweeted the Congress, accompanied by photos of the Assembly. , which appeared largely empty due to strict COVID-19 protocols.

Notably, this year the UNGA has been reduced due to the pandemic and the number of people has been limited to maintain social distancing measures. As a result, very few seats were occupied at the UNGA when the participating leaders spoke.

Responding to Congress, Sardar RP Singh of the BJP said the party could stoop to any level in its attempt to criticize the prime minister.

â€œCongress is not aware that COVID protocols are followed around the world due to which more than half of the UNGA seats were empty. It is very sad that even after such a successful visit to the United States which has been loved by the world, Congress is playing politics on her address, â€Singh told Republic TV.

Speaking on the UNGA speech, Singh noted that Prime Minister Modi touched on all issues during his speech, whether it was the crisis in Afghanistan, the role of Pakistan and China without name them, fight climate change or invite global manufacturers to invest in India. He said, however, that “Congress can go all the way to express its hatred towards Prime Minister Modi, whom he can also demean the country”.

Addressing the 76th session of the UNGA on Saturday, Prime Minister Modi paid tribute to those who have lost their lives to COVID in the past 1.5 years. Fighting for the strengthening of democracy, Prime Minister Modi said: “Yes, democracy can deliver … Yes, democracy has delivered” – highlighting his own journey from the son of a tea seller to the Prime Minister. Detailing India’s many COVID vaccines, he urged countries to “come and make vaccines in India.” Slamming Pakistan and China, Prime Minister Modi warned against the use of terrorism as a weapon and asserted that Afghan soil should not be used as a “bed of terror” to spread terrorism.

Instant App-Based Loans Could Lead You To Debt Traps