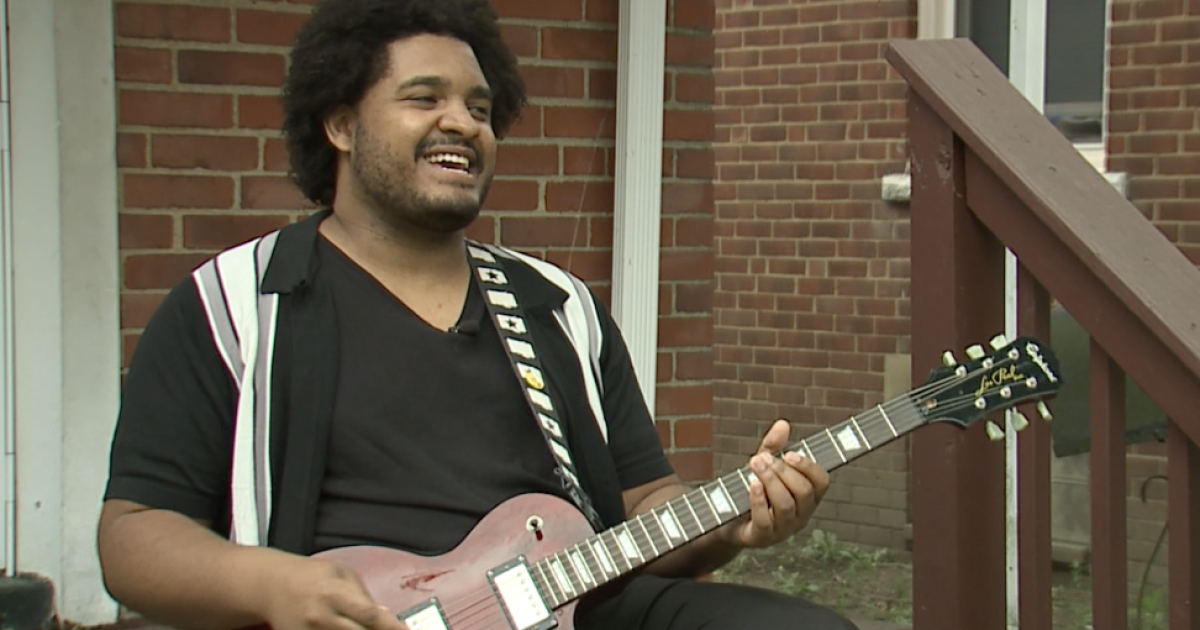 CLEVELAND — Cleveland is a city full of music. From the variety of music venues to the iconic Rock & Roll Hall of Fame, the city is bursting with entertainment. And from Thursday, those looking to explore the sounds of the city can do so at the Rock and Roll Hall of Fame for free as part of their summer concert series.

Sounds like the ones made by Marcus Smith. Music has been ingrained in his life since a young age.

“I’ve been making music since the beginning, it’s like I always felt like, but at least for 18 years,” Smith said. “My stepdad was actually an artist here in Cleveland in the late ’80s. So when I was growing up, it was always playing in our house.”

His time around music not only sparked his interest in becoming a musician, but also shaped his sound, which has a bit of everything in it.

“Earth Wind and Fire, Stevie Wonder was always playing, stuff like Boogie Down Productions and Janet Jackson, Prince — it was always happening at my house,” Smith said. “My style of hip-hop meets pop meets funk, soul, rock, all kinds of balls rolled into one.”

Smith is eclectic. His unique sounds are matched only by his range of musical talents.

“So I started writing first, so that was my first foray into music. I started writing in seventh grade for poetry class,” Smith said. “And from there I learned the piano. I don’t know how to play it. And, you know, I’ve just been playing music ever since.”

Last year, Smith received what he thought was the opportunity of a lifetime.

“So in 2021, I was one of the resident rockers in the Rock and Roll Hall of Fame. Crazy, amazing opportunity for me. Just to put myself in front of the right people and give me the tools I needed to make advance my career,” Smith said.

This opportunity, however, turned into so much more. On Thursday, Smith will take to the main stage outside Rock Hall to kick off the museum’s summer concert series Rock Hall Live.

“We have local singer-songwriter, rapper Marcus Smith, we’re thrilled to have him on our stage from 5-7 p.m.,” said Rock and Roll Hall fan engagement manager Megan Wilson. of Fame.

Wilson dashed around Rock Hall on Thursday morning, walkie-talkie in hand, coordinating everything at the museum as they prepared for the big night, the first of the free concerts all are welcome to attend.

“All summer long we’ll continue to do these free shows for you guys,” Wilson said. “We encourage you to book your free ticket online at our website rockhall.com. This is also where you can find lineups for all the awesome bands that will grace the stage.”

Bands like Smith feature keyboards, drums, bass and guitar, fellow musicians who complement his every note whether he raps, sings or sings along to the music. The music that Smith hopes will get him more fans as his songs fill the streets of downtown on Thursday night.

“So tonight I just hope to gain more fans. I feel like I’m at a point in my career where the material I’m writing is some of the best I’ve ever written. So so I know I know I’m doing my best, so I want people to experience that,” Smith said. “I think my goal for tonight is to attract people who otherwise wouldn’t watch us.”

And Smith is shaking nerves and getting ready to shine in the spotlight.

“Every time I get on stage it’s nerve-wracking for me. Like I’ve been doing it for so long, but it’s always that those nerves get to me but I’m honored, really to throw this,” Smith said. “When the keyboardist hits that first note, that’s when everything fades away and a sense of calm comes over me.”

Meanwhile, Wilson is gearing up for a whole summer lineup that includes local artists as well as internationally acclaimed bands, like Jimmy Eat World, which will perform on September 8.

Download the News 5 Cleveland app now for more stories from us, as well as top news alerts, the latest weather forecasts, traffic updates and more. Download now on your Apple device here, and your Android device here.

Instagram, owned by Meta, extends Reels to 90 seconds to engage its audience