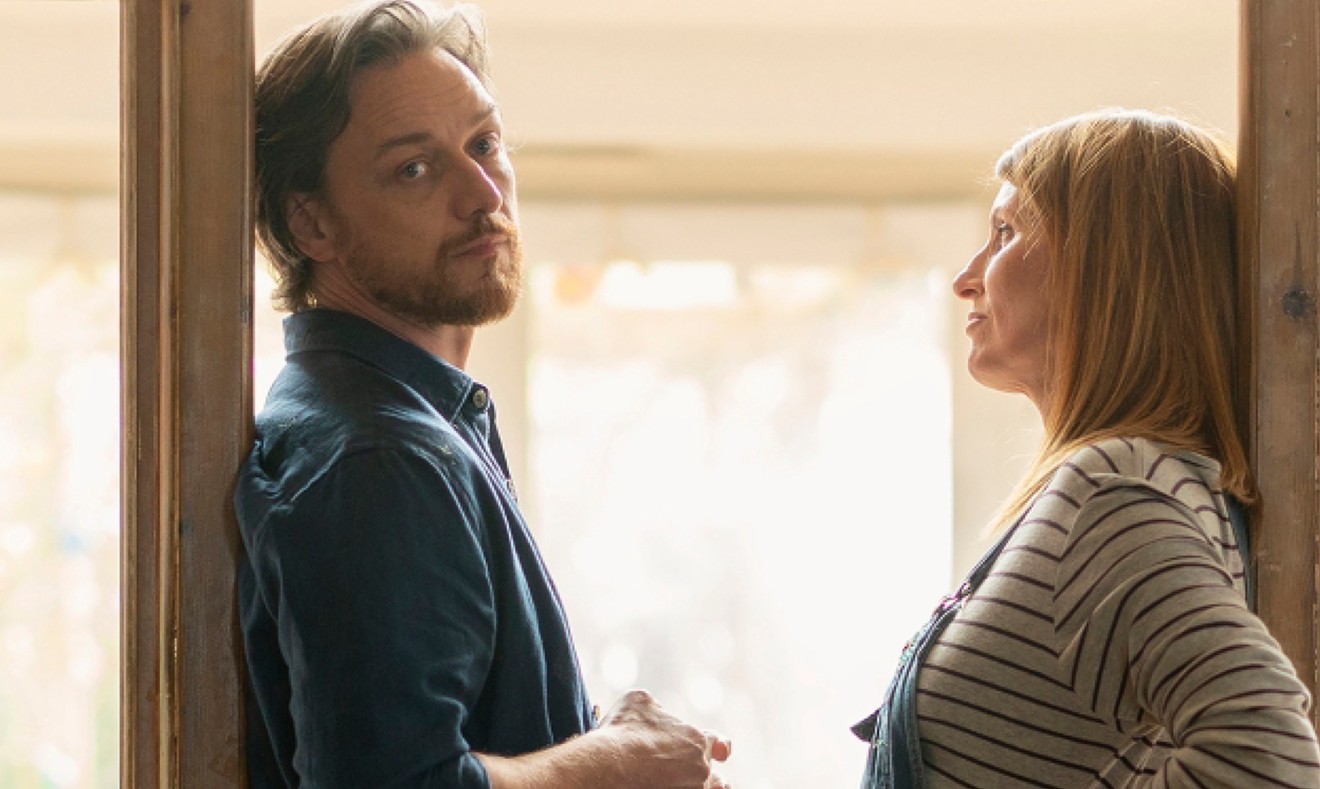 CinemaSavannah is ready to bring everyone together for its first screening of 2022. After delays caused by covid-19 restrictions, CinemaSavannah presents the film “Together” Friday, January 28 at 7 p.m. at the Ben Tucker Theater inside the Savannah Cultural Arts Center.

“Our first attempt in December before the holidays didn’t go well as we only had 25 people come to see First Cow, but now that the pandemic is surely waning we hope to see a large enough crowd to reward our efforts to keep the program running. So the thrill hasn’t gone away, and I know I’m going to feel it coming back soon,” said Tomasz Warchol, Founder of CinemaSavannah.

“Together” is a 2021 British comedy-drama film written by Dennis Kelly and directed by Stephen Daldry. It stars James McAvoy and Sharon Horgan as a couple reassessing their relationship during the COVID-19 pandemic, with Samuel Logan making a guest appearance as their special-needs son, Artie.

“What better way to exorcise our collective pandemic trauma than to come together and watch the best film about this experience. This is the story of a family, like so many others, who found a way to survive and recover together,” Warchol said.

This film comes at a good time as it reflects what many couples faced as the world was locked down earlier in the pandemic. In “Together”, the couple’s relationship crumbles but during the film, which takes place roughly from February 2020 to the spring of the following year, their relationship is reawakened, re-examined and fiercely analyzed.

“It will remain timely as long as we know our lives are restricted by the pandemic. I wanted to show it late last year thinking it would have coincided with the end of the pandemic but the virus had other plans so now I guess we can use the film to help us appreciate the struggles we had all been through and our difficult road to recovery,” Warchol said.

Many critics applauded the originality of the films’ writing as well as McAvoy and Horgan’s chemistry and performances which were described as raw and real. Warchol thinks CinemaSavannah audiences will appreciate these aspects of the film.

Both leads are relatable characters who have tackled a variety of issues. We all know someone who thinks like each of them and that does the writing credit, too.

Everyone probably knows a couple like this who – during lockdown – the dynamic of the two personalities had us wondering if their relationship would survive or would they tear each other apart.

Some critics have criticized the film for its approach to politics, the film’s odd setting, and its use of breaking the fourth wall.

Warchol thinks the two actors addressing the audience through the fourth wall was a brilliant narrative and dramatic device that was warranted.

“You literally need that fourth wall to share your thoughts and feelings with someone other than the person you’re ‘stuck’ with. I love how we, the movie audience, not only become passive observers/voyeurs, but also the invisible lifeline, the emotional outlet of the characters, their patient listeners. It’s genius,” Warchol said.

For me, while I think using the fourth wall was necessary, at times I felt like it was too much when the two actors were onscreen together. As if they had no place to breathe. Although it did give the audience that dynamic of the characters sharing their thoughts while stuck with someone. Ultimately, I enjoyed the story and the couples journey through lockdown.

See the film “Together” Friday, January 28 at 7 p.m. at the Ben Tucker Theater inside the Savannah Cultural Arts Center. The mask is mandatory in the building and the capacity will be maintained at less than 60%. Doors open at 6 p.m., the movie starts at 7 p.m. and costs $10.

“My staging will be different from my concerts”