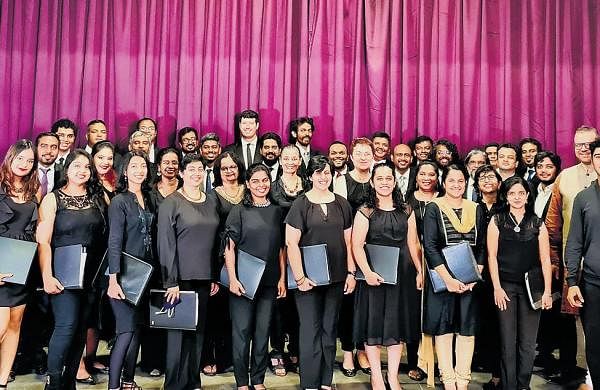 BENGALURU: After 18 long months, the Bangalore School of Music, with the team The Bangalore Men and Capella Bangalore, is preparing to take center stage. This time around, the choir will sing non-classical pieces in addition to Broadway and musical songs. Called Bangalore Rhapsody, there will be a collection of songs from Queen, The Beatles, Lloyd-Webber and more. There will also be musical selections from West Side Story, The Lion King, The Man of La Mancha and more. The concert, composed of solos, duets and choirs, is supported by pianists Rebecca Thomas Colaco and Shantanu Patel, under the direction of Jonas Olsson, choirmaster and head of the vocal department at BSM.

Continuing with gigs and virtual practices since the pandemic hit last year, the team really can’t wait to finally be able to perform in front of a live audience. Olsson says: â€œWorking virtually was good and we got great results, but now it’s time to go back to the old routine. We have been practicing in person since September. From recording in solitude, it’s a welcome change, as Olsson points out. â€œAll this while we had to practice and record individually, imagining what the whole ensemble would look like. Now we can make immediate changes that make the whole mixing process easier. To top it off, it’s so much easier to conduct a concert physically than virtually. But it was so rustic when we got together in September, â€says Olsson with a laugh.

Capella Bangalore consists of an all-female crew of 42, while The Bangalore Men, as the name suggests, features 22 male singers. â€œEven during the pandemic, we have a few new hires. They were working with us virtually, so this is going to be their first show with us, â€he says, adding that only a few of them have left to pursue higher education. â€œWe are known for singing classic western songs. We love to do it, but as we’re coming back after such a long time, we felt that a change in the type of music was the right kind of explosive comeback that everyone needs, â€said Olsson.

The performers feed off the energy of the audience, and Colaco is thrilled that she can do it again. â€œAs a musician, I am delighted to be able to practice and play on stage again. As musicians, we feed off the energy of the audience and that inspires us to perform better. It’s amazing knowing that our two shows are already sold out – people want live shows too, I guess, â€adds Colaco. Bangalore Rhapsody will be performed on October 30 at the Bangalore International Center, Domlur, and on November 13 at the East Cultural Association, Indiranagar. For tickets, log in to bookmyshow.com