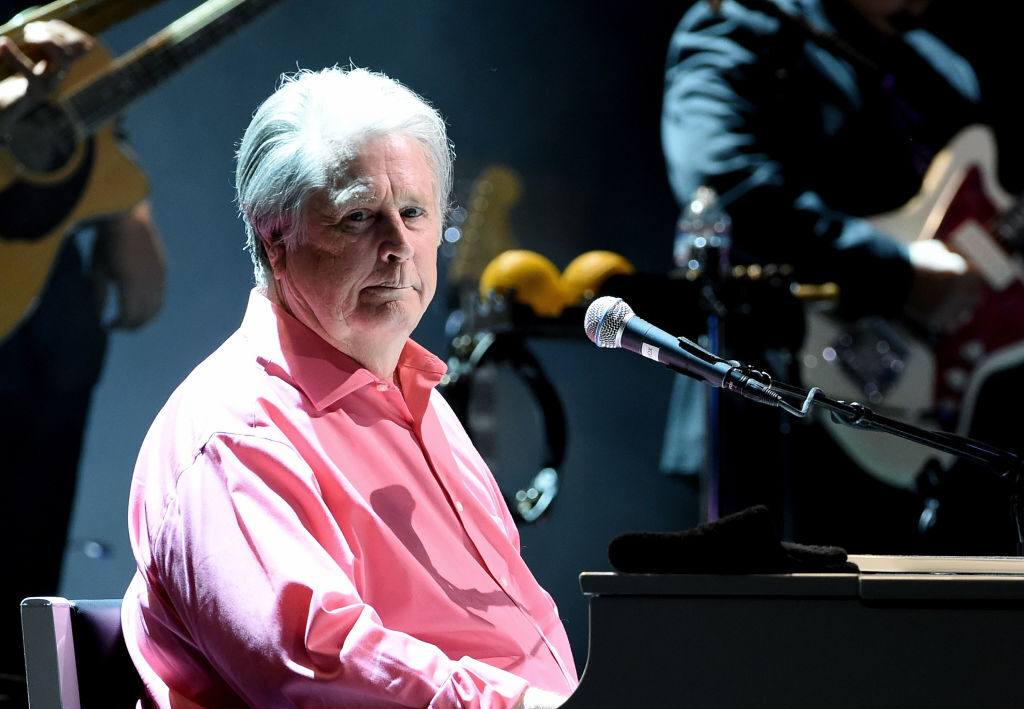 Nobody likes to dwell on growing old, wondering about the great passage of time that transports us from childhood to geezerdom. Age can be a blessing, but let’s not look too closely at that blessing, lest we strain our backs.

Monday, however, I had no choice.

Founder of Beach Boy and chamber pop genius Brian Wilson came to Kansas City with his amazing backup squad. He was playing at the Starlight Theater in Kansas City on a double bill with jazz-pop rockers Chicago, and I just had to go. I’ve been a devoted Wilson fan teenage symphonies to god – “Good Vibrations”, “God Only Knows”, “Heroes and Villains” – since I was a teenager myself. June 20 was also Wilson’s 80th birthday.

But that wasn’t the only milestone anniversary. On June 7, 1997 — 25 years and two weeks ago — I traveled to Bonner Springs with my dad to see the Beach Boys play a gig with (you guessed it) Chicago. It was my high school graduation present and my first rock concert.

This quarter century has been eventful on a personal, musical and political level. At least.

On a personal level, I met my husband and had a son. I mourned the loss of my mother. We moved to Florida and New Hampshire, then back to Kansas. I became an editor, then an editor and page designer, then a columnist and fact checker, then a nonprofit communications professional, then opinion writer. All in the wake of these 25 years.

Heck, I hadn’t even come out of the closet back then. As easy as it may be to forget, in 1997 he was still illegal to be gay in the Sunflower State.

For Wilson and the Beach Boys, those years proved to be eventful in their own way. The tour I saw was the last for Brian Wilson’s brother, Carl, who died in 1998. Carl had led the band through decades of restlessness, a calm presence, and a beautiful voice that made latter-day dreck listenable like “Kokomo.” The band then split up, with Brian starting a solo touring career and enjoy an unlikely late career revival.

Wilson had battled mental illness and personal demons since the 1960s. Yet a supportive family environment, expert medical care and a group of young pop stalwarts allowed him to tour the world, win Grammys and see his life adapted into a film. with John Cusack.

Along the way, our paths crossed. I interviewed him in 2010 and befriended a member of his band. I went to shows and cheered as he resurrected the long-lost SMiLE album. I watched the The Beach Boys reunite briefly and wonderfully in 2012 before going their separate ways again.

Life, in other words, happened.

Our country has also changed. In 1997, Kansas politics was at a crossroads, as the Republican delegation to the US Senate demonstrated. Longtime Senator Bob Dole had resigned the previous year to focus on his ill-fated presidential run. U.S. Representative Sam Brownback won an auction to replace him and would subsequently distort state policy for years to come. Fellow US Rep. Pat Roberts, a more majestic and more centrist politician, followed Nancy Kassebaum into the other state Senate seat.

The governor at the time was moderate Republican Bill Graves. He was replaced by a moderate Democrat, Kathleen Sebelius, politician footnote Mark ParkinsonBrownback and current Governor Laura Kelly.

The legislature sometimes drifted, sometimes swung to the right during this period. Moderates staged a comeback in 2016, prompted by Brownback’s colossal mismanagement of state finances, but they soon found themselves again in danger.

During this period, our country has also shifted, from the moderation of Presidents Bill Clinton and Barack Obama to the “compassionate conservatism” of President George W. Bush and the impending fascism of Donald Trump. We watch and wait now, President Joe Biden managing a ever more divided countries to see what happens next.

The music swelled and overcame the years, linking past and present together. You couldn’t ignore the age – Wilson was never the most charismatic live performer – but the songs themselves washed over the crowd like refreshing waves.

The music swelled and overcame the years, linking past and present together. You couldn’t ignore the age – Wilson was never the most charismatic live performer, and his stage presence dwindled even further after recent back surgeries – yet the songs themselves washed over the crowd like refreshing waves.

“California Girls.” “Wouldn’t that be nice.” “Don’t worry baby.” “Wild honey.” “Surfer girl.” Each communicate all the passion, desire and escape of youth.

We can remember and we can rebuild. We can share what we have learned with others.

I saw Brian Wilson leave the stage on Monday, a freshly banged 80 year old man guided by an assistant and holding a walker. For some, that might have seemed sad. But not for me. I saw a man of fierce tenacity, someone who built an edifice of sound that lasts and refuses to let others forget.

I can only hope that when I turn 80, when time has dragged me deep into grumpy old man territory, that I will be here doing my own thing, contributing to this majestic state that I love so much.

The Bachelorette: 6 reasons why I’m nervous for the double season