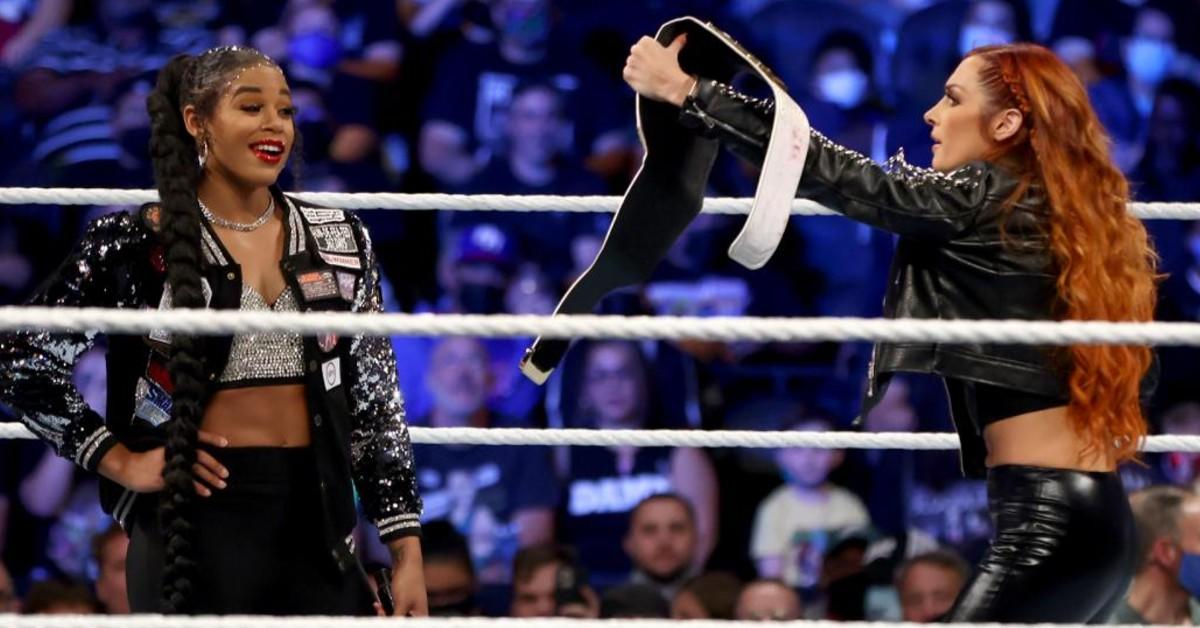 Bianca Belair and Becky Lynch have been wrestling on WWE Live Event Tours since â€œThe Manâ€ returned from his hiatus and a particularly awesome moment in one of their matches started going viral this weekend. The two were fighting outside the ring during a match when Belair spotted one of his fans near the entrance ramp sporting a braid similar to his own. She then grabbed Lynch by the hair, led her to the fan, and hit Lynch in the head with her hair, which Lynch immediately sold as a devastating move. Belair then gave the fan a high five before returning to the ring.

The clip of the match was released Sunday morning and was viewed over 40,000 times in a matter of hours. Lynch and Belair will face off for the SmackDown Women’s Championship at Extreme rules pay-per-view tonight.

The smile on this girl’s face is awesome, that’s the fight ðŸ’› pic.twitter.com/VxGn7OPAPZ

Belair revealed in an interview with Inside The Ropes this week that her match with Becky Lynch at SummerSlam was completely a last-minute decision. “The EST” lost to “The Man” in less than a minute, paving the way for Lynch’s new heel character.

â€œBut for me, I think I was able to get by by recovering so quickly,â€ she added later. “And I think my trip, it all happened so fast and I just took it and took the opportunity and continue to build my reputation as someone who is always reliable and who shows up and shows up and put on a great show and performance and you know I have a reputation for being great at what I do. But I think that out of that most people would see me get beat in twenty six seconds [and think] ‘Oh no, this is the end of her.’ But I think it kind of shows how much the fans are behind me, how much I really am. I’m not going to give up and whenever I see an opportunity, keep going. So I think it’s a great story. Big feud with Becky and you know when and if – I’ll say when I get my title back – it’ll be an even bigger time for me. “

Instant App-Based Loans Could Lead You To Debt Traps