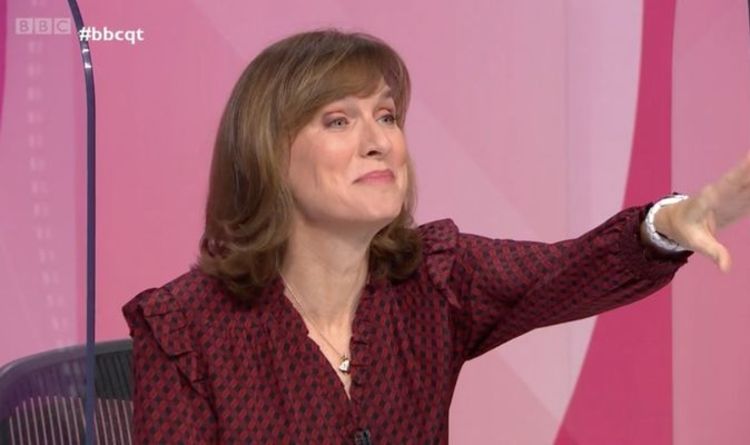 However, before a member of the audience had a chance to ask their question, Ms Bruce made a hilarious blunder.

The presenter of the show asked the viewer to ask a question, pointing to a person: “The man behind the back”.

Quickly before diving into a question, the viewer corrected Ms. Bruce.

The audience member told the panel, â€œI’m a woman, actually. “

READ MORE: Farage warns of ‘time issue’ for Johnson to offer his resignation

She said: â€œI think it’s going to happen again in the future unless we really make sure the rest of the world, especially in the poorest countries, gets the jab.

â€œBecause obviously the Omicron variant transferred to another country and arrived in that country.

“Rich countries should come together and make sure other countries are also immunized en masse.”

The woman’s comments earned her a round of applause from the rest of the audience.

The BBC’s flagship political program Question Time will return in the New Year at 10:35 p.m. on January 13 from Shrewsbury and again on January 20 from St Andrews.