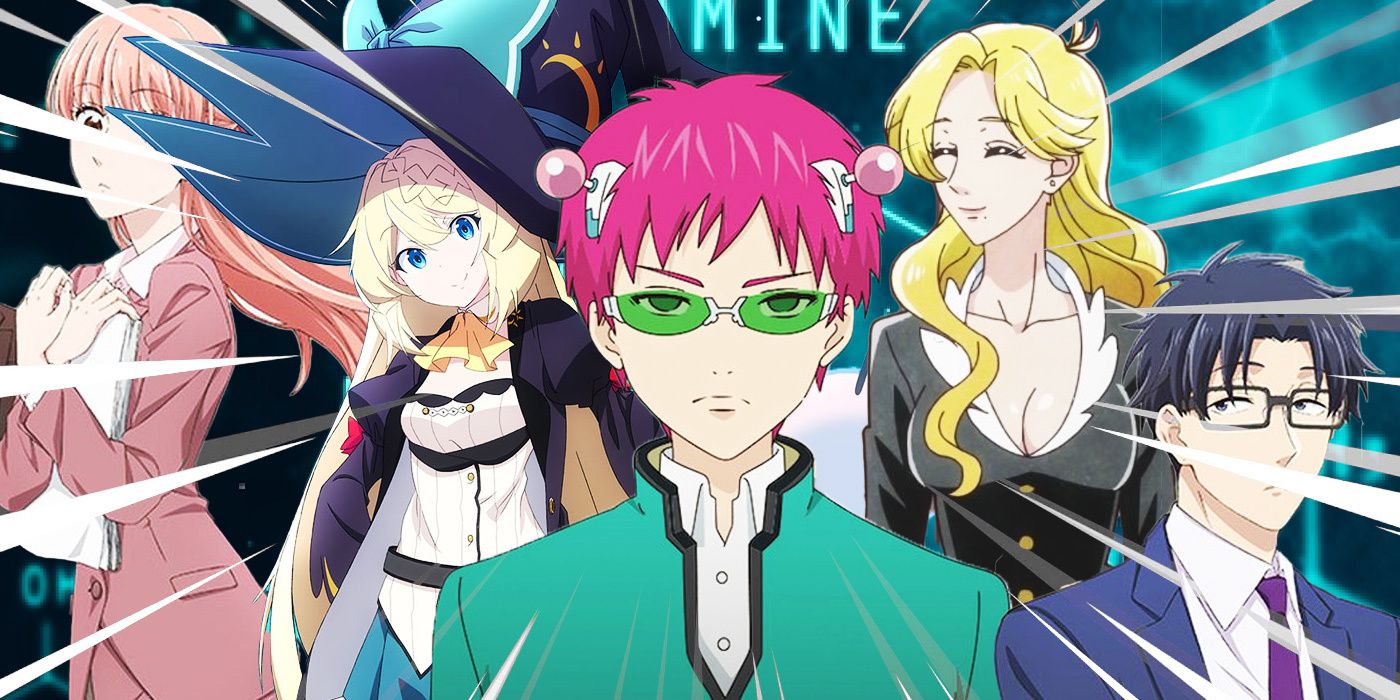 Anime that will give you a dopamine boost

The world can be a chaotic, stressful and depressing place. Sometimes you just need light content to get you through your day. If you’re an anime fan hoping to find something that will give you a pick-me-up or if you’re new to anime and looking to try something low-stakes to get into it, look no further. Here are seven different flavors of happy anime to brighten up your day.

The disastrous life of Saiki K

Saiki Kusuo is an extremely powerful psychic who hates his powers. More than anything, he just wants to live a peaceful, boring life. Unfortunately, he was cursed with the most powerful psychic abilities the world had ever seen. This show is a fast-paced, extremely meta comedy in which Saiki tries (and fails) to live a peaceful life as all the people in his life (whom he refuses to call friends) take their toll, and he’s forced to secretly sort out their mess. With excellent performance in both dub and sub, The disastrous life of Saiki K is fantastic, whatever your preference.

First, God created the earth, land and sea. Then he set about creating the creatures that would populate his world…but he got tired and externalized it. Now, Heaven’s design team is working to create animals from scratch based on vague instructions from the almighty. Part absurd office comedy, part semi-educational zoology, The Sky Design Team is a unique take on many typical comedy tropes. The quirky design team struggles each episode to come up with a creature viable enough to survive Earth’s harsh conditions and to collaborate with each other with all of their contrasting visions for the perfect creation. Half the fun of each episode comes from trying to guess which real-world creature their monstrosities will turn into. With only 13 episodes, The Sky Design Team is a short but sweet adventure guaranteed to brighten your day.

RELATED: How ‘My Dress-Up Darling’ Creates Its Relatable Cast

Wotakoi: Love is hard for Otaku

Nerds can have romantic comedies too! Narumi starts a new office job and reunites with her old otaku friend, Hirotaka. They bond over the difficulty of finding love as hardcore nerds and decide to date because it’s easier to date another otaku. The show is filled with nerdy shenanigans with the group of otakus that end up in this business. Love East difficult for otakus but Narumi and Hirotaka make it work slowly and awkwardly. Wotakoi is steeped in otaku culture, but the comedy and romance transcend the nerd realm to create a charming and fast-paced anime romcom.

The isekai genre normally gives the main character a chance to live a more exciting life than originally, transporting them to a new fantasy world with fantastic new challenges. Azusa is not interested. After working to death at her office job, Azusa gets a second chance at life in a fantasy world. But rather than embark on epic quests, Azusa would rather live the quiet life she never had the first time around. And that’s what she does. She’s spent 300 years leading a quiet life, but it turns out that rigorous routines can pay off. Azusa accidentally reached her maximum level, becoming arguably the most powerful witch in the world. Now she has adventurers knocking on her door trying to test their strength, asking for her help, and generally wreaking havoc on Azusa’s peaceful and perfect life. Now she must deal with all these impatient intruders the only way she knows how: to make them her newfound family. I’ve been killing Slimes for 300 years and reached my max level adamantly refuses to be anything other than the jolly slice of life it set out to be, using its outlandish premise to create a product sweet enough to give you cavities.

Komi is the coolest and most popular girl in her school. Or so she seems from the outside, in truth her “cool” facade comes from her deep social anxiety which is so intense that she can barely speak outside her house. She wants to make friends more than anything but struggles so much with her anxiety that she doesn’t even know where to start. Until she meets Tadano. They just start writing notes to each other because that’s how Komi feels most comfortable, but after expressing his desire to have 100 friends, Tadano makes it his mission to help Komi’s dream come true. to come true. Each episode follows Komi through her various struggles to navigate life with her debilitating anxiety, and Tadano helps her form her first real friendships with the various quirky people who make up their class. Komi can’t communicate is a delightfully heartwarming story of friendship wrapped in wonderful comedy. With the second season on the horizon, it’s definitely not the one to miss.

Sports anime isn’t just about sports; they concern the players. Haikyu!! follows Karasuno Boy’s volleyball team as they attempt to find their way back to long-forgotten glory. Over many tournaments, trials, victories and failures, the team grows as individuals and as a team in a series of events that will move you at the most unexpected moments. With four seasons and more on the way, Haikyu!! is the biggest company on this list, but perhaps the most rewarding. Seeing the gradual growth of Hinata and her teammates as she finally comes to fruition, every success feels like you earn it with the team. Each character has something to give and as you get to know them over the course of the series, it can be incredibly emotional and hilarious to watch them progress.

Chiyo has finally found the courage to confess her love to her classmate, Nozaki. Except she missed the wording and the still oblivious Nozaki misinterpreted her love confession as a confession of admiration for her…manga? It turns out that Nozaki is actually the mangaka behind a super popular romance manga published in a monthly girl’s magazine. As the misunderstandings continue, Chiyo is drawn into the chaotic world of manga creation, joining Nozaki’s ragtag team of high school students struggling to meet their deadline. Monthly Girls Nozaki-Kun takes an almost slapstick approach to its weird comedy styles. It’s delightfully weird from start to finish and features a diverse cast of weird characters to complement its main cast.

I’m a writer from western Colorado who loves all things cheesy.

Payday loans you need to know near me