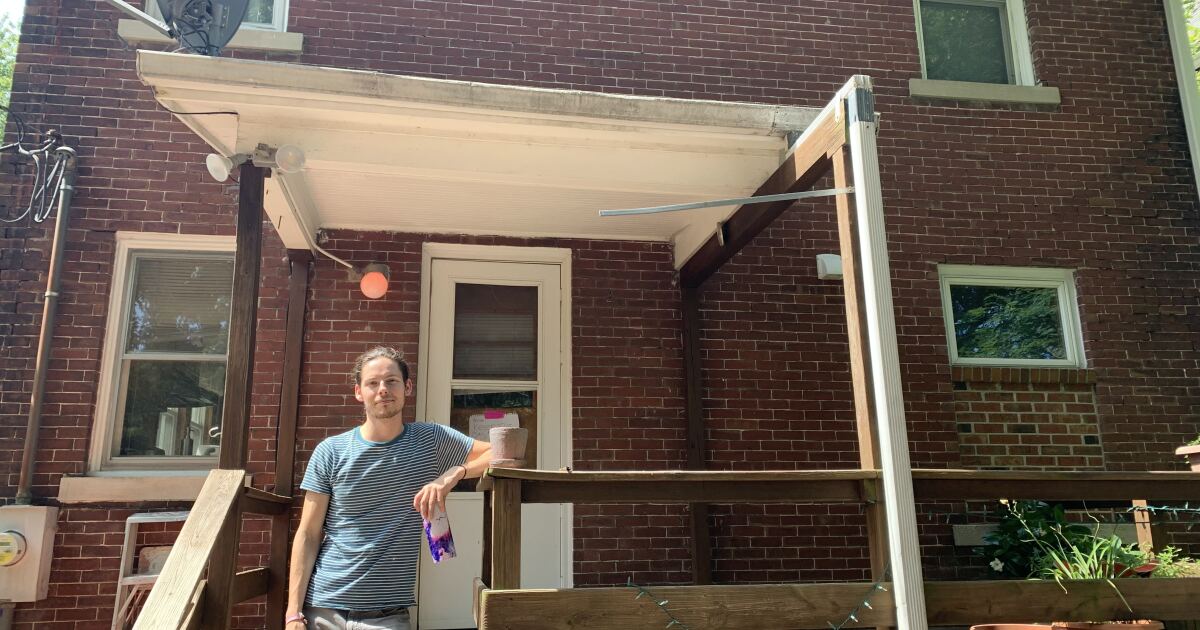 In the neighborhood surrounding the Bradley University campus, the place named Mt. Moon looks like any other home. However, over the past year, Mt. Moon has become a commonplace for the Peoria DIY music scene, hosting local and independent musical artists.

The event raised funds for Jolt Harm Reduction Center, an organization that seeks to combat the negative consequences of substance abuse. The event raised a total of $2,980 for the organization. Representatives from the Jolt Harm Reduction Center also made an appearance at the Mt. Moon fest to talk to attendees about their mission and what they can do to get involved and help those in need.

Jonathan Vota, the owner of Mt. Moon, talked about the first year running the house and how he got into the Peoria DIY scene.

“I found my parties with live music, i.e. house shows, and I thought that was the coolest thing,” Vota said, speaking about her exposure to house shows during his freshman year at Bradley, “My freshman year, I moved dorms to a rental house, and that’s when I started thinking, ‘I’ve got a space, let’s do some shows ‘, and that’s where it all started.”

The first house Vota operated was dubbed “Hyrule Castle”, and Vota states that the location became a big part of his college experience and led to him buying the house that would become Mount Moon.

“While looking for houses, I was like, well, I still want to do this house show thing,” Vota said, recounting her search for a suitable house to host performances, “That seemed like the thing that I should do, because it’s just been a big part of my life.”

Vota then explained the inspiration for the location being dubbed “Mt. Moon”, with the name referring to a fictional location in the “Pokémon” video game series.

“I was on a Pokemon reference when I got the house around June 2021,” Vota said, recounting his search for a name for the place he planned to hold in the house, “There was debate for about two months on what to call home, and Mt. Moon wasn’t on the list at all…it was Kai Hamon from [the band] Terribly happy to have brought up Mount Moon, and I hadn’t thought of that at all, but immediately we were all like, ‘That’s it!'”

A participant in this album release show, Patrick Selvey, remembers that night as his first concert he attended at Mount Moon.

“It was a really brilliant experience, for me it was the first show I had been to in a very, very long time,” said Selvey, recalling his first experience at Mount Moon, “It’s just amazing, you meet so many personalities, you don’t know what’s going to happen next, but it’s kind of the thrill of it all.”

Selvey attended Mt. Moon Fest, taking the opportunity to dress in a red suit, bow tie and straw hat, and wielding a cane for the anniversary event.

“It’s a place where you feel welcome, you can go there, be yourself and no one really bats an eyelid,” Selvey said, referencing how the Peoria DIY and Mt. Moon scene maintains an atmosphere of acceptance for all in attendance, and referencing her outfit, “So far, I’ve gotten so many compliments, and I couldn’t wear it anywhere, but with this scene, I can do anything. TO DO.”

Jonathan Vota’s plans for the future of Mt. Moon and his involvement in the Peoria DIY scene include expanding the venue’s online presence, as well as hosting larger shows at other venues.

“We want to launch so many more shows,” Vota said, “I think there are big plans for future things that we want to do.”

The ‘Brahmāstra’ team brings their ‘most special’ project to the public