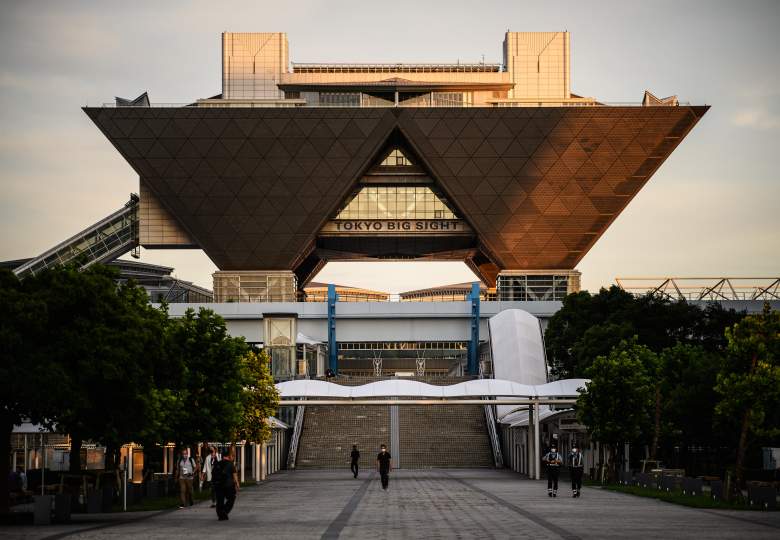 A general view of the Tokyo Big Sight, home to the Olympic IBC and MPC from which world media will work at the 2020 Olympics on July 17, 2021 in Tokyo, Japan.

Athletes from around the world come together to represent their country at the 2021 Olympics after the Olympics were delayed due to the coronavirus in 2020. The Olympics will be different this year with the host country Japan on a state of emergency in due to the pandemic and a significant limit on spectators.

The opening ceremony will be rebroadcast in prime time starting at 7:30 p.m. EST, NBC reported.

Here’s what you need to know:

Spectators for the 2021 Olympics will be limited to around 950 people, according to USA Today. This will include representatives from nations around the world and VIP participants. Last year has been designated as the year of the Olympics, but it has been postponed due to COVID-19.

“The highly anticipated Tokyo opening ceremony will be the first major global gathering since the start of the global pandemic last year,” NBC reported. “NBC’s prime-time broadcast will feature special Team USA coverage, as well as the performances, pageantry and parade of nations, at the heart of any Opening Ceremony, which will be especially meaningful this year.”

The Olympics were slated for July 2020, but Japanese officials decided to postpone the global event after officials in Canada, Australia and other countries said they would not send their athletes to the abroad at the start of the pandemic in March 2020, according to Mental Soie. The delayed start of the Olympics was the 6th time in modern history that the Olympics had been postponed or canceled since 1896, according to the article. Cancellations and delays were usually due to world wars in the past.

A hectic day of action highlights the last day of competition before the # Tokyo2020 Opening ceremony!

Fewer than 1,000 will be in the spectator crowd at the 2021 Olympics, which will not include local spectators after Japan declared a state of emergency just days before the games start.

“It will be different – international spectators were banned from the Games months ago, and just over a week before the opening ceremony, Japan entered a state of emergency and local fans were also banned, “USA Today reported. “Organizers said Thursday that the crowd at the venue will be limited to around 950 people, including VIPs, government officials and foreign dignitaries. First Lady Jill Biden will be there as the head of the U.S. delegation, and the U.S. Olympic and Paralympic Committee said it expects around 230 of its athletes to march in the ceremony.

Audio at the Olympics might sound different as well, the article continues. Olympics officials chose not to inject artificial noise, but instead decided to use audio equipment that will pick up more ambient sounds.

“Although the stadium is lacking in fans, there will be no man-made noise,” the article said. “Instead, managers will use more audio equipment to try and capture more natural sounds.”

READ NEXT: Oliver Daemen: Meet the 18-year-old who went to space