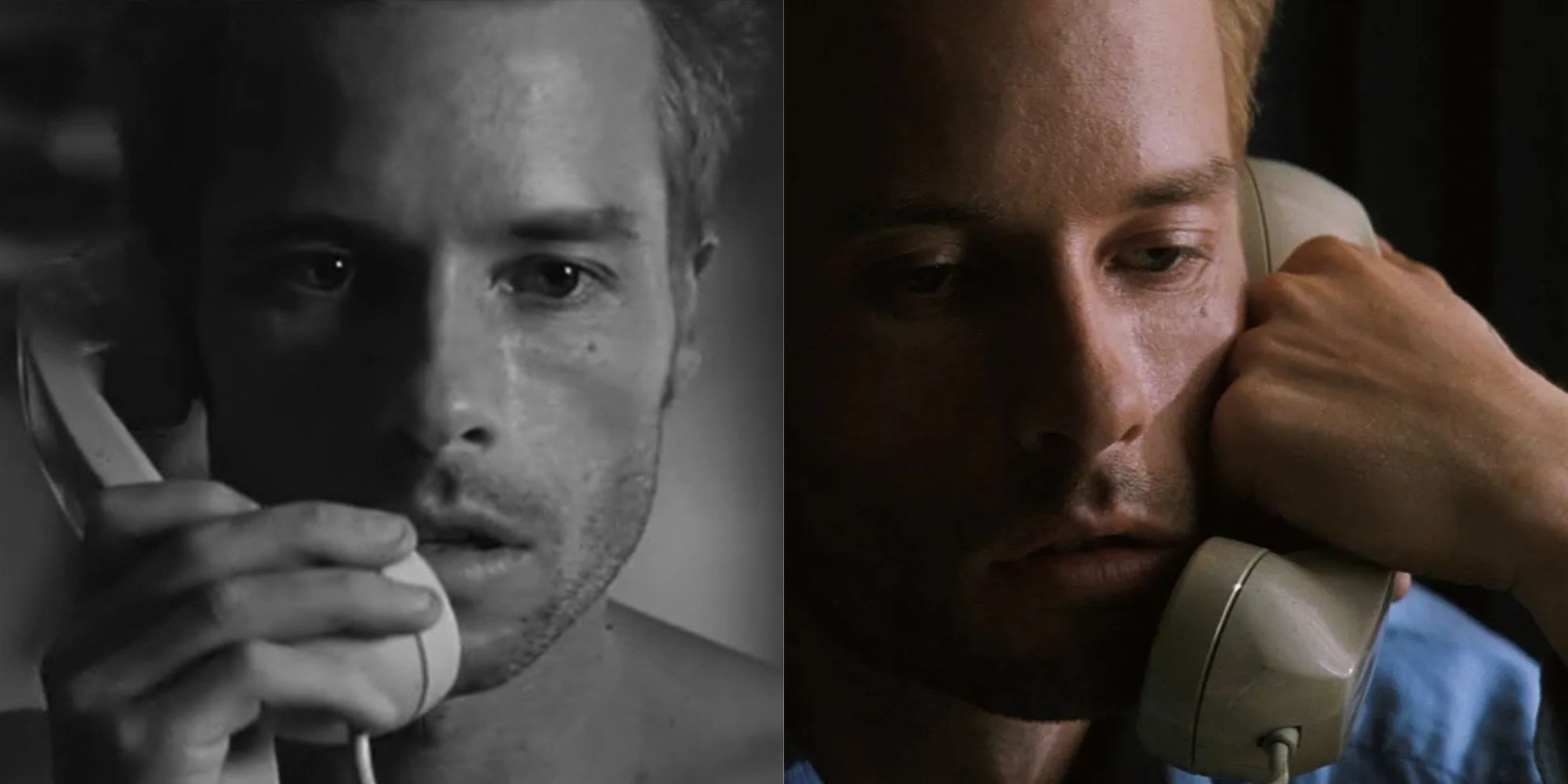 10 Movies That Tell Audiences About The Ending From The Beginning

For decades audiences have been continually entertained by the wonderful attraction of cinema, albeit with a few tweaks and twists to the formula over time to keep things fresh. While most viewers have grown accustomed to the traditional chronological order of events, unorthodox cinematic tricks are devised to counter boredom and passivity. Genre-mashups, multi-perspective narratives, to name a few.

Many films have adopted the following storytelling technique, but only a few effectively leverage its “wow” factor. That is to say, films that begin by telling the audience the outcome of the film, whether it is a sly foreshadowing or a striking dispatch.

Receiving a standing ovation at the 2000 Venice Film Festival, Memento (2000) is undeniably one of the directors Christopher Nolangreatest works to date. Nolan’s penchant for non-linear storytelling shines brightly in this neo-noir, taking advantage of contrasting color palettes and a unique narrative structure that oscillates between past and present, challenging the audience to piece together the full picture.

The film follows a mysterious man named Leonard Shelby with anterograde amnesia. Unable to form new memories, he can only rely on his peculiar system of Polaroid images and body tattoos bearing clues that will lead him to his wife’s murderer, although the dirty truth about Shelby may be quite shocking to the public.

Before winning the Oscar for The shape of water (2017), director Guillermo del Toro amazed Hollywood and global audiences with his Spanish dark fantasy film Pan’s Labyrinth (2006). Especially its opening sequence of main character Ofelia lying on the ground near death raises questions about the real identity of the 10-year-old girl.

Set in 1944 Spain, Ofelia is considered by one faun to be the reincarnation of the princess of the underworld. In order for her to return to her realm, she is given three tasks to complete in order to achieve immortality, but her emotional attachment to the mortal world brings uncertainty to her decisions, resulting in disheartening circumstances.

Ironically, Irreversible (2000) is a film whose series of events are told in reverse chronological order. However, the initial reaction of many viewers to the ultra-violent and heartbreaking film is indeed irreversible as apparently 200 people walked out of the theater during its Cannes premiere and another 20 fainted.

It may be confusing at first, but audiences will eventually understand how a man who bludgeoned another to death with a fire extinguisher and a woman who was brutally raped were once a happy couple expecting a baby. But in the end, time truly destroys everything in this ruthless demonstration of cause and effect.

Frequently cited by critics and fans as the greatest movie of all time, many didn’t know that Citizen Kane (1941) was a box office flop. Certainly ahead of its time, the quasi-biographical drama is an innovative examination of newspaper mogul Charles Foster Kane, where his rise and fall in his professional and personal life can be tied to a tragic childhood event that has ultimately determined his fate.

For many who haven’t seen but heard of the groundbreaking film, most may be most familiar with the infamous “Rosebud” line uttered seconds before the publishing mogul’s puzzling death. Told through the multiple perspectives of Kane’s associates, Kane’s accomplishments and struggles unfold slowly as audiences slowly realize the significance of “Rosebud.”

Another film that uses reverse chronology is the famous South Korean director Lee Changdongit is Peppermint candies (1999), stunning audiences moments after the film begins when an unbalanced middle-aged man stands in front of an oncoming train as if attempting suicide.

Beginning the film in 1999 and ending in 1979, the psychological drama gradually reveals the suicidal man as the main character Young-ho, who after years of torment by major Korean events such as the Gwangju massacre and the financial crisis Asian at the end of 90, lost his initial innocence and his passion for life. Audiences will be stunned to see the drastic transformation of a man who had mere dreams due to the traumatic historical events that had pulverized his humanity and masculinity.

Named after the street that has seen countless Hollywood film productions since 1911, Billy Wilderit is sunset boulevard (1950) is equally spellbinding even after being told of its ending from the start. And who can forget that infamous closing sentence?

When the body of struggling screenwriter Joe Gillis is found in a mansion swimming pool, the question arises: how did he get there and who killed him? Joe acts as the film’s narrator and begins to tell his story in flashbacks, ranging from his turbulent career to his tumultuous relationship with forgotten silent film star Norma Desmond that led to his impending doom. The brilliant combination of dark comedy and film noir makes for an entertaining watch in addition to providing compelling insight into the destructive power of fame.

Brimming with sarcastic dialogue revealing each character’s personality and quirks, pulp Fiction (1990) can be considered the epitome of how to make dialogue that isn’t boring

Not only does the use of individual vignettes of various characters connect to the bigger picture, but this dark comedy crime film also begins and ends with essentially the same characters. While the “Pumpkin” and “Honey Bunny” couple are introduced as thieves seemingly taking over a restaurant in the prologue, the finale tells a different story. Unlike “Pumpkin” and “Honey Bunny,” audiences are fully aware of the badassery Marsellus Wallace is well equipped with when the Rogues take on the hitman.

According to the semi-autobiographical account of Akiyuki Nosaka, the Grave of the Fireflies (1988) follows the struggles of two siblings to survive the horrors of World War II in Japan. Effectively illustrating the devastating effects of war, the Studio Ghibli film depicts how the younger generation grew up in a time when misery, starvation and apathy were the norm.

Although the animated film sees lighthearted interludes of the siblings finding simple pleasures in the smallest things, the start of the film already reveals a bittersweet reunion. As younger sister Setsuko is shown to have died of malnutrition in the story’s coda, viewers can finally connect the dots, understanding that older brother Seita, who died of starvation, finally joins his deceased sister in spirit as that he was surrounded by fireflies at the start of the film.

RELATED: Every Studio Ghibli Movie Ranked From Worst To Best

The American historical drama begins with a riddle, where a woman recounts how she gave “every piece of herself” to a man named Reynolds, who in turn made her dreams come true. The woman is Alma, a young waitress turned muse of famed fashion designer Reynolds Woodcock with a penchant for dominance and eccentricity.

ghost yarn (2017) revisits their tumultuous romance that led to career milestones and precarious circumstances where tendencies to demonstrate dysfunctional love proclamations are relentless. Alma’s cryptic conversation at the start of the film turns out to be Reynolds finally coming to terms with the importance of compromise in a relationship, where he succumbs to being poisoned by Alma so he’s in a vulnerable position for her. love it.

RELATED: Movies About Dysfunctional Love Relationships Because Nothing Lasts Forever

The horror film begins with a TV interview with the sole survivor of a Halloween massacre orchestrated by Art the Clown. Art the Clown’s heinous displays of murder continue to haunt audiences as on Halloween night he begins to terrorize two girls and a few other unconscious victims in an abandoned building. After an hour of violent imagery ranging from mutilations to beheadings, the survivor is finally revealed to be one of the girl’s sisters, and her horribly disfigured face is the result of Art the Clown’s cannibalism.

NEXT: Movies You Had to Watch Multiple Times to Understand